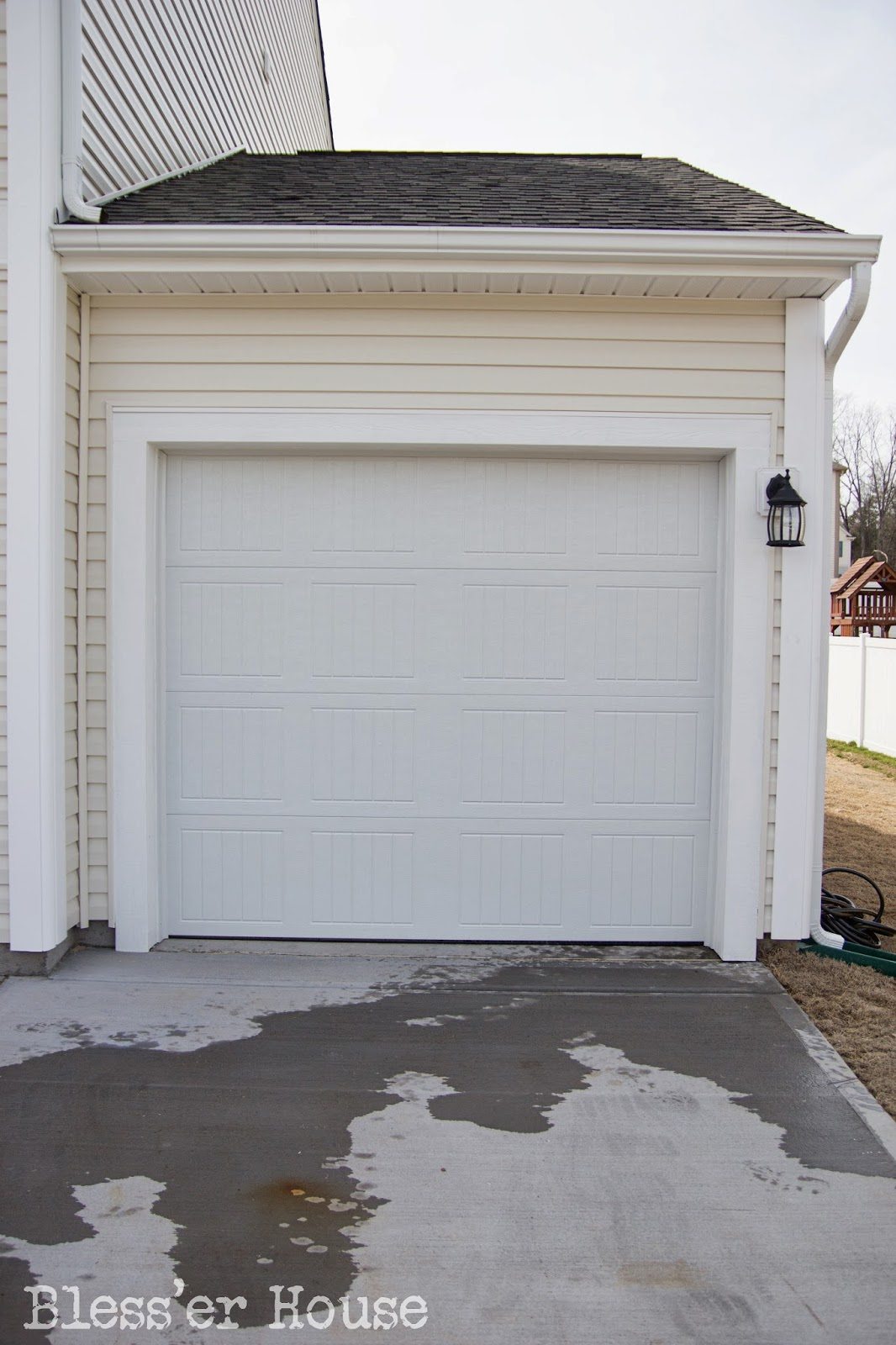 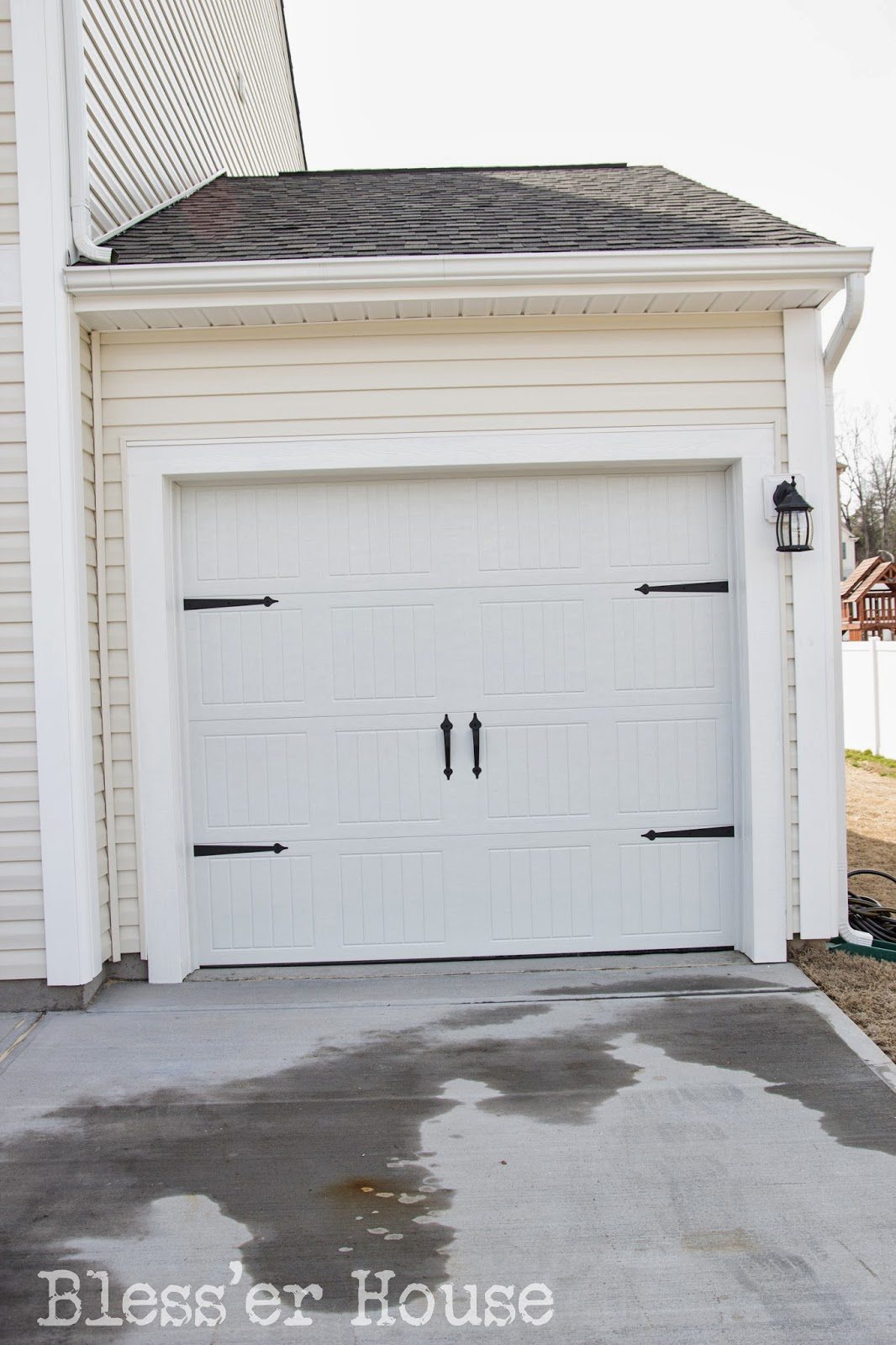 Ever pull up into your own driveway and think, “Dang that’s a nice house.” Well okay, maybe it doesn’t happen that often, but I had several moments of adoration at our new and improved elevation today. My wonderfully gracious parents offered to keep Livie Bug this weekend, so that meant Robert and I got a play day to get projects done! (You know you live a prioritized life when you trade in the “play days” of party scenes and Saint Paddy’s Day bar hops for more dates at home doing sanding, drilling, and painting.)
While looking for some garage organizational materials in Home Depot (which I’ll post about later since that’s still an ongoing process), we found this garage door kit by Crown Metalworks. $19 later and we were sold! 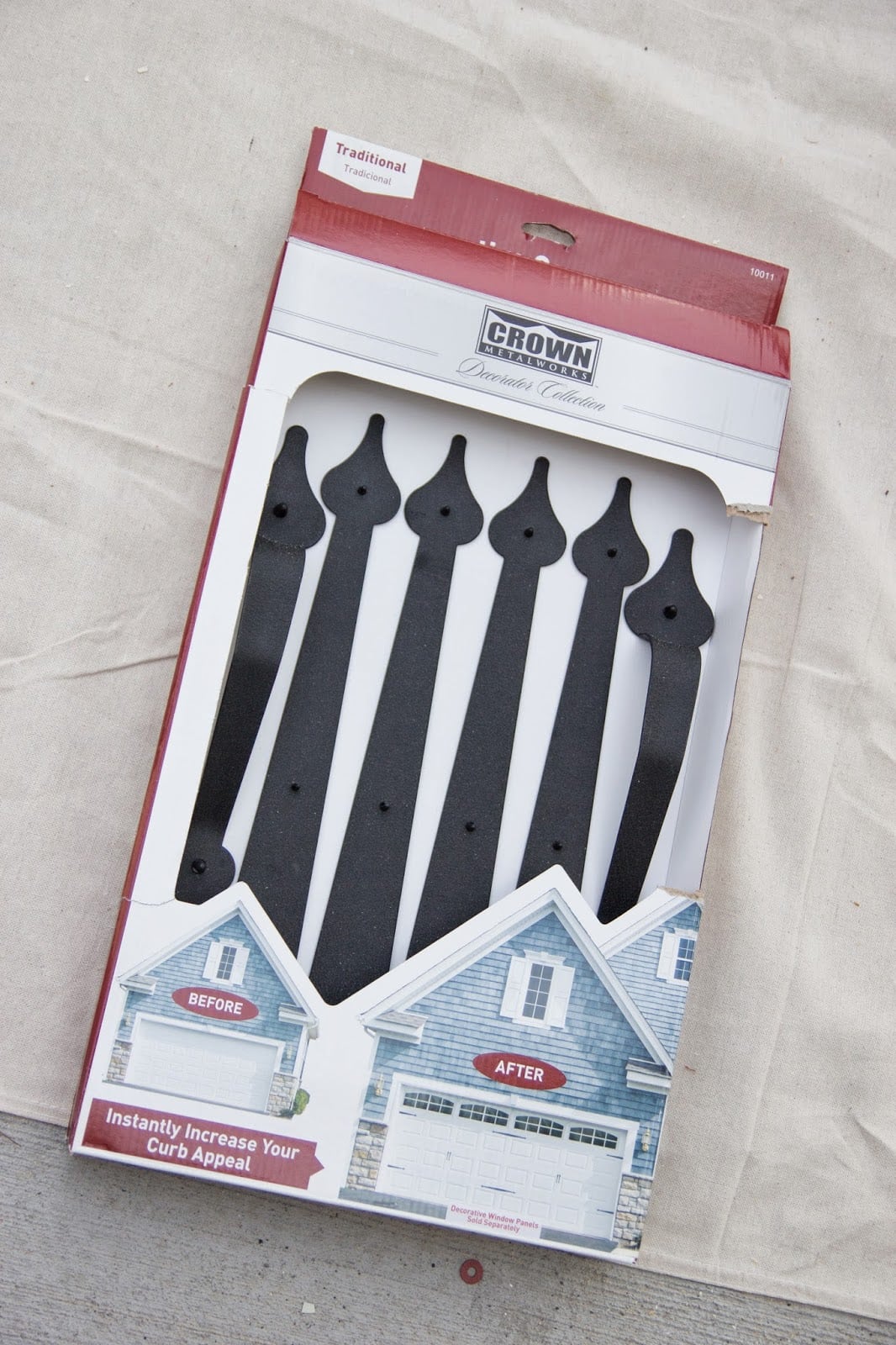 Here is our very plain, builder-grade before shot: 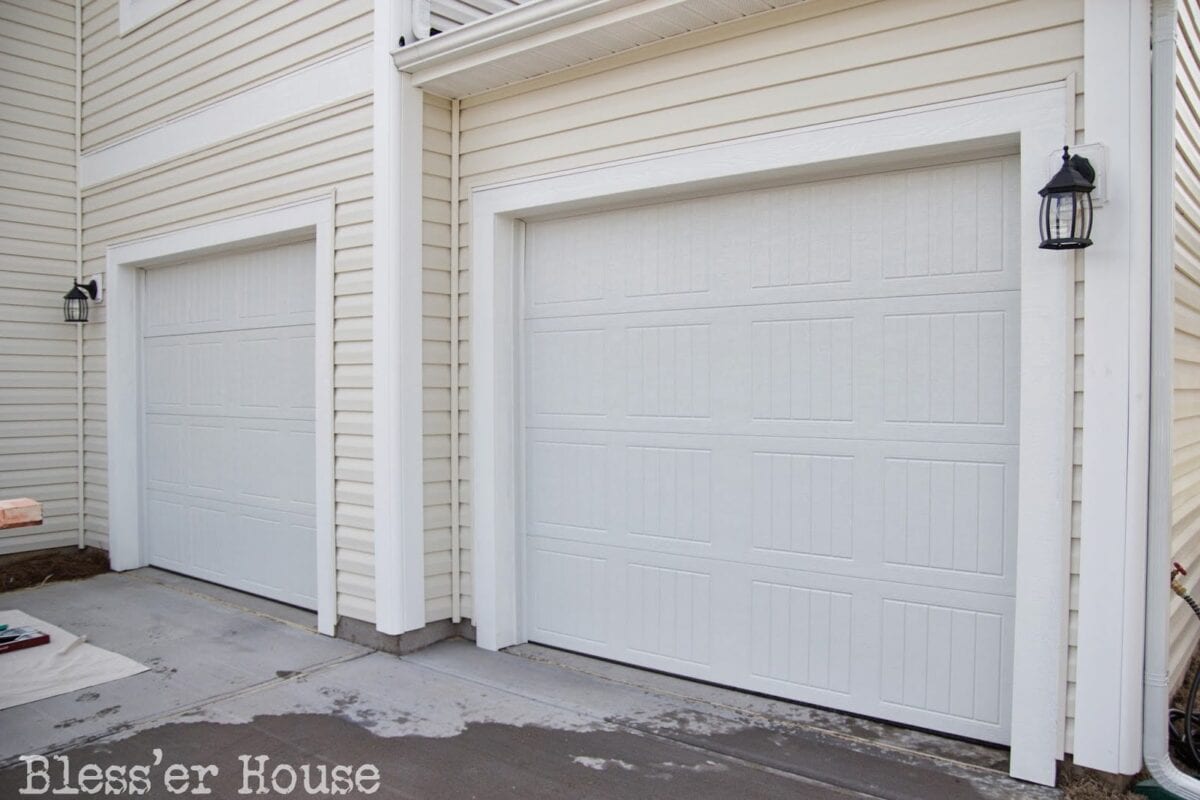 The instructions were very easy to follow. Even though it wasn’t difficult to level and align the hardware pieces since the garage door already had lines on it, we still played it safe and measured up where we would drill the holes. 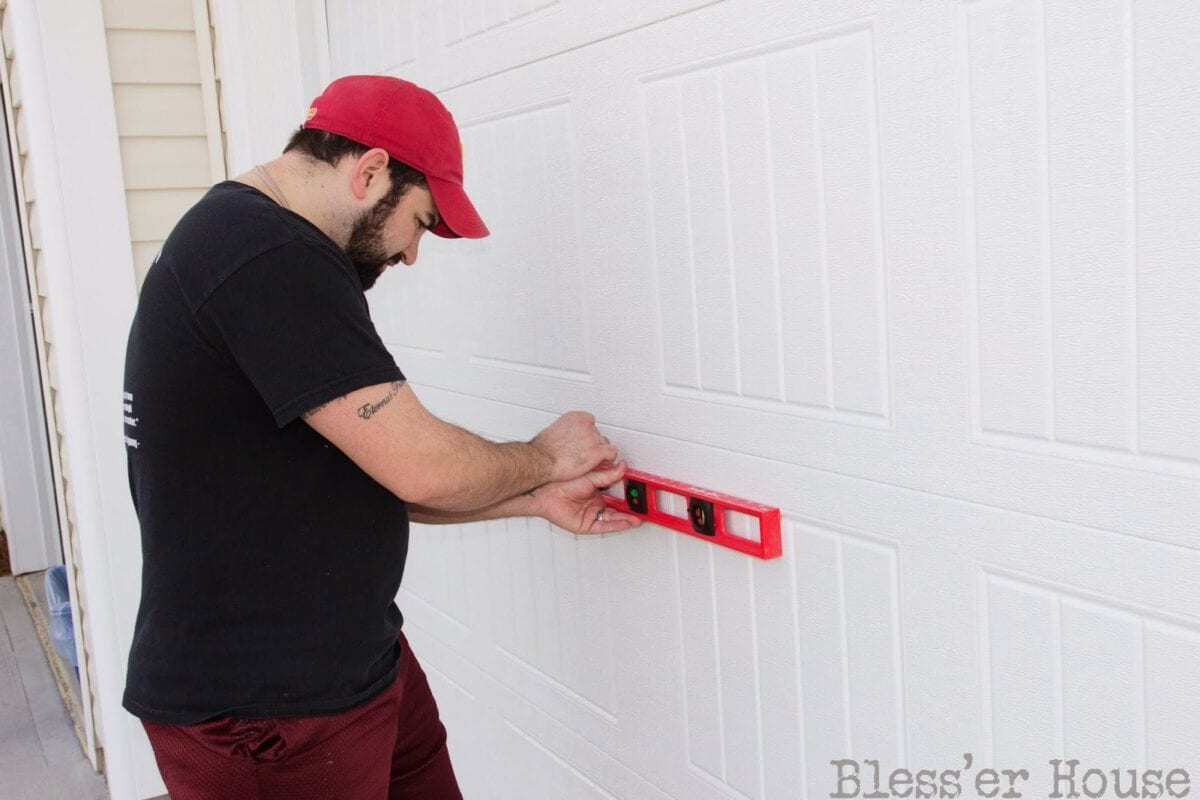 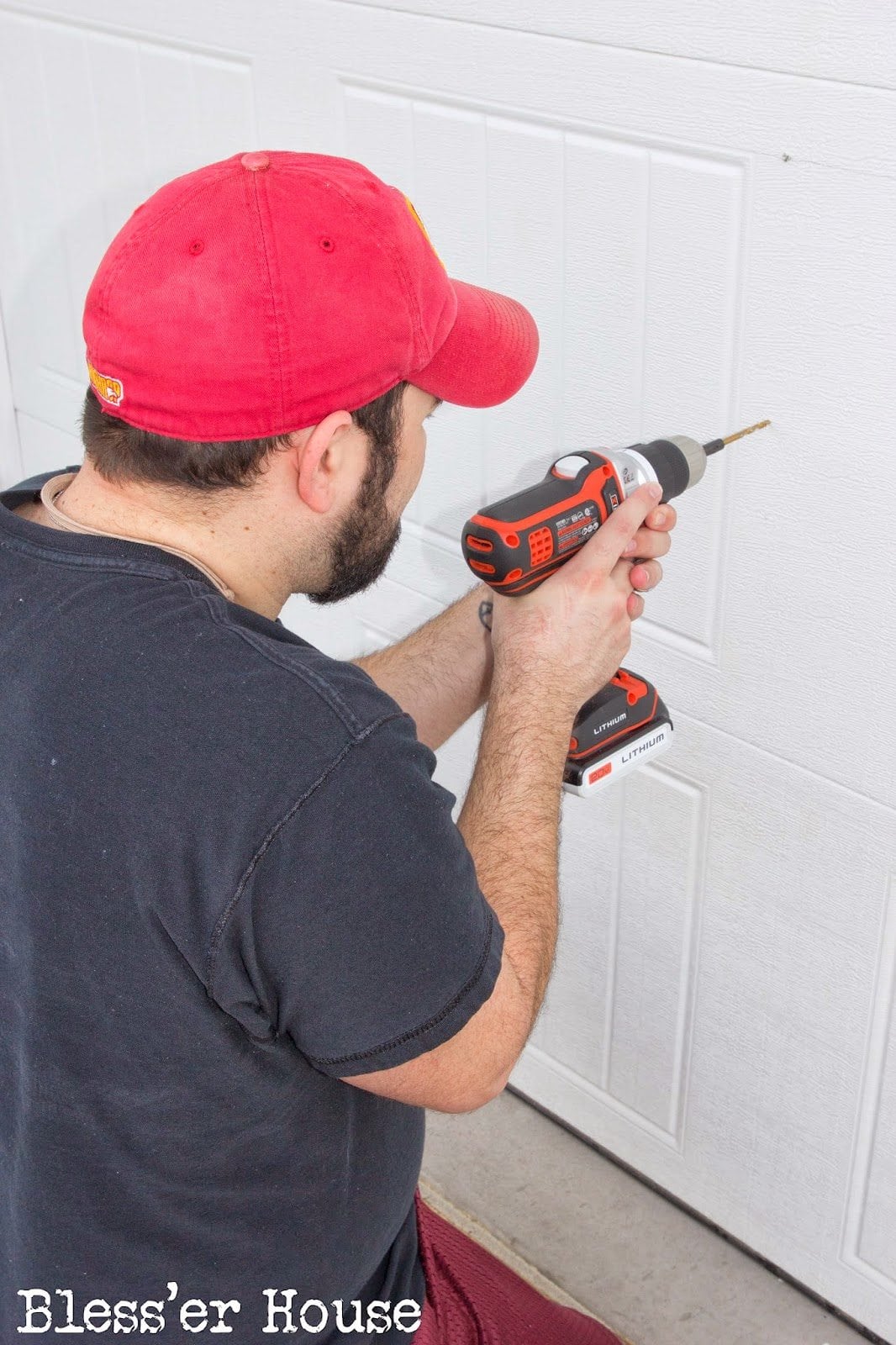 Once the four center holes were drilled for the two handles, we (and by we I mean Robert) screwed them in. 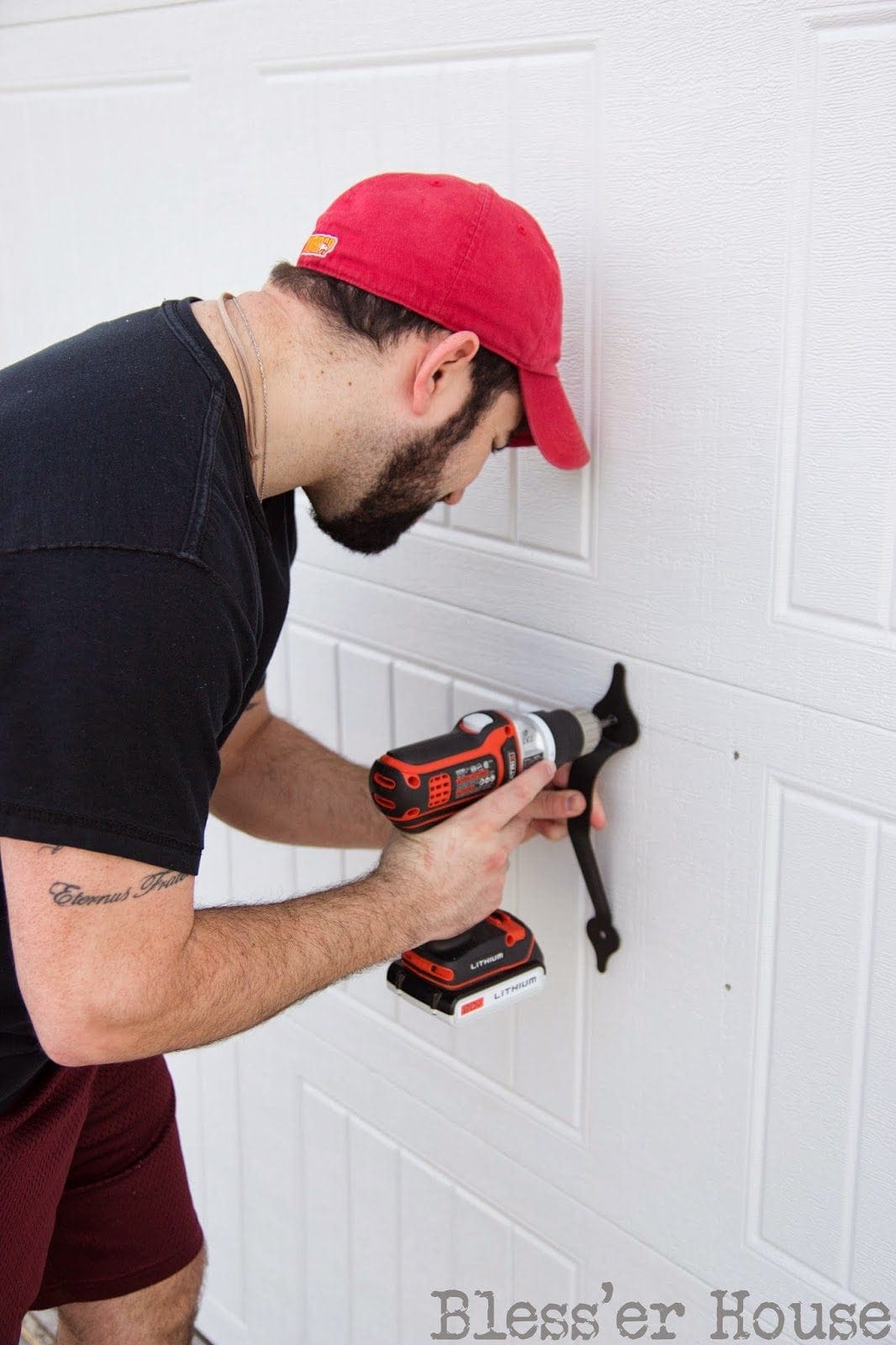 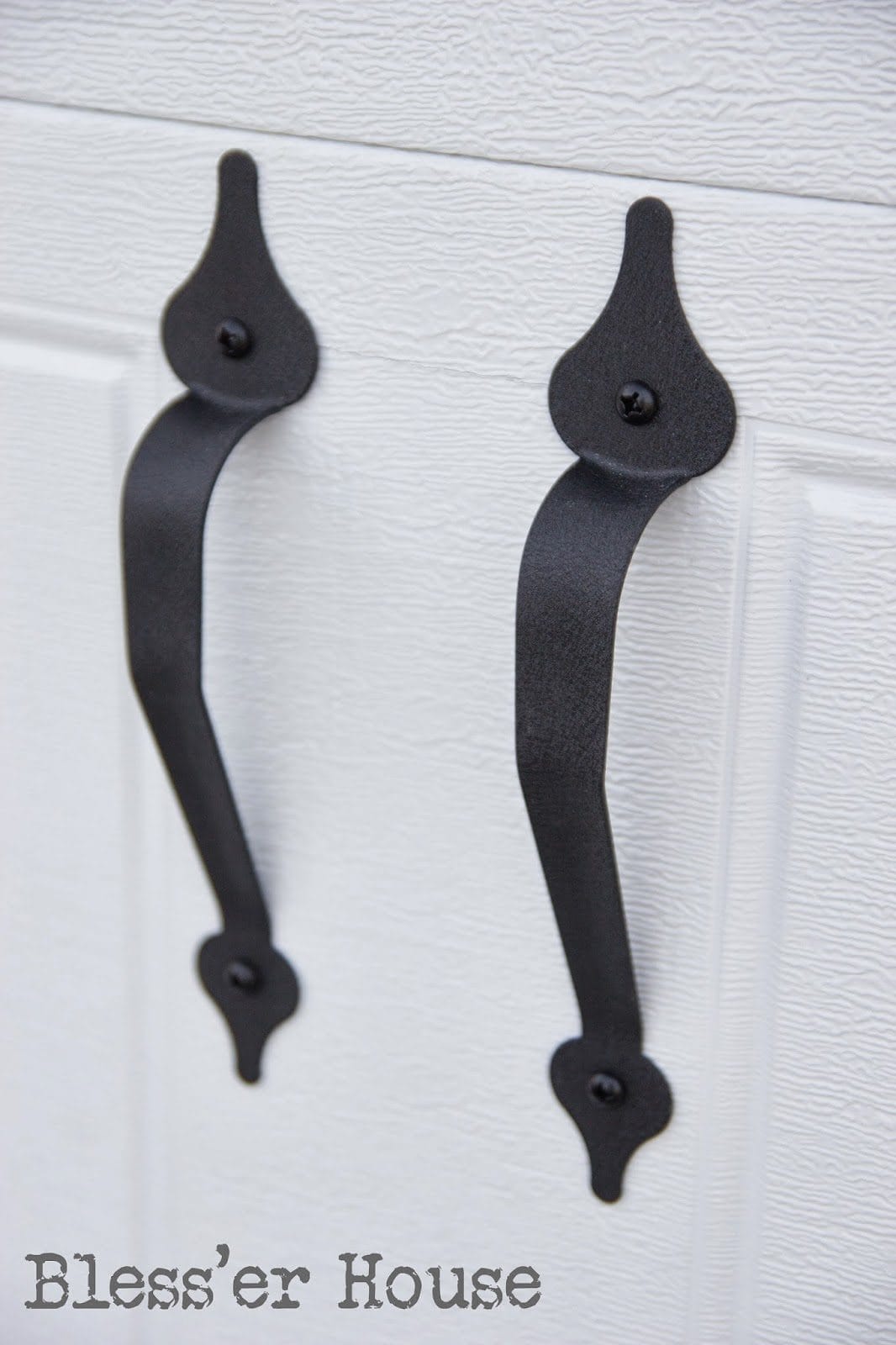 For this step, we didn’t even bother with the level since it practically lines up itself. We marked the holes to pre-drill those spots before attaching the hardware with screws. 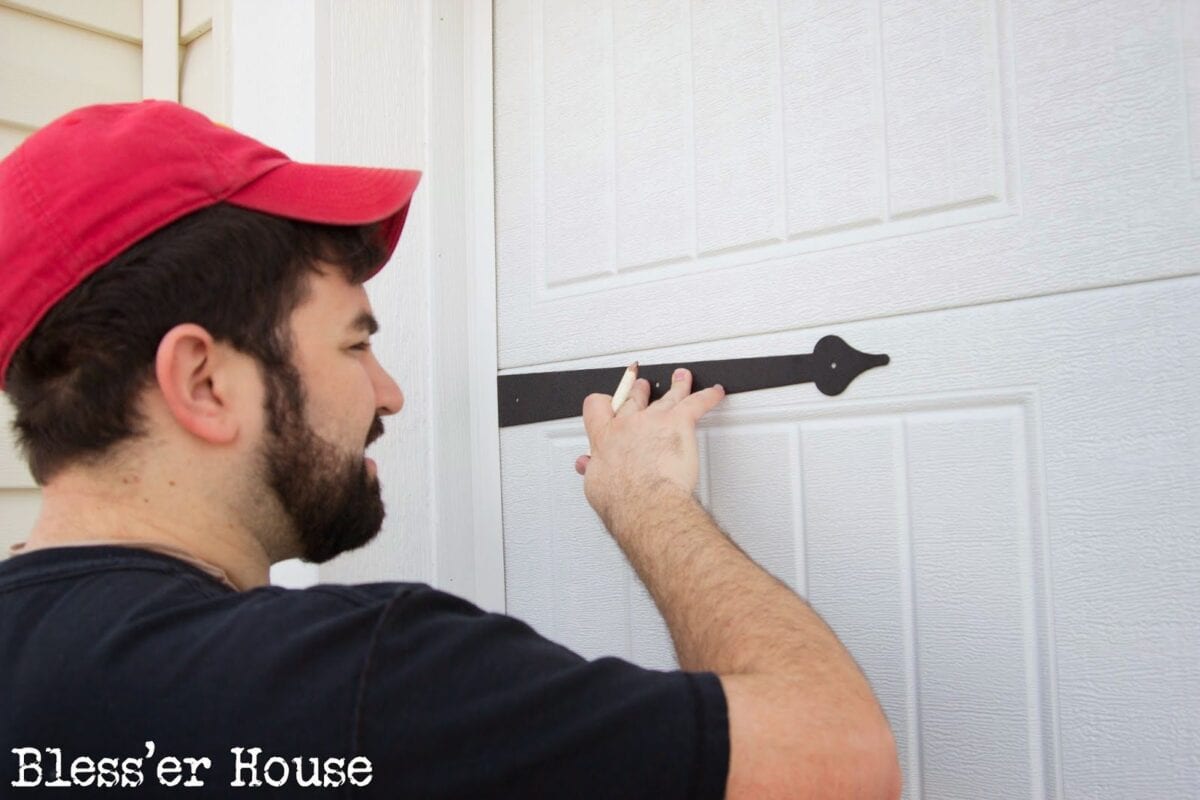 Make sure you screw in the hole closest to the edge since it might cause the “hinge” to move just a bit and overlap the door seal. 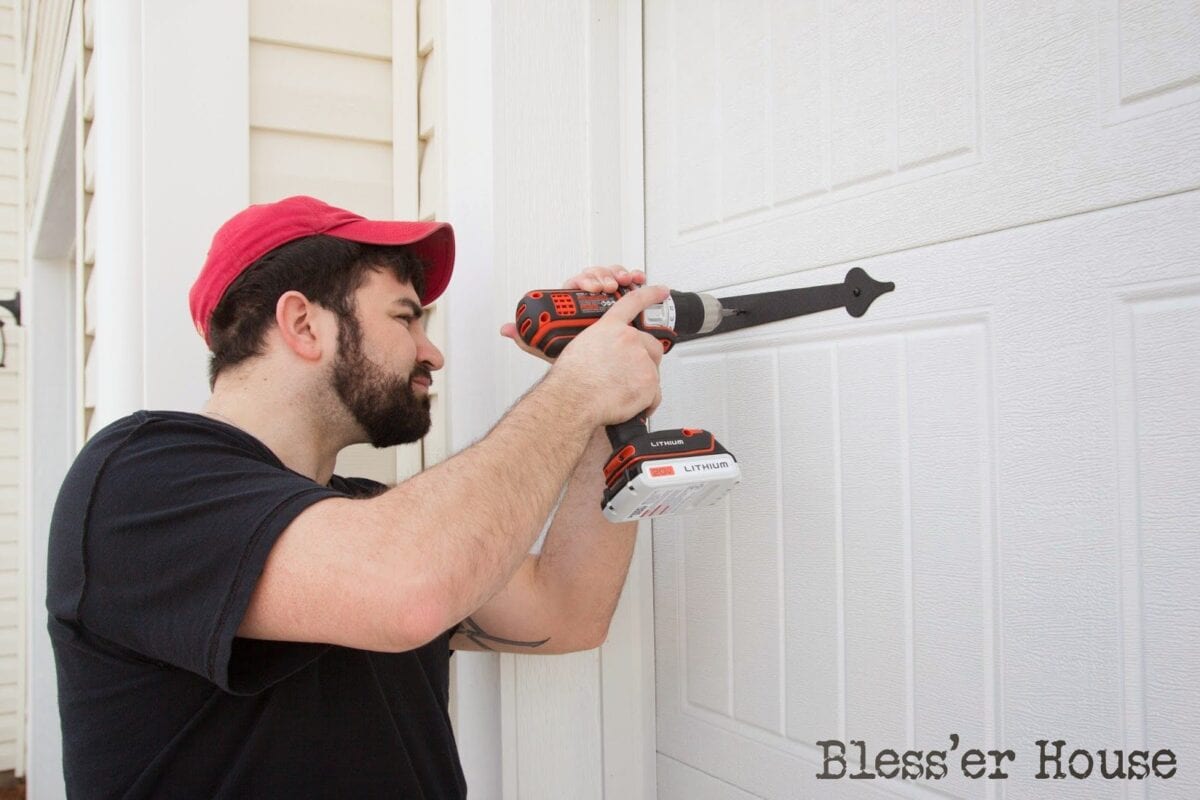 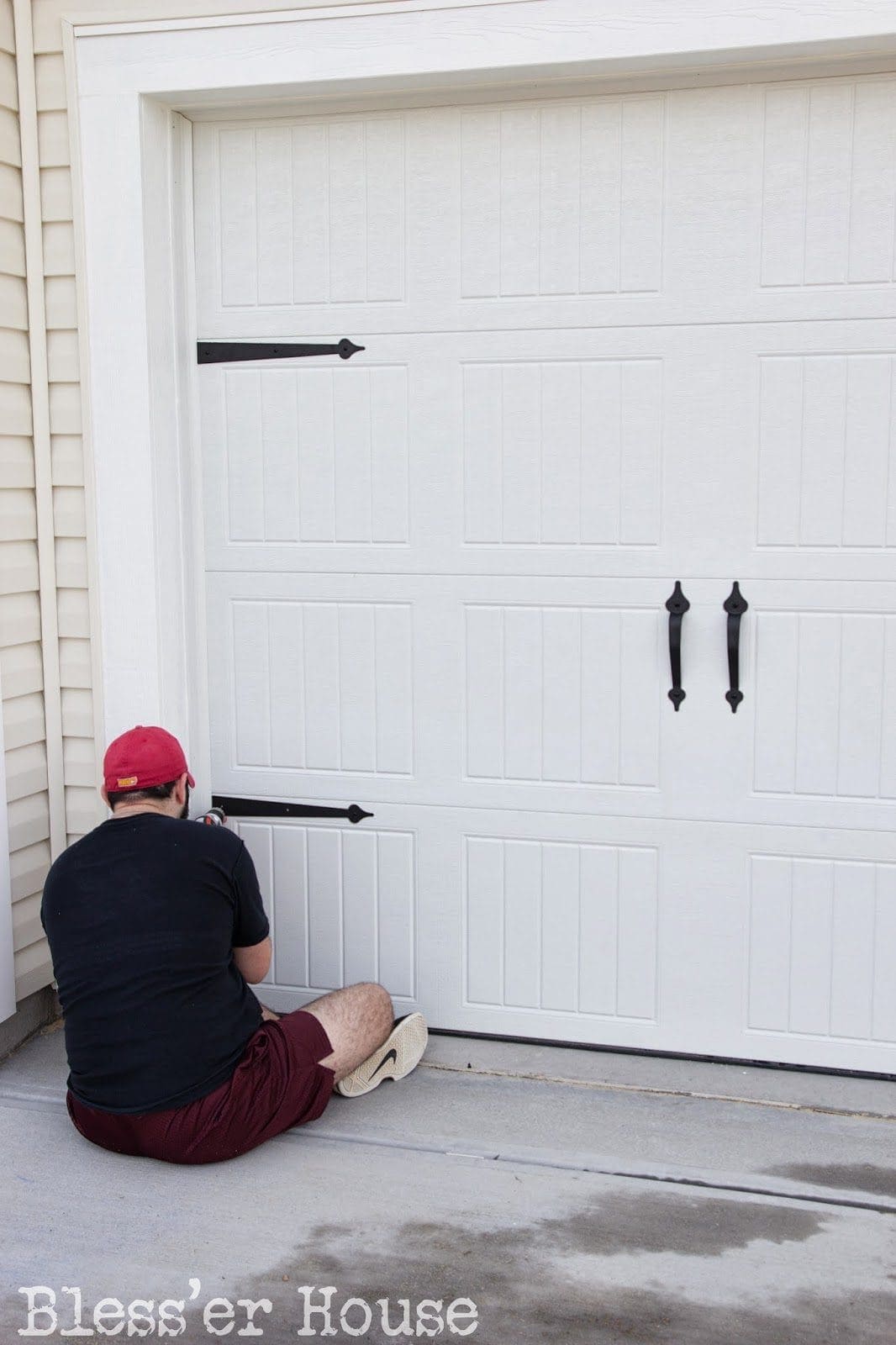 Done! I love how they look with our lanterns too. This took probably a total of 10 minutes for each door, and it was super simple. 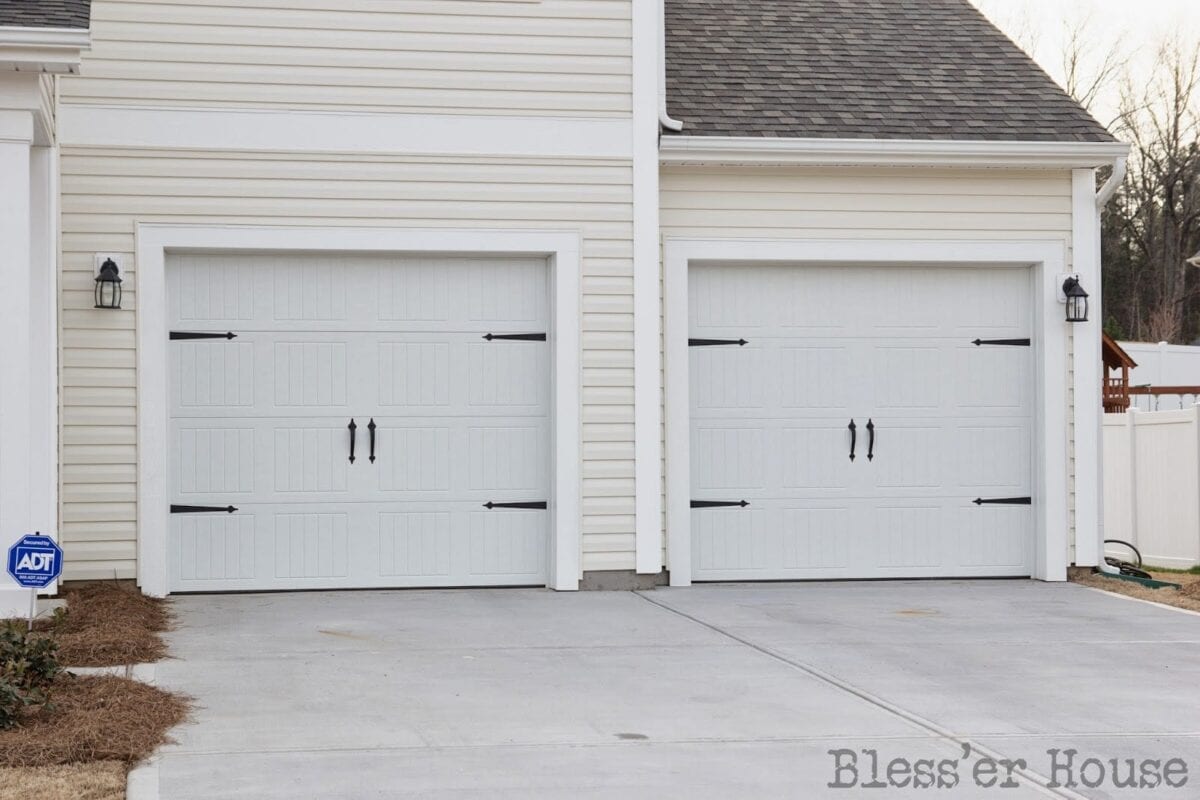 I think they add so much character. We could have gotten these already added on to our garage doors by the builder, but it was going to cost way more than the $19 per door that we paid to do it ourselves. Honestly, I’d rather have garage door openers than fancy garage doors if I had to choose between the two. 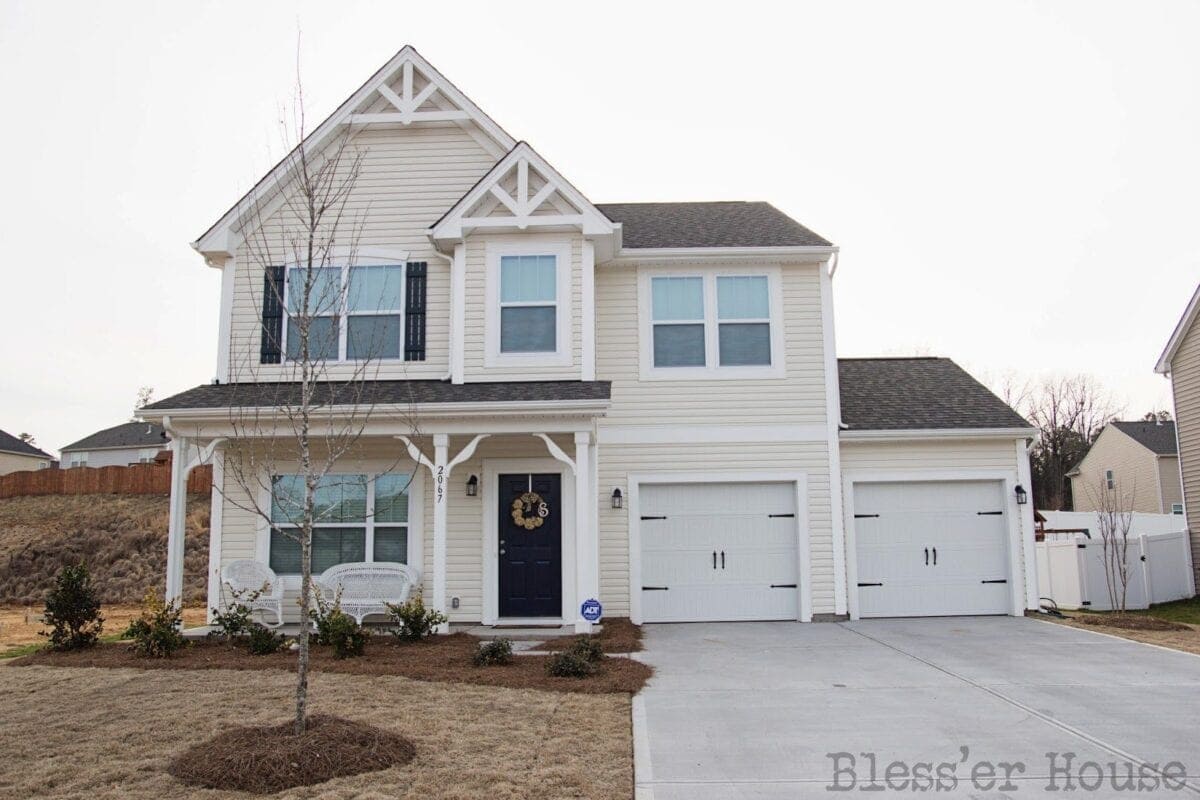 There is another kit by the same company to add on windows at $99 per set (not as cheap that’s for sure). I’m torn on whether I would want to put those on eventually too, but I think I’m okay with keeping it simple. I loved our little cookie cutter before. Now it has that extra punch to go with it.
1 shares 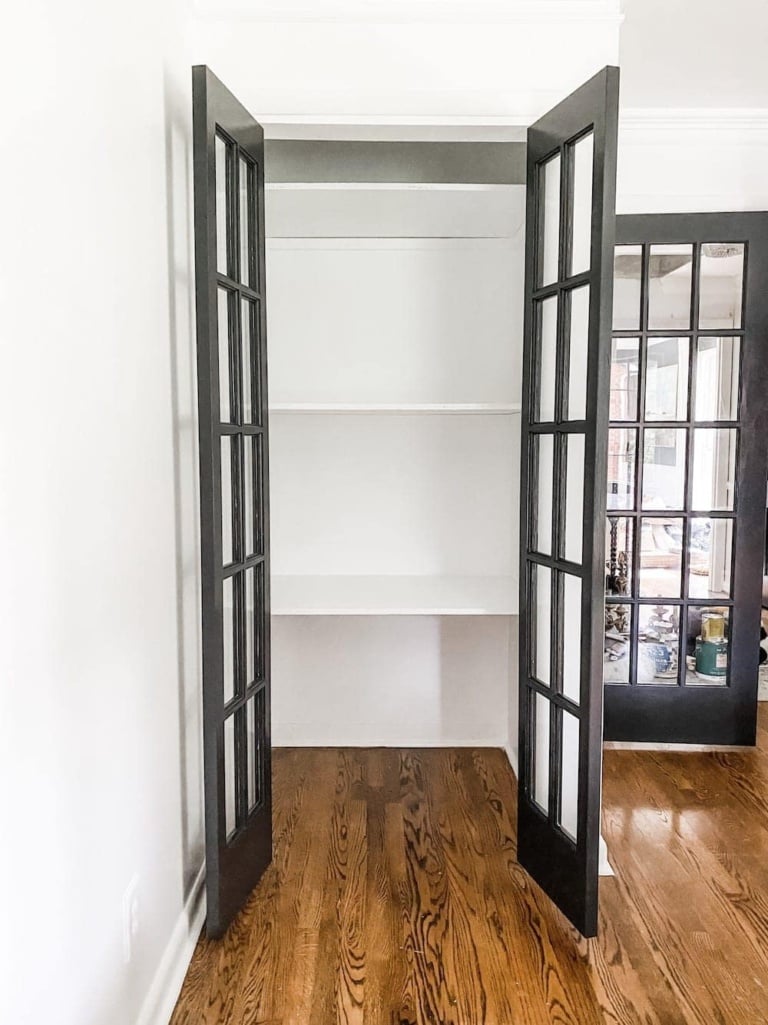 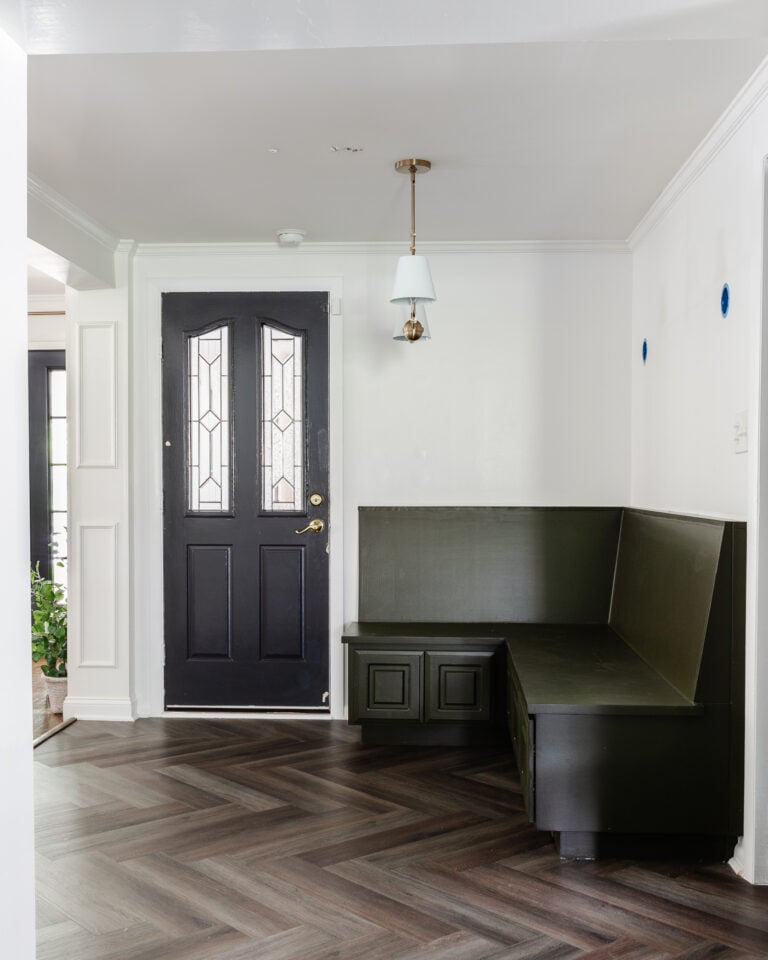 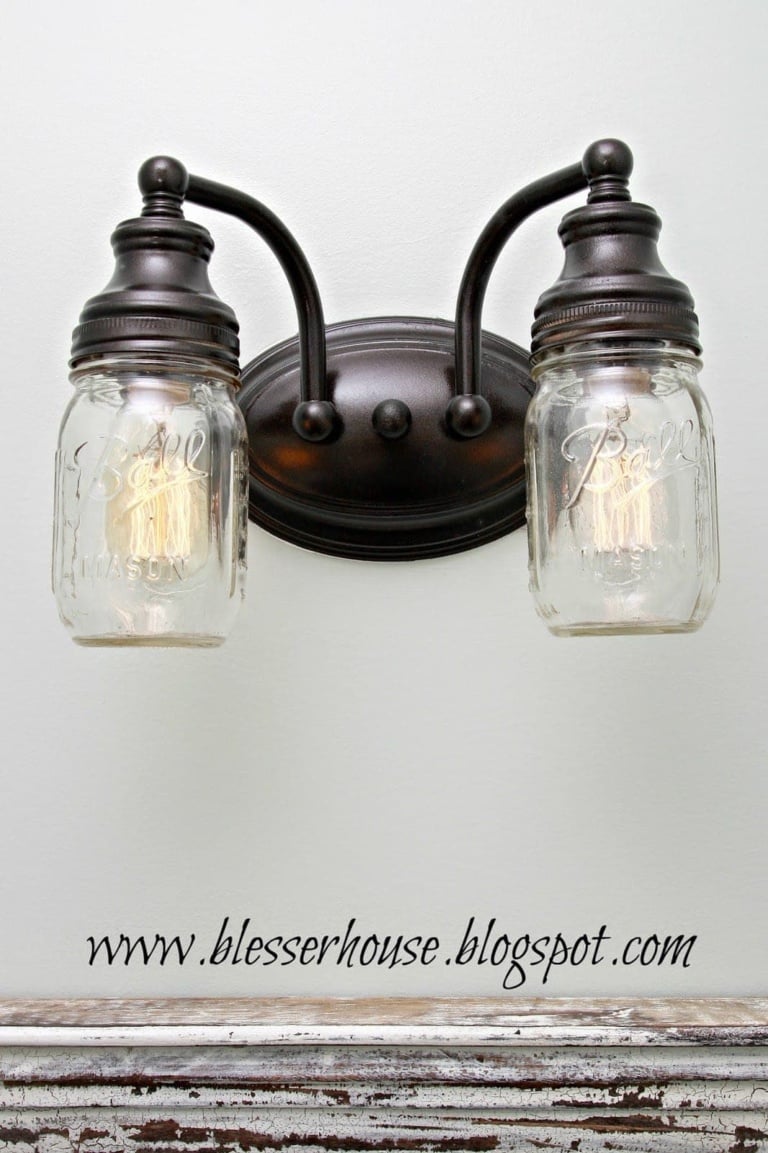 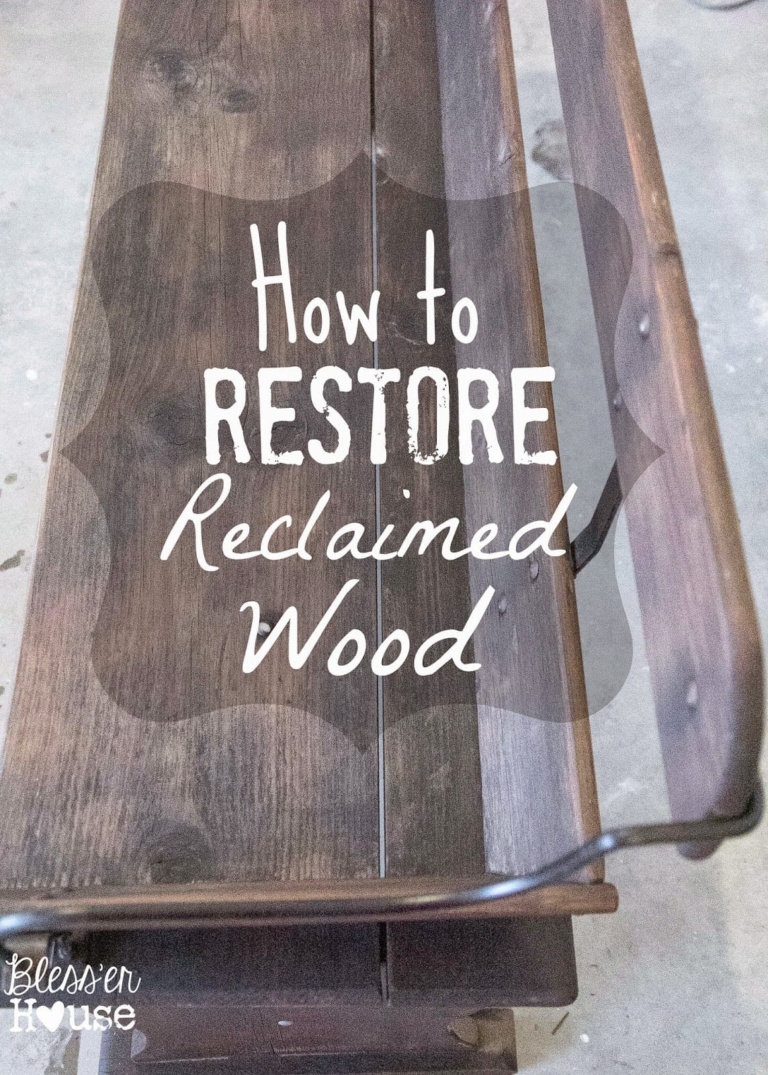 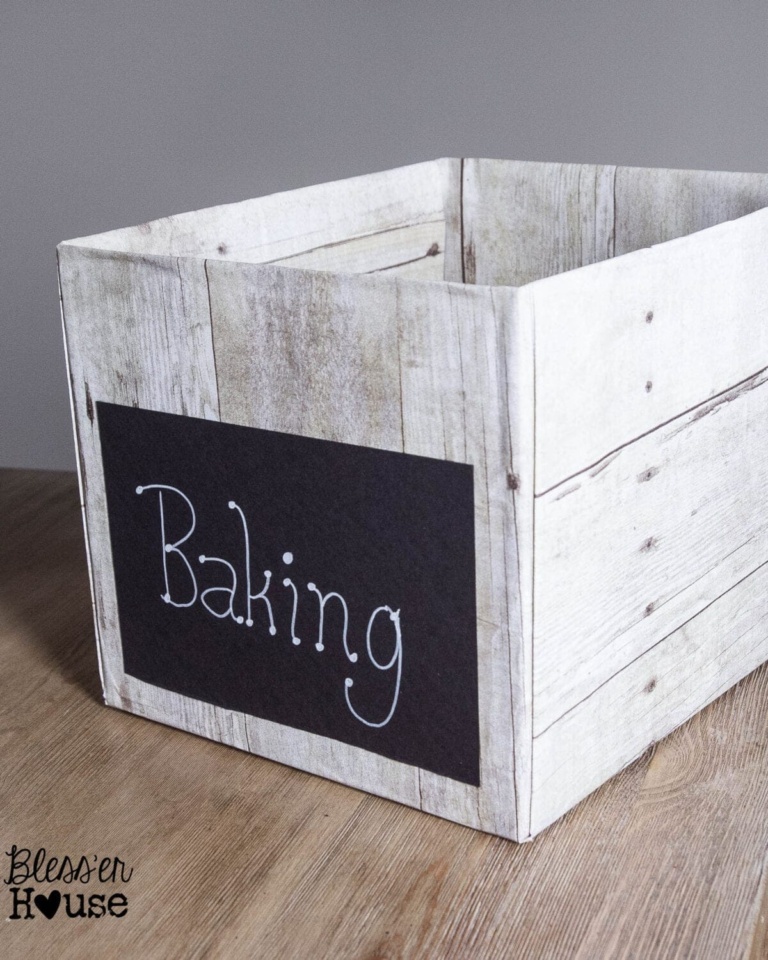 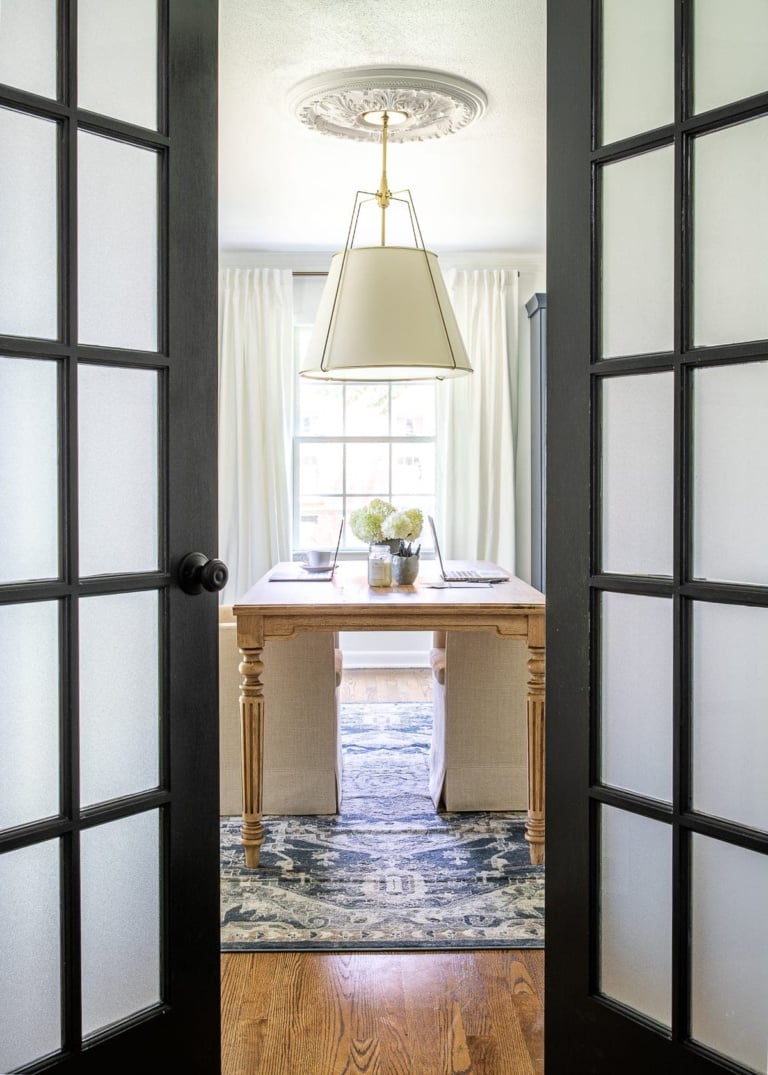