Did you read this post title? Is your jaw on the floor right now? Mine still is after devouring a heaping serving of some fall-inspired culinary magic.

In our small suburban town on the outskirts of Charlotte, North Carolina, there is a charming well-kept secret of a restaurant that serves Krispy Kreme bread pudding. The second I took a bite of it, I vowed to figure out a way to replicate it. Then, when Krispy Kreme released their signature Pumpkin Spice Cake Doughnut, it was like a match made in dessert heaven. (If dessert heaven existed, I’d really want to go there.)

If you’ve ever had a warm Krispy Kreme doughnut or a hot cup of Pumpkin Spice Latte and instantly fell in love, you’ll be forever hooked on this one. 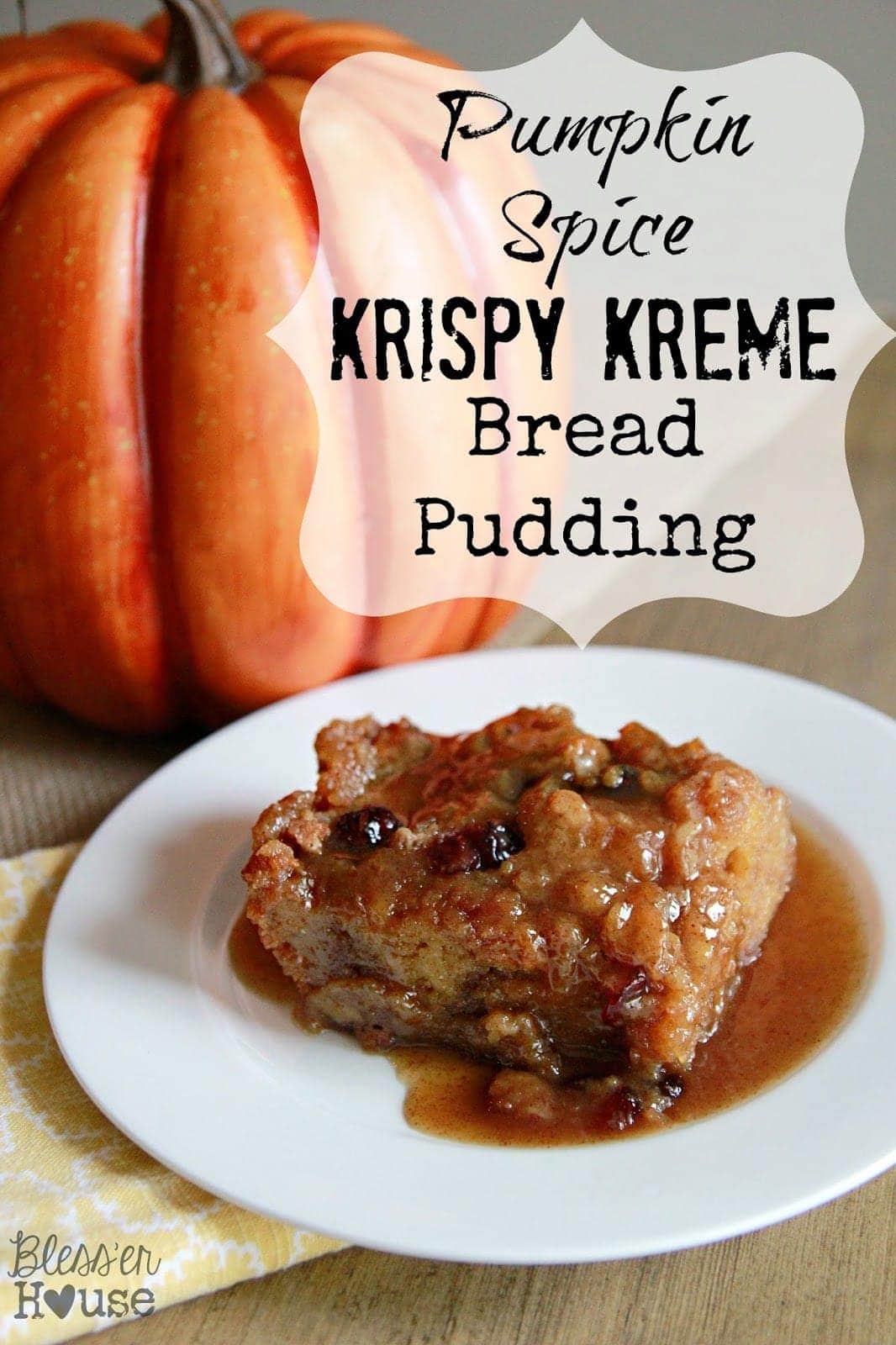 But I have a confession to make; I had never before made bread pudding, much less made up my own recipe for it. So if you’re a total novice too, I promise you can make this one. Tote it to your next fall gathering, and it is bound to be an instant hit. 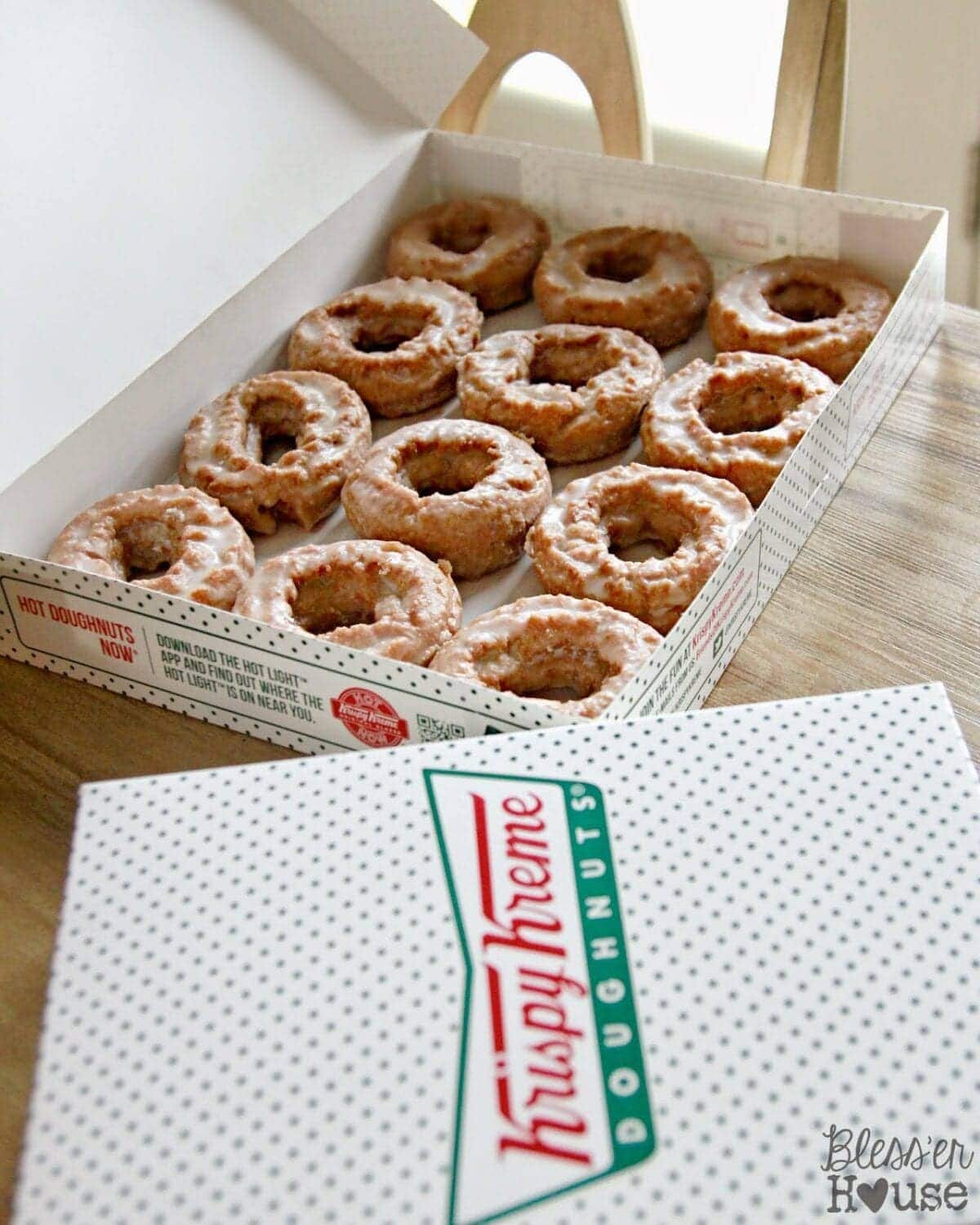 There is a catch though. And this is the part that’s probably harder than the recipe itself. The bread pudding works so much better if you use doughnuts that are on the stale side. So if you can make it through a couple of days with 16 doughnuts sitting in your kitchen, you’ve already won half the battle. Lucky for me, my husband isn’t a big pumpkin spice fan so the only person I had to convince to stay away from them was myself. 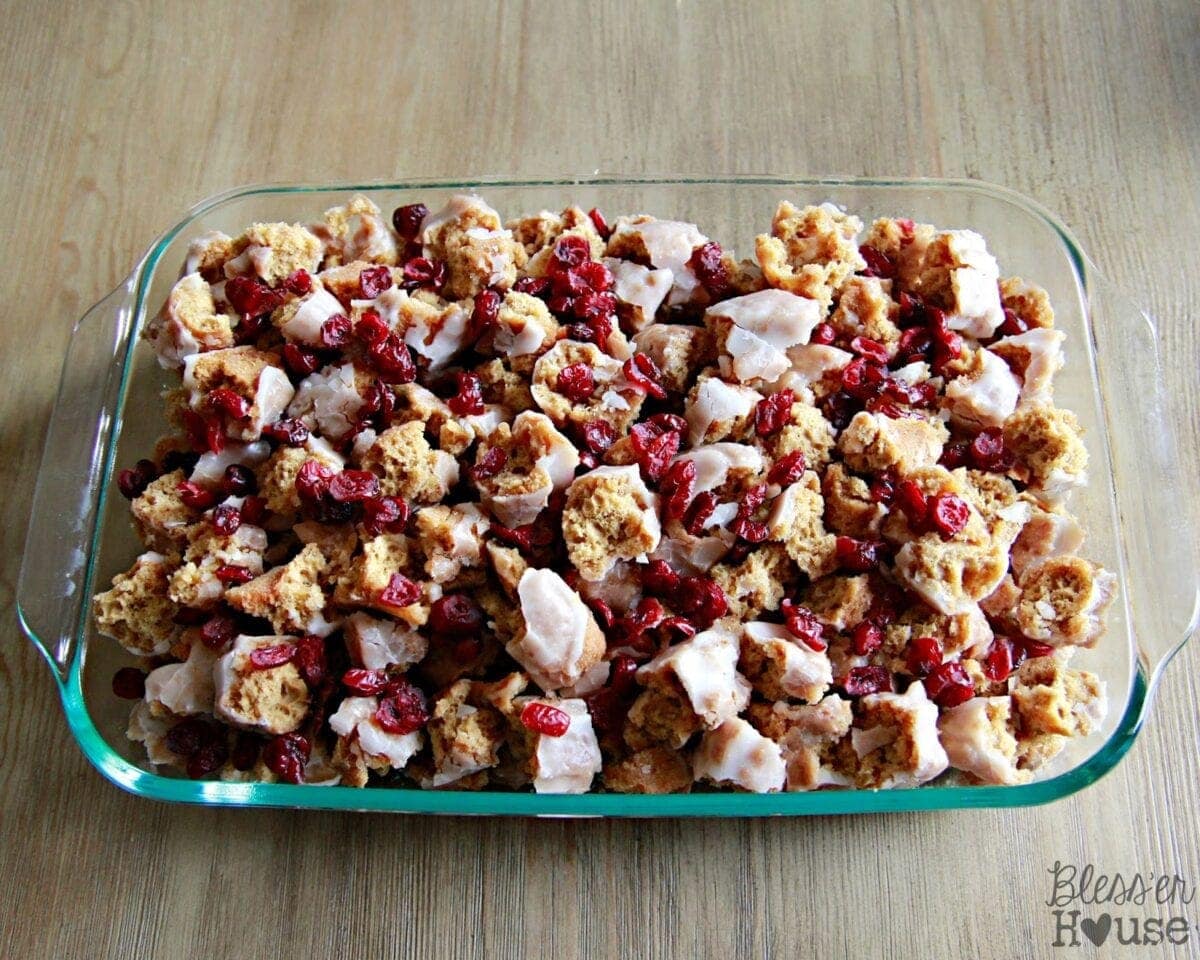 Combine sugar and butter in a food processor until just blended. Add milk, eggs, vanilla, and cinnamon. Mix until blended.

Grease a 9×13 inch baking dish. Tear up doughnuts into bite-sized pieces and lay evenly in dish. Sprinkle dried cranberries on top. Pour egg/milk mixture over doughnuts. Push doughnut pieces down into mixture with a spoon to cover all pieces and soak for 15 minutes.

Cover dish and bake for 40 minutes. Uncover and bake for an additional 10 minutes to brown the top. Check custard to be sure it is firmed but still a bit soft.

Pour spiced rum sauce on top of each serving and let soak for a minute or two. Serve warm.

Combine butter and brown sugar for about 2 minutes in a medium saucepan over medium heat until melted. Add rum, cream, and cinnamon. Bring to a simmer. Simmer until sauce thickens, about 4-5 minutes. Serve over bread pudding recipe.

The great thing about this recipe is you can change it up for your preference. Adjust the sugar according to how sweet you would like it. If you don’t want it too sugary and gooey, use less rum sauce. Substitute raisins or other dried fruit for the dried cranberries. Or even try a different doughnut flavor as the seasons change. Serving is with a scoop of ice cream is a winning combination too.

Or find me on

Linked up:
[Coastal Charm] [A Stroll Thru Life] [Elizabeth and Co.] [Bigger Than the Three of Us]
[Someday Crafts] [The Newlywed Pilgrimage] [Live Laugh Rowe] [Lamberts Lately] [From My Front Porch to Yours] [Embracing Change] [Imparting Grace] [Redoux Interiors]
29 shares 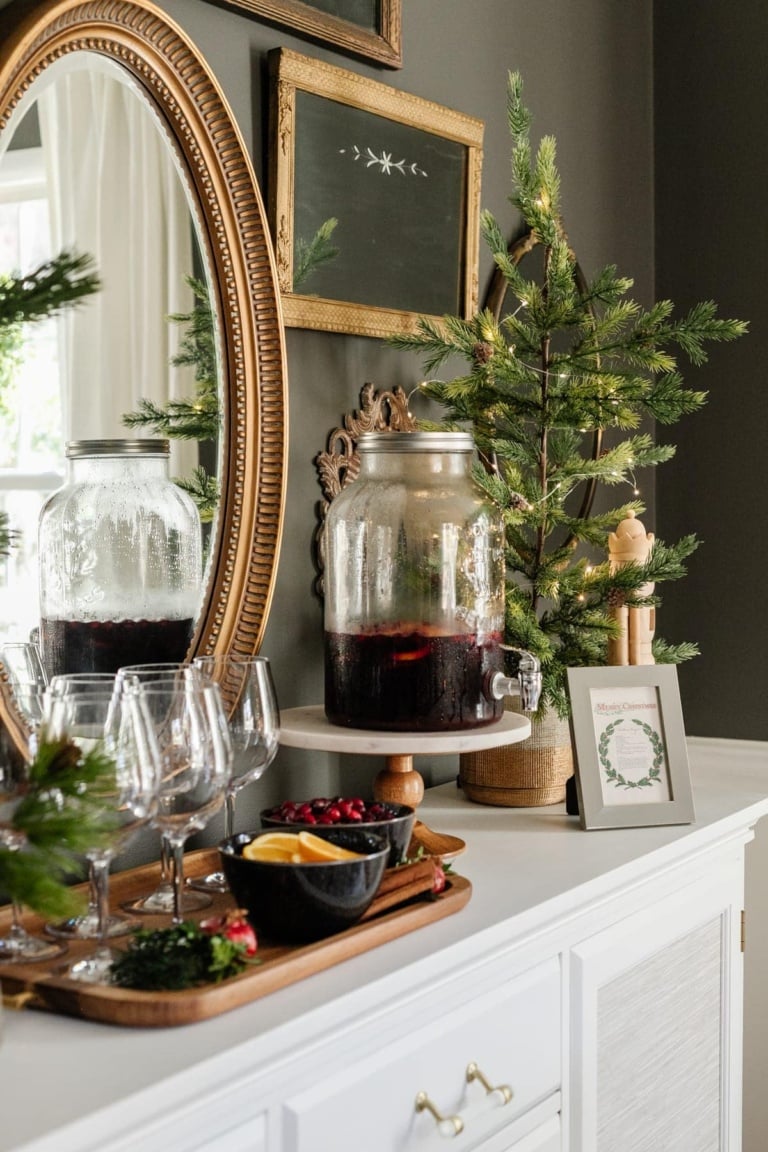 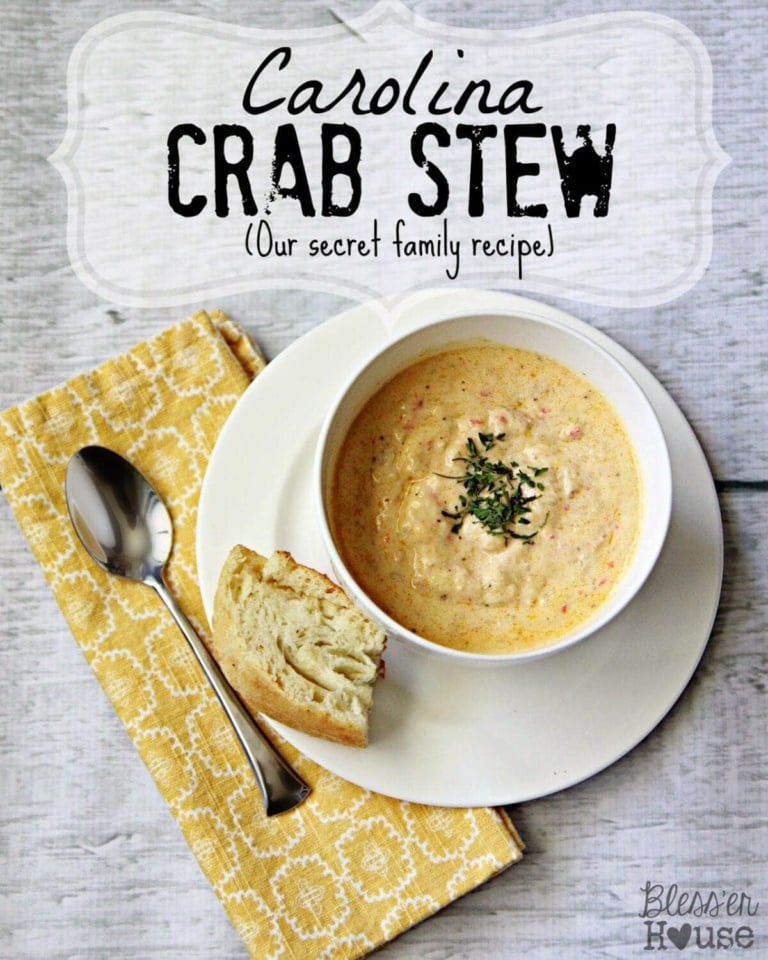