Slowly but surely, we’ve been chipping away at the breakfast nook refresh plans we’ve had on the docket since February.

It’s a space that has been a tricky one for me since moving into the house, and even though I like the farmhouse look, I’ve felt conflicted about having that style in this house just because it doesn’t seem to “go” in our traditional colonial.

(Some affiliate links are provided in this post. Full disclosure here.) 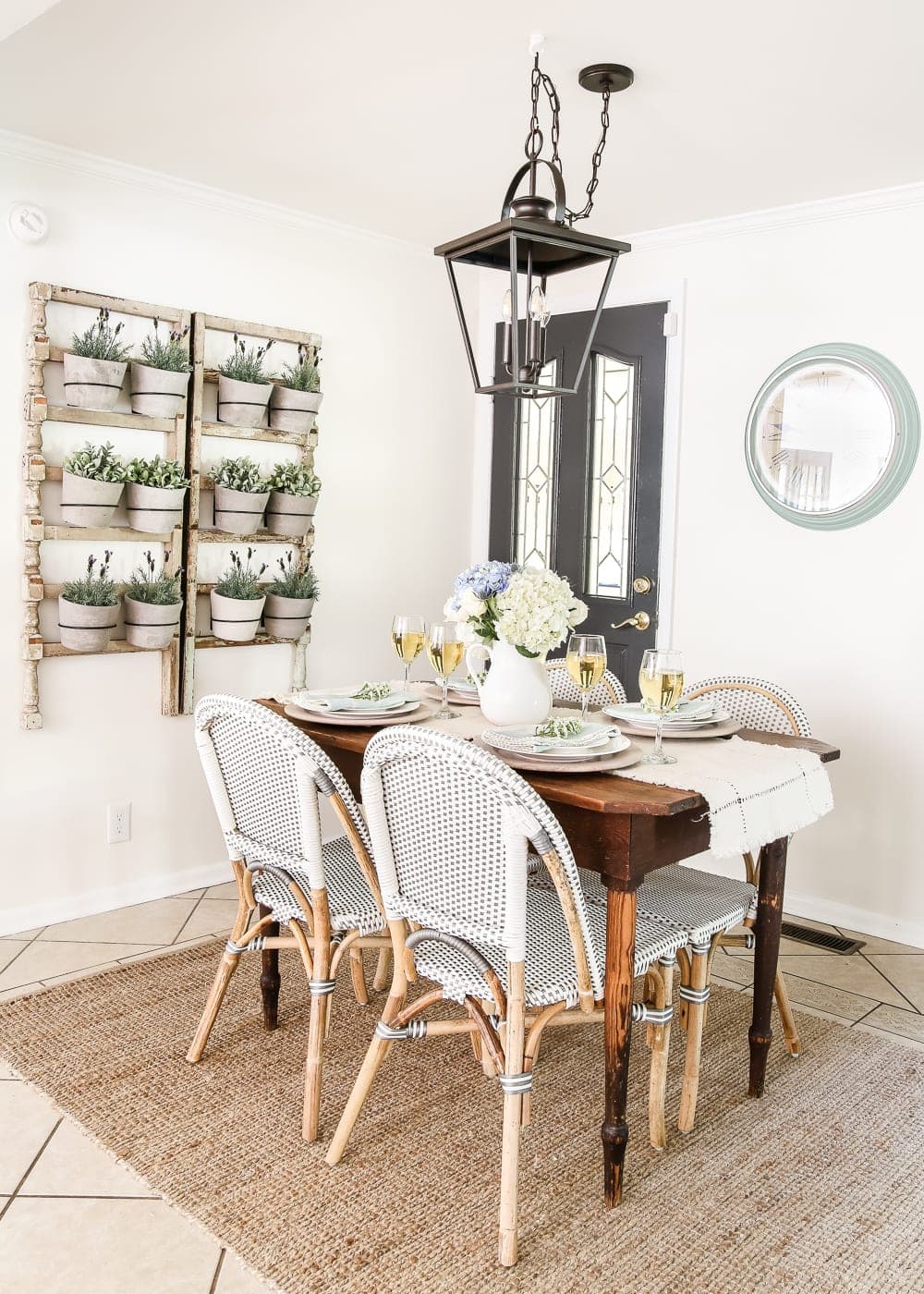 Then we swapped out the table for something more modern. 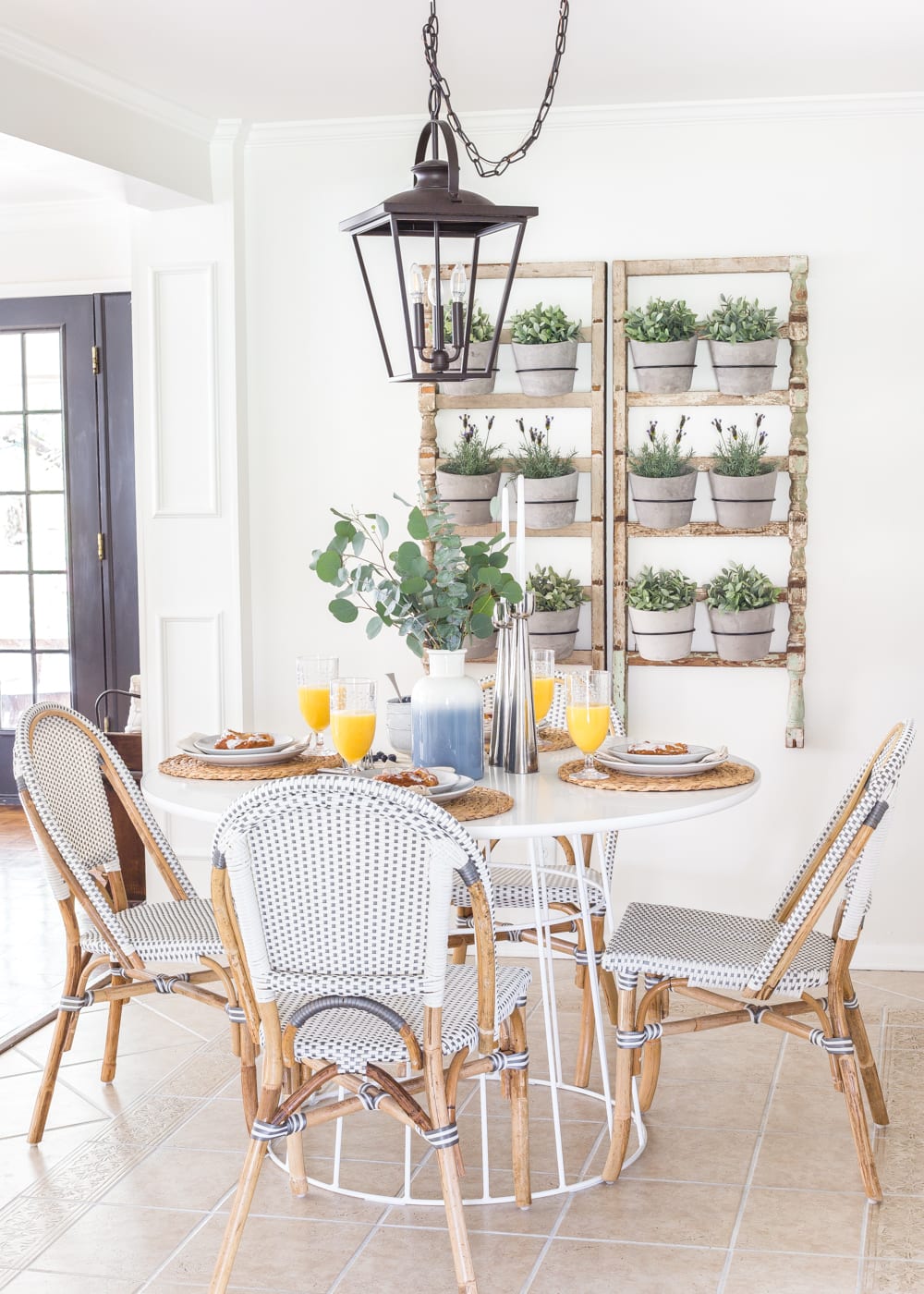 And we realized the table was just too big for this tiny space and created a traffic jam before swapping it for one we finally feel like works. (Sometimes it takes a few failures to get it right, right?)

Then, a few weeks ago, after having zero luck on a not-too-expensive less farmhouse-y chandelier, I found a brand spankin’ new one for a suuuuuper discount on OfferUp.

I’m a total newbie at OfferUp and have only just recently discovered it as an alternative to Craigslist and Facebook Marketplace, but so far I’M A FAN! (Not sponsored… just throwing it out there, if it helps.) But I’ll share more about the thrifting tricks I’ve learned on it later.

I discovered the PERFECT modern-meets-traditional brand new chandelier and offered the seller $100. It was originally $330 retail, so it ended up being a deal I couldn’t walk away from.

The only problem was it was brushed nickel. And I really had my heart set on aged brass. 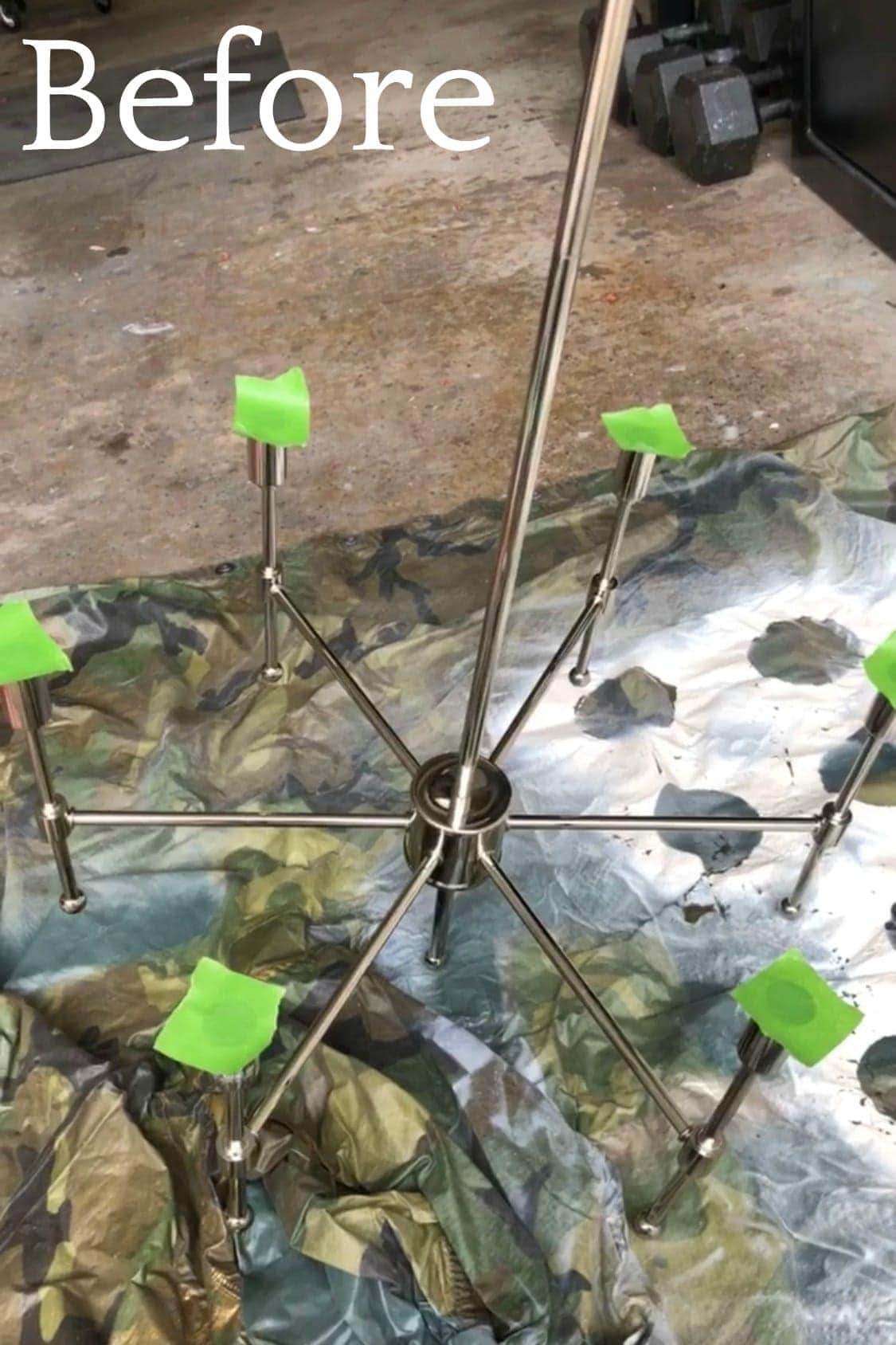 So it made for a good Trash to Treasure Transformation Tuesday project for this month. (You can see more thrifty makeovers at the bottom of this post.) 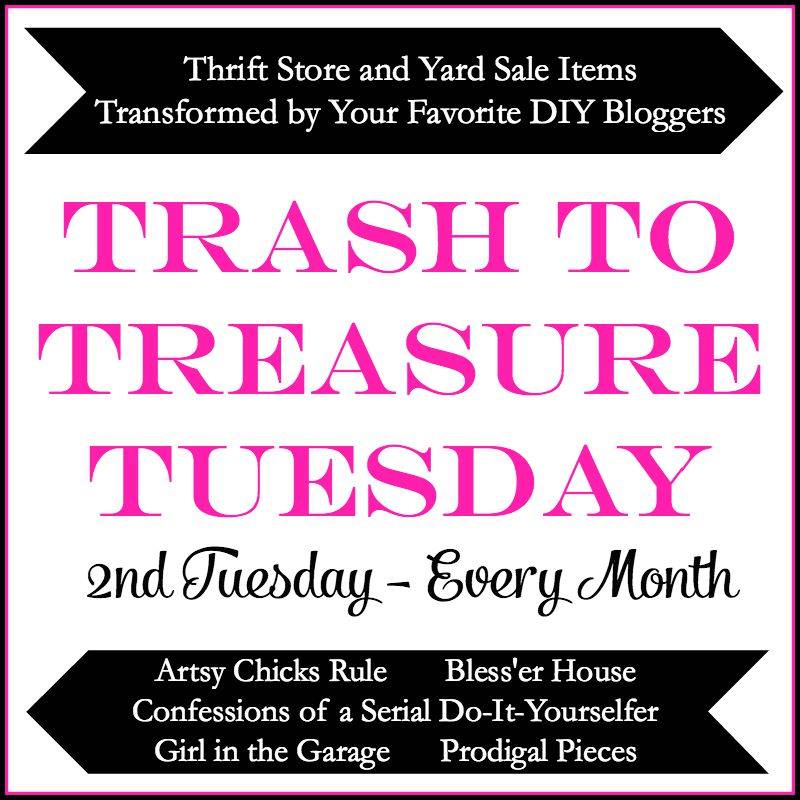 I’m a total do-do and forgot to take a before picture, but I managed to grab a shot from my IG Story video before going at it with spray paint.

I’ve tried out around 8 different brands and shades of gold spray paint in a search for the perfect one that looks like the real deal (other than Rub n’ Buff from this light fixture update, which isn’t as easy to apply) and FINALLY found a winner!

If I’m ever painting a light fixture, I always cover any bulb sockets and wiring with Frog Tape to make sure no paint gets in and causes electrical issues later. 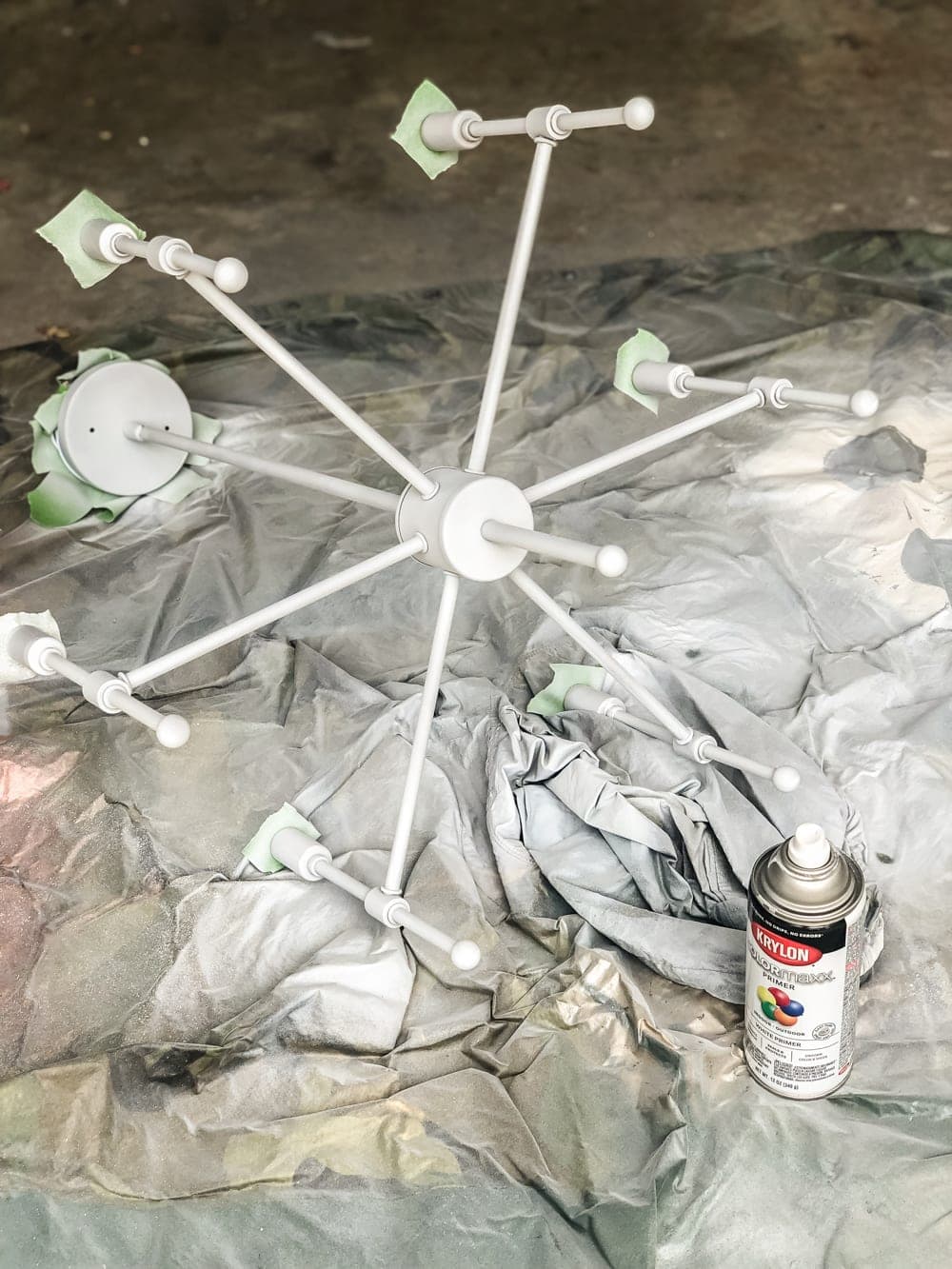 Even though a lot of spray paint cans say “paint + primer”, I never ever trust it. Because the finish is never great without a primer coat first.

So I gave the whole thing a coat of Krylon spray primer (I’m not partial to any particular brand really though). 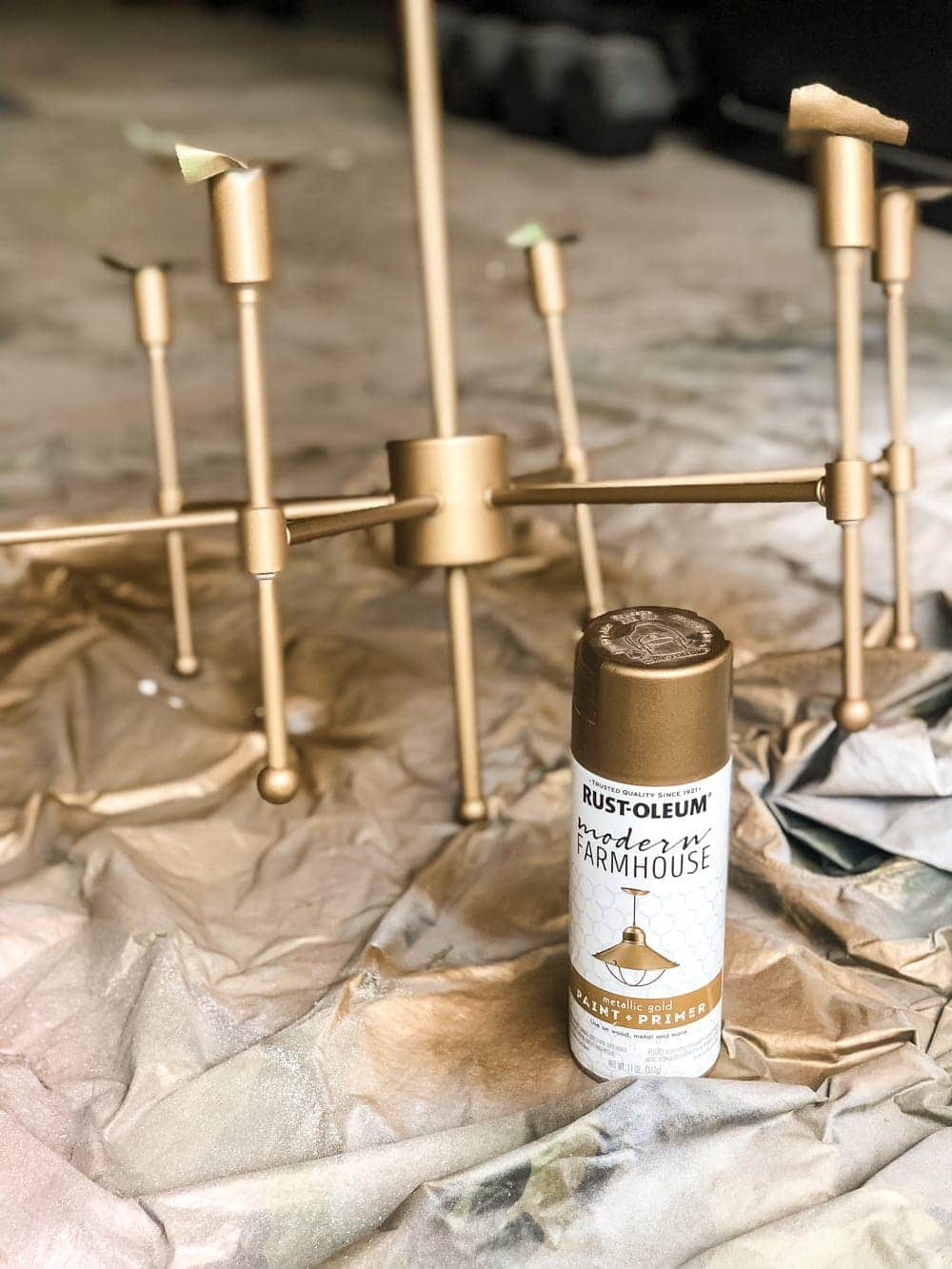 Once the primer was dry, I did 3 thin coats of the Rust-Oleum Modern Farmhouse Metallic Gold spray paint (because it’s better to do multiple thin, even coats than to have a one drippy, gloopy thick coat). 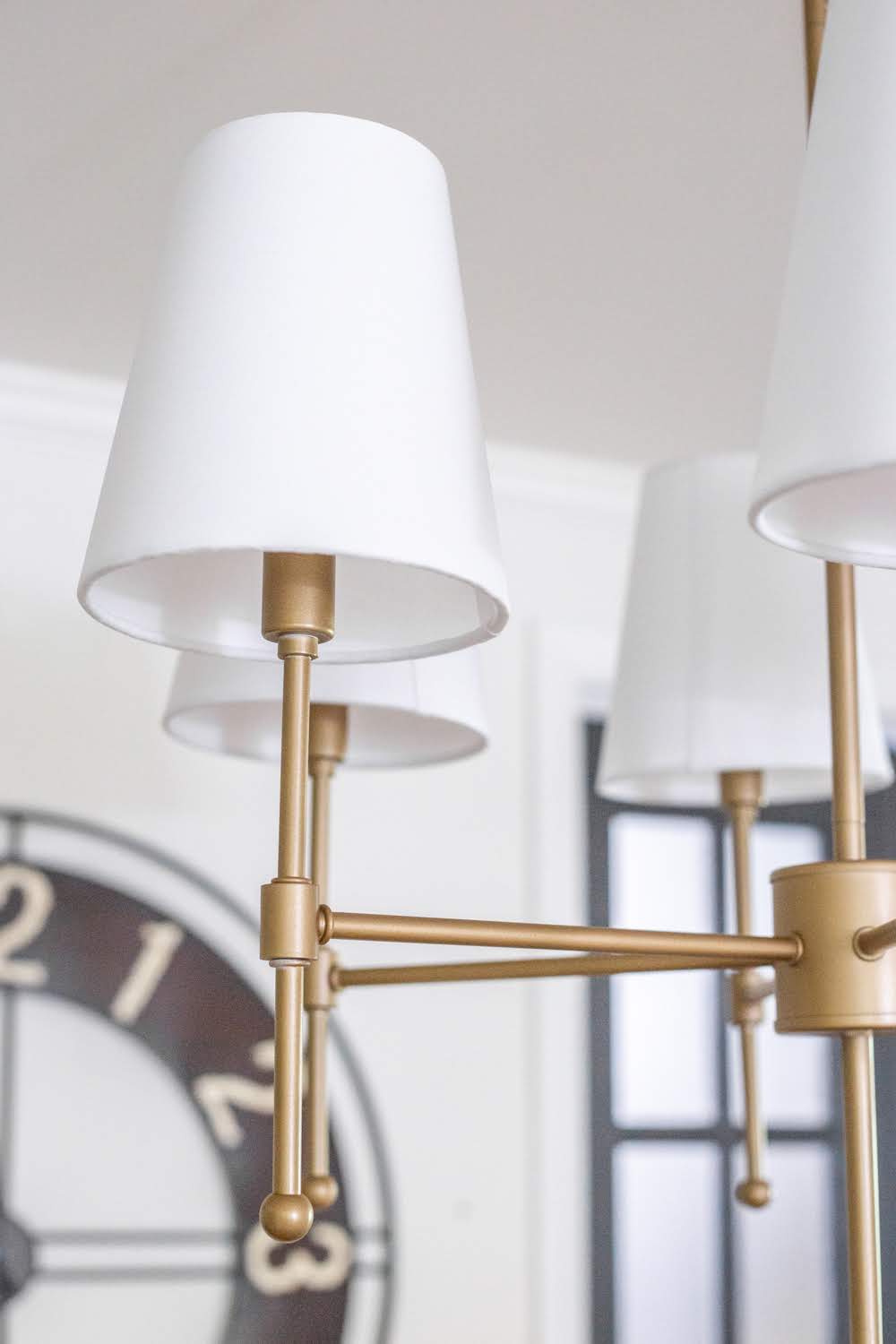 Gorg! How’s that for the easiest, fastest Trash to Treasure ever?

To be fair, this one wasn’t trash at all, but if I found it on a secondhand site, it counts, right? I’m always a bit leery of thrifted electrical fixtures though because you never know what kind of wiring issues they might be hiding that could be potentially dangerous. 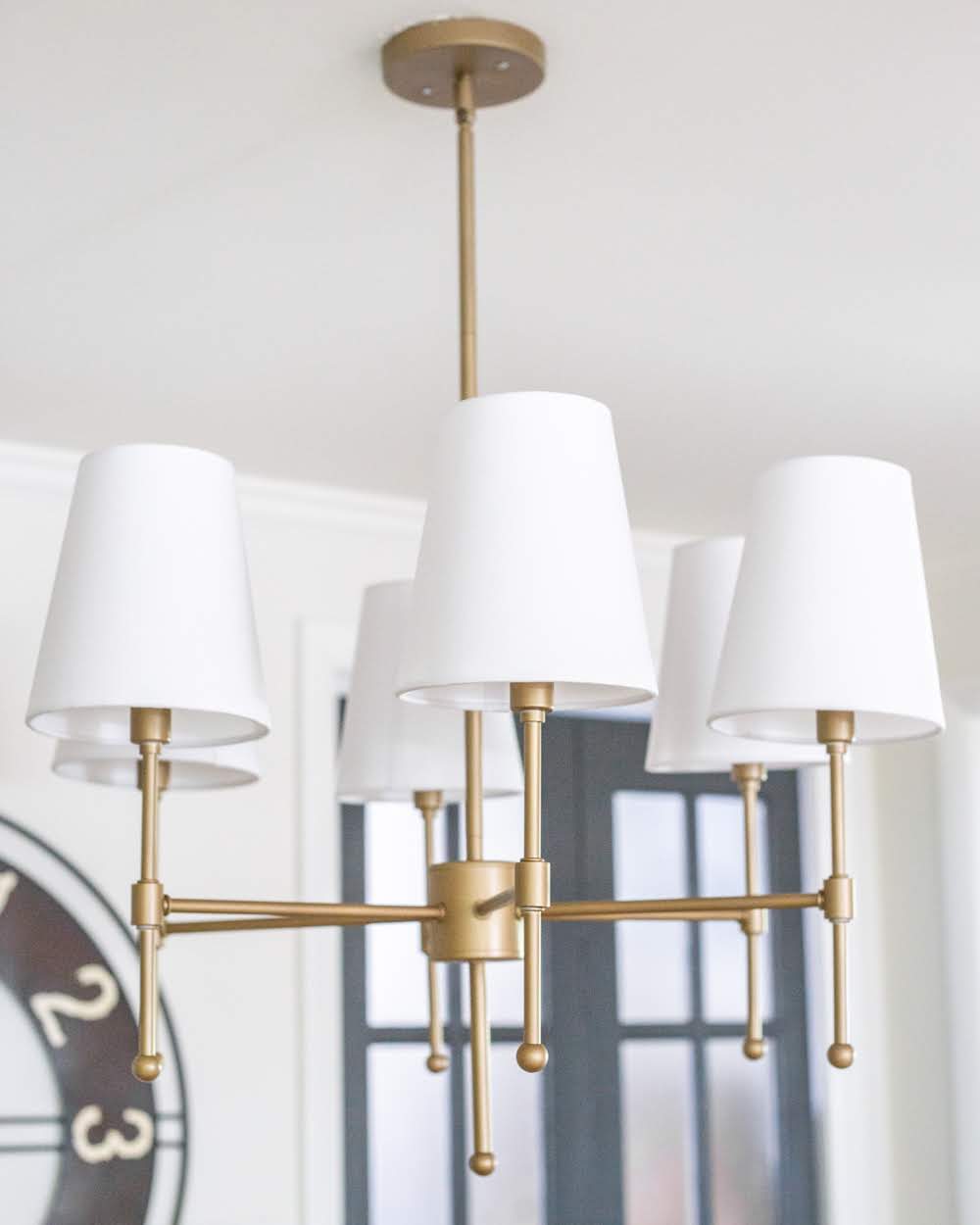 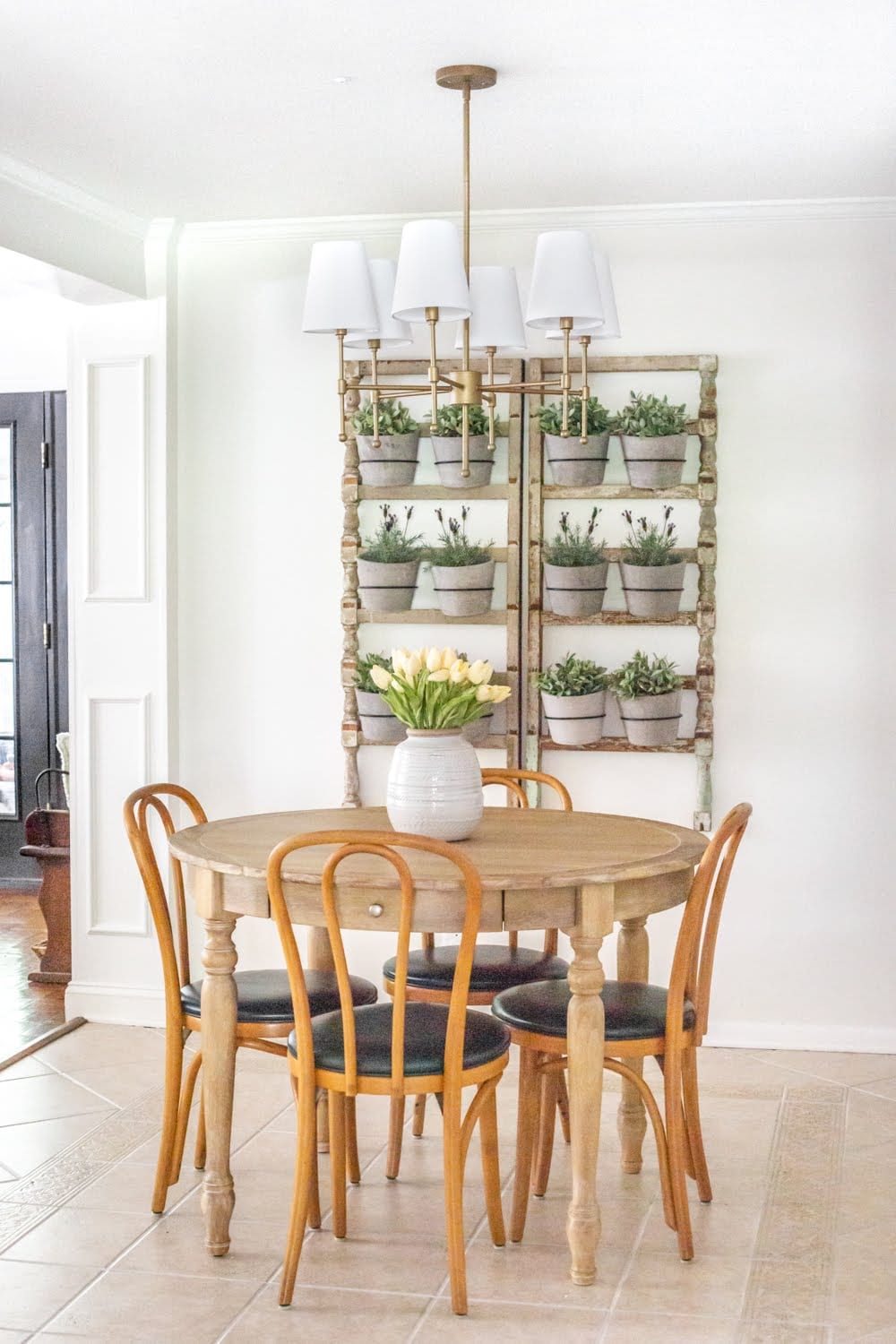 I found those vintage soda shop bentwood chairs on OfferUp too, and now that this new, smaller table is in here, I think I might paint them black instead of keeping them the orange-y wood. What do you think?

I’m still working on a replacement for the antique banister planter wall for something less farmhouse style too, but that planter is definitely going somewhere in the backyard because it’s way too cute.

Home wasn’t built in a day, right? We’re always a work in progress around here.

If you want to see any of the other Trash to Treasure Tuesday transformations this month, you can find them all below. 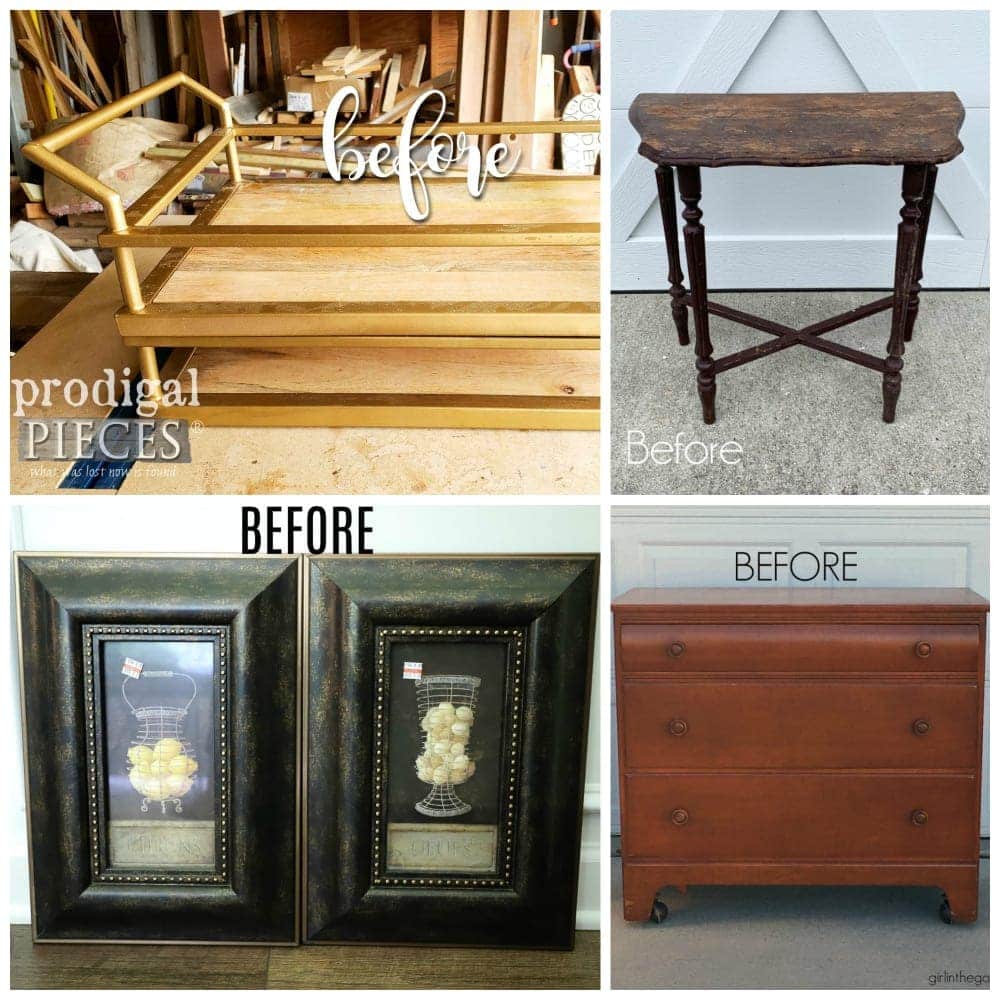 And if you want to see all of the Trash to Treasure transformations from months’ past, you can find them all here. 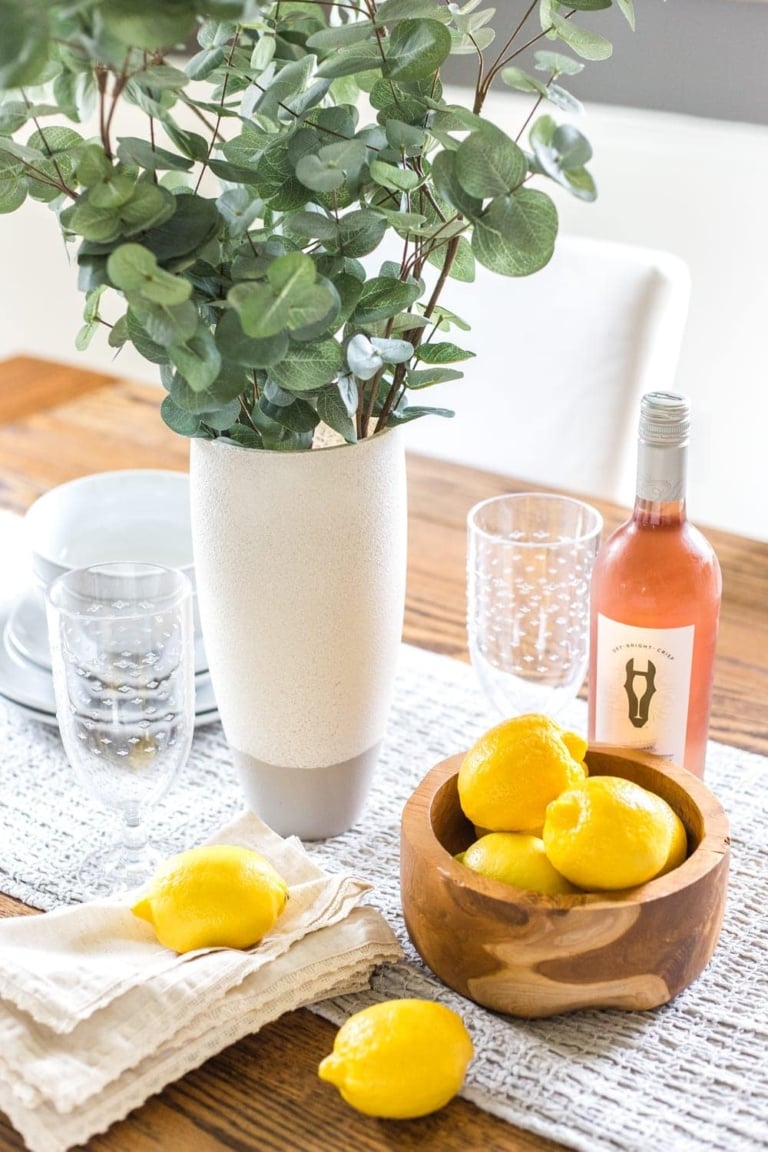 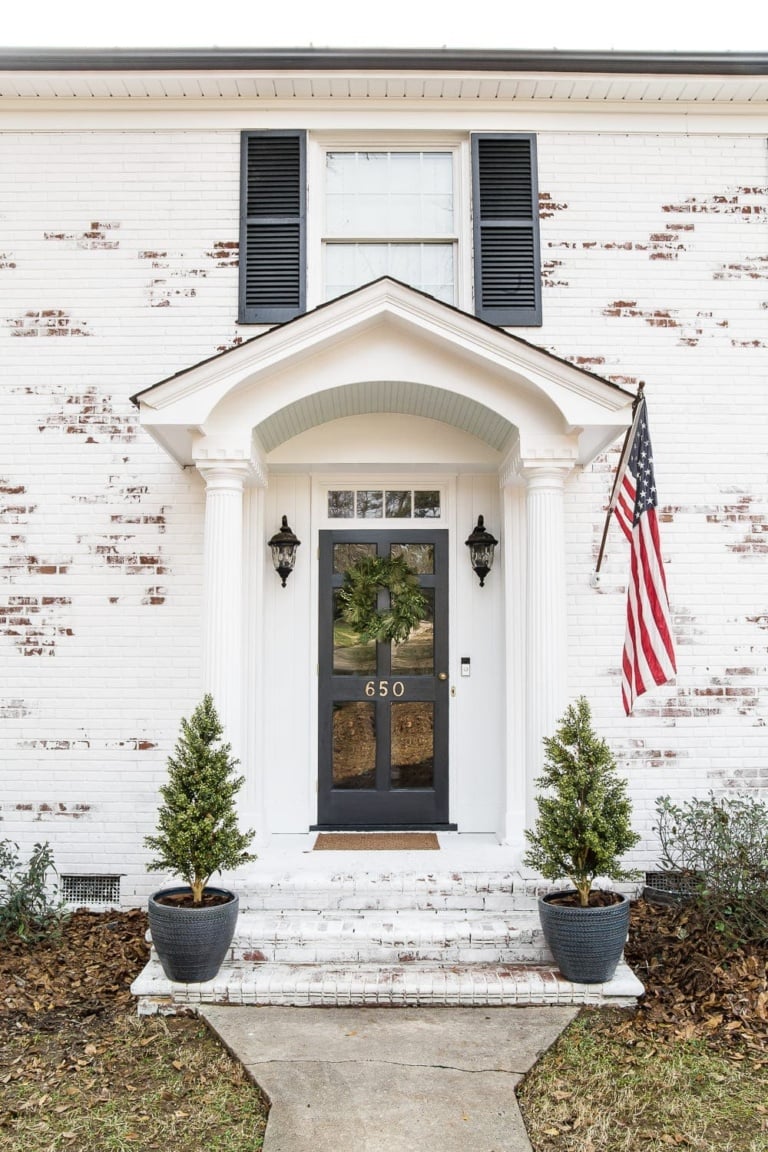 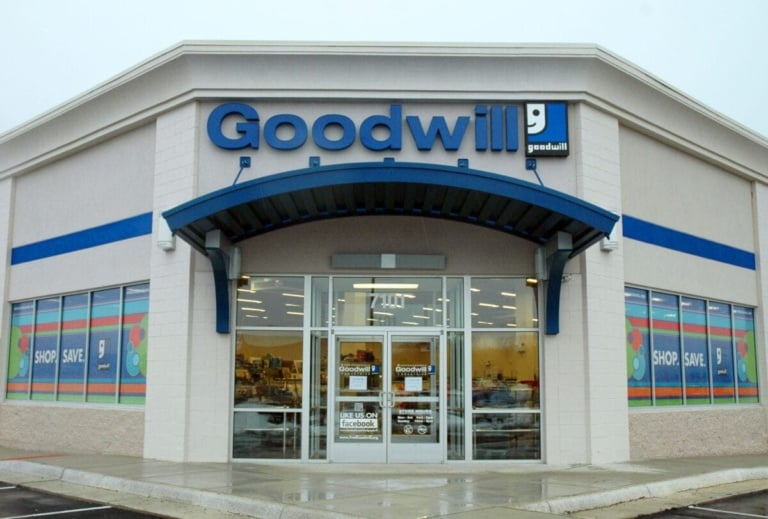 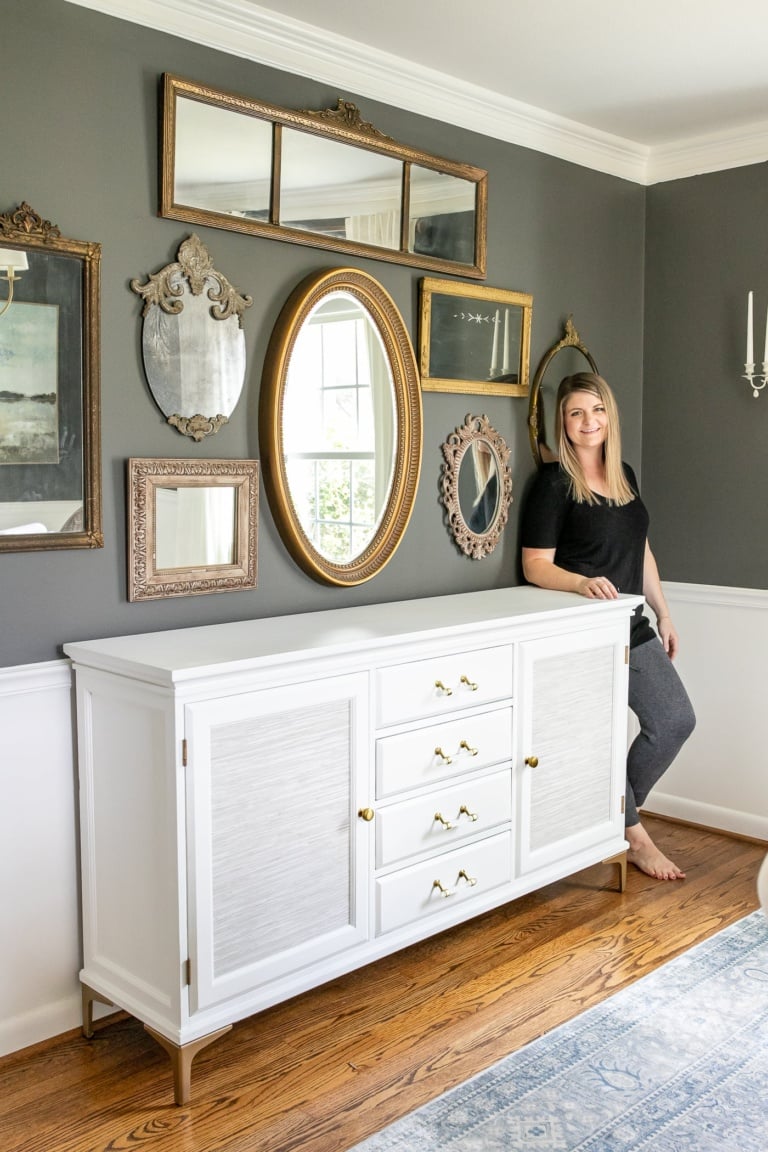 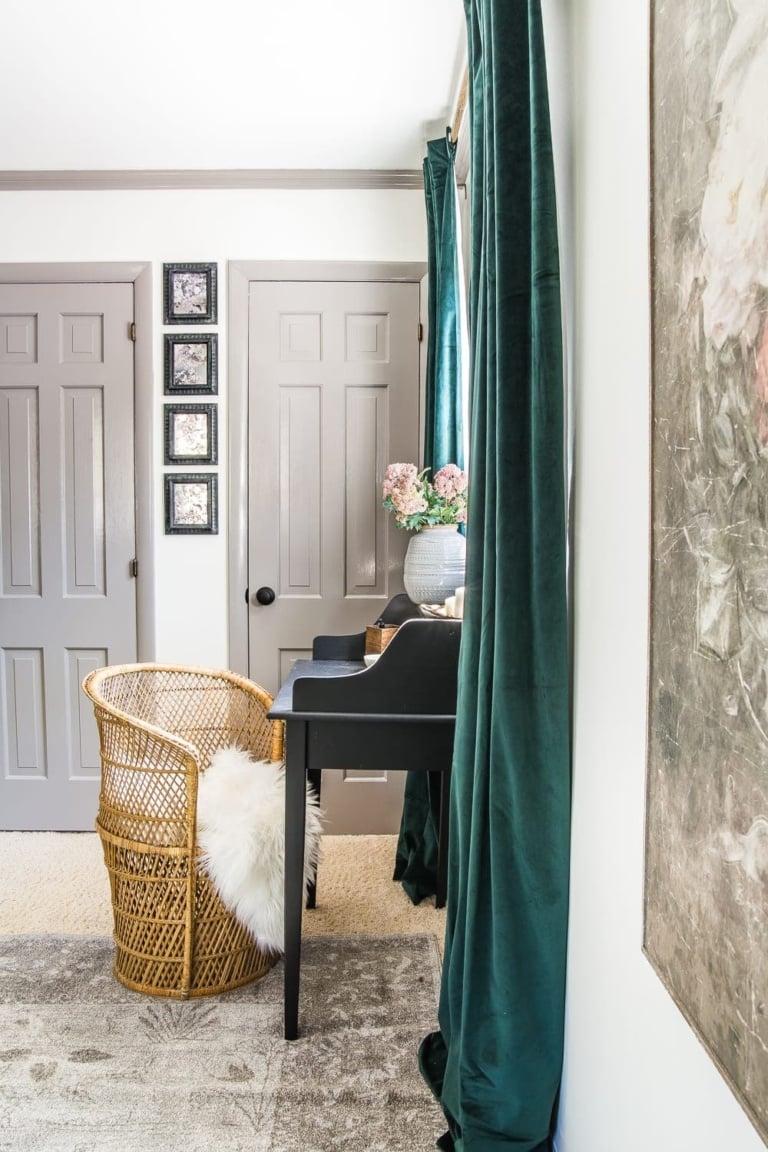