From the day we signed on that little dotted line and were handed the keys earlier this spring, Robert and I have been itching to share this post with y’all. If this were a Friends episode, it’d be called “The one with the big brick plans”. (That show’s producers were straight to the point, ya know?)

I remember from the moment we first walked up those steps to our house’s little stoop that I wanted to limewash this entire brick exterior. Robert admitted to me later that he had the exact same thought. Great minds think alike… or maybe minds who have been married for a while. 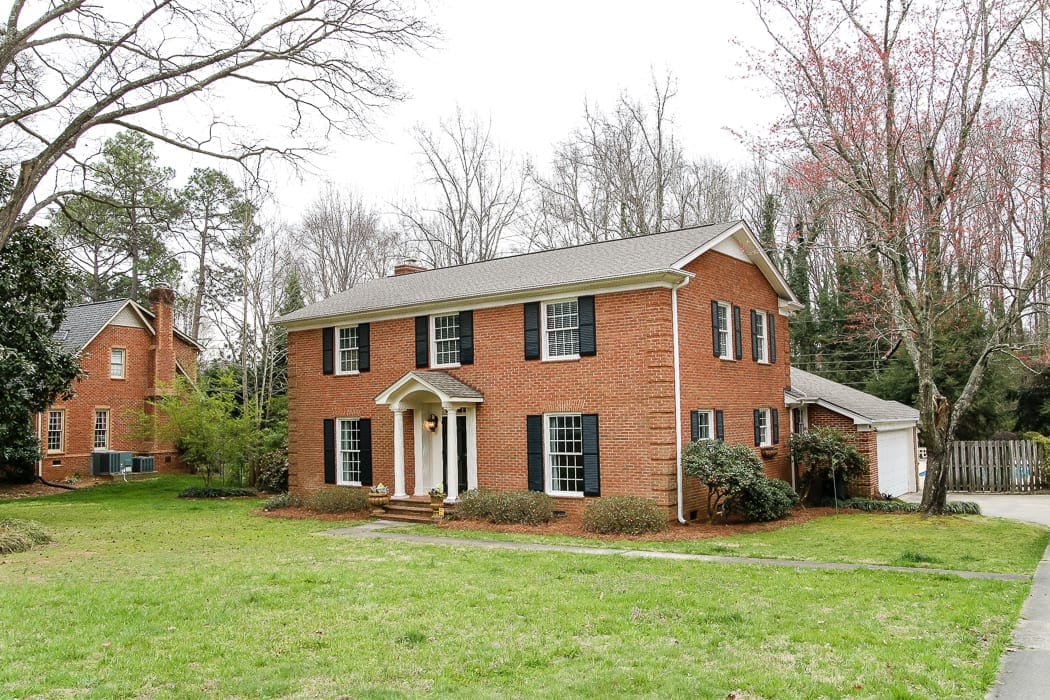 She’s a charmer, this little colonial of ours, but I know she would be even prettier all dressed in white. 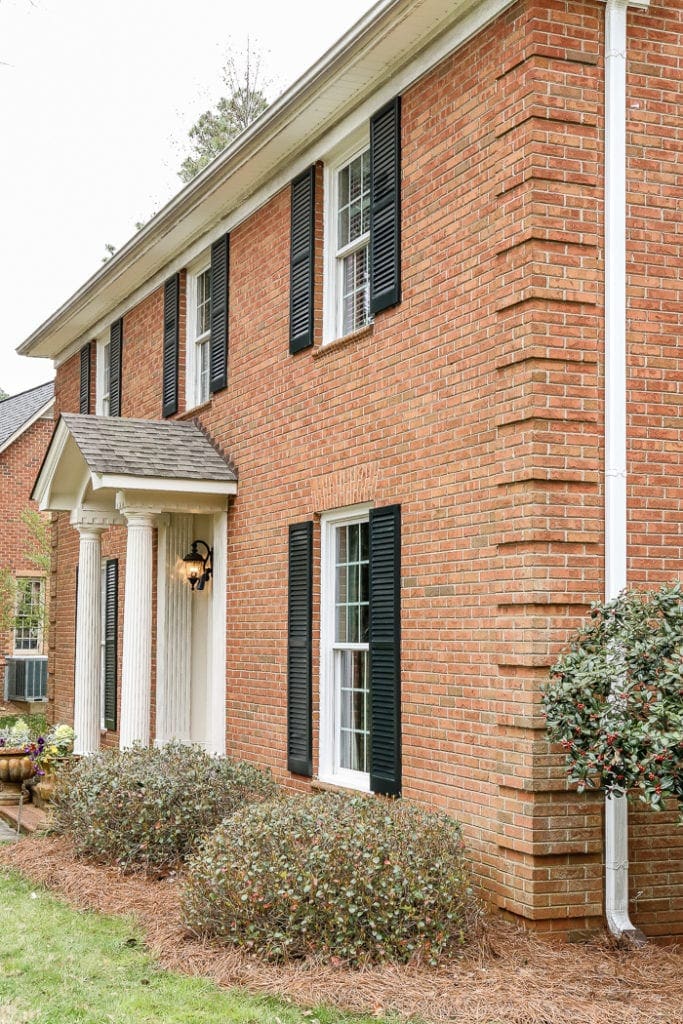 But because we like texture, we still want a bit of the raw brick to show. So limewash is the answer. 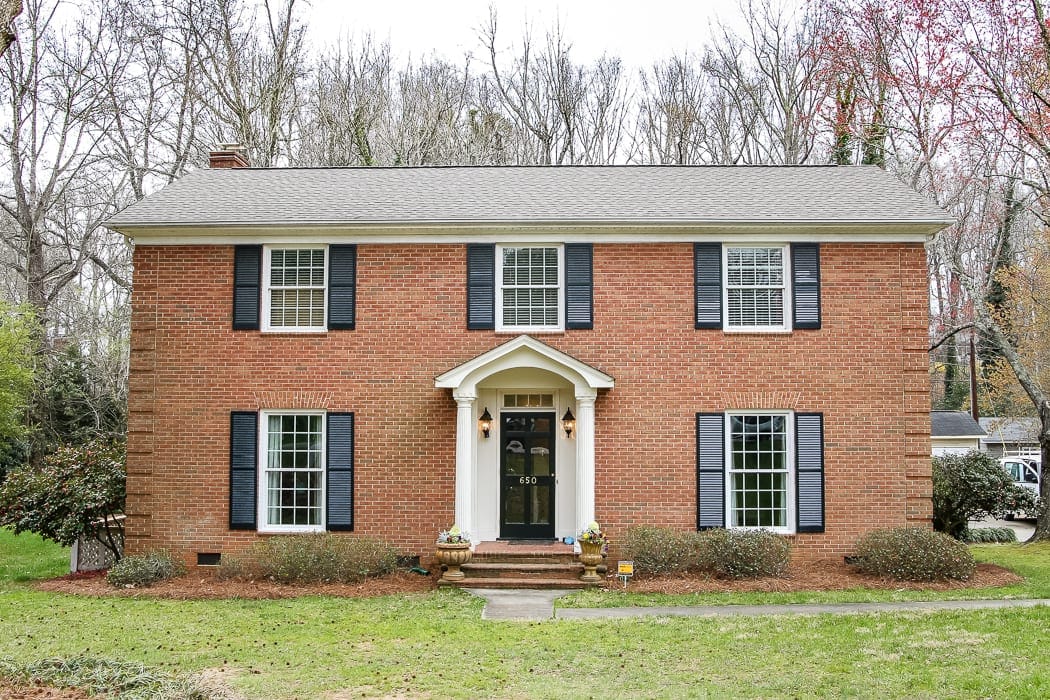 Remember back when I shared our fireplace makeover that featured the same orange-y style of brick? I spiffed it up with Romabio Classico Limewash, and I was instantly in love. 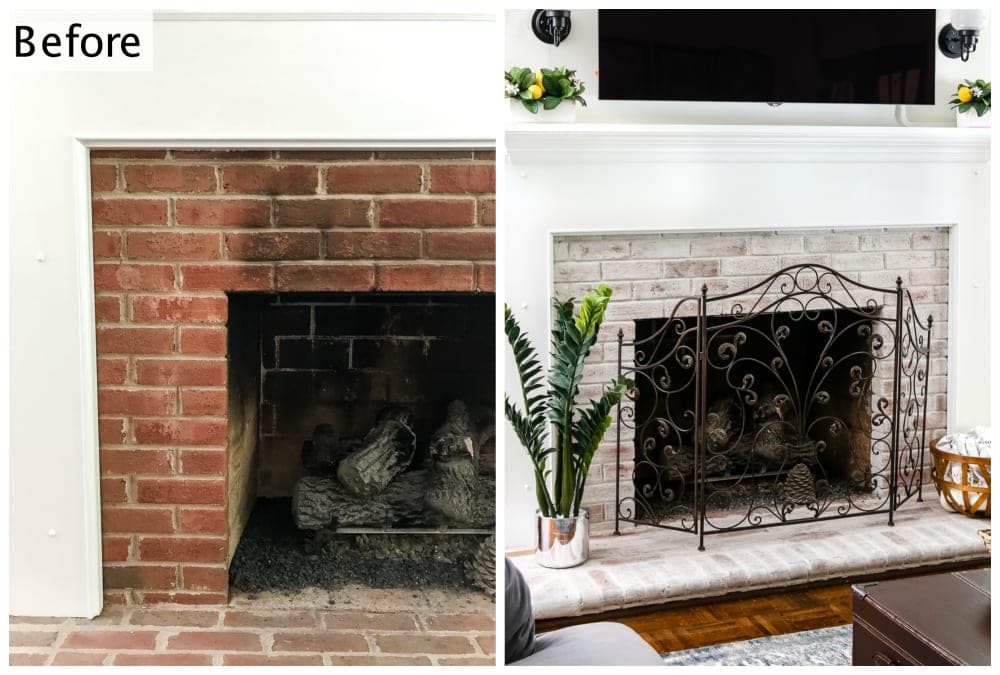 Romabio Classico Limewash is made of real slaked-lime from Italy that goes on in one coat and is much easier to use than German Smear or mortar wash. It’s designed for exteriors, so it doesn’t flake or peel off so it continues to have an authentic European look.

I loved working with this limewash so much that I reached out to Romabio to ask if they would be willing to help a girl out with the prospects of a house exterior makeover, and lo and behold they’ll be coming out in November to make it happen!

In a few weeks, our brick colonial lady will be looking a lot like this: 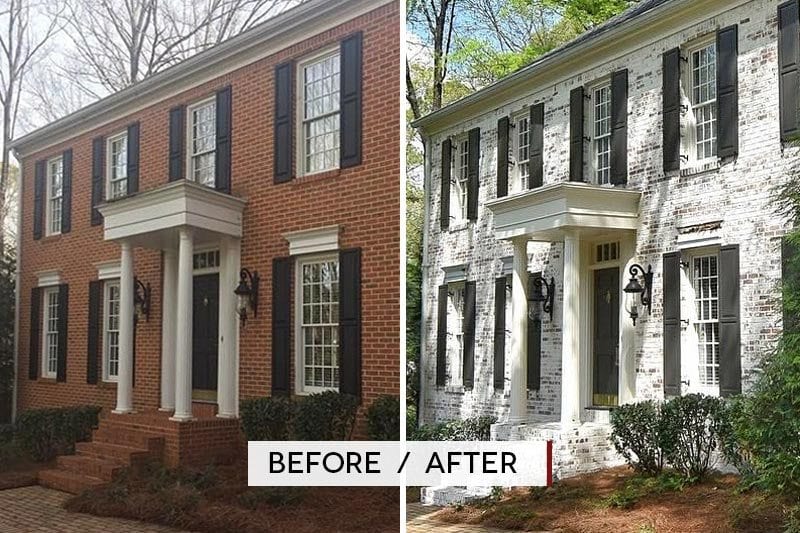 I cannot WAIT to see it all happen in person, and I’ll be sure to include y’all every step of the way on my Instagram Stories as we make progress.

So now the question is what color to pick… what limewash would you choose? 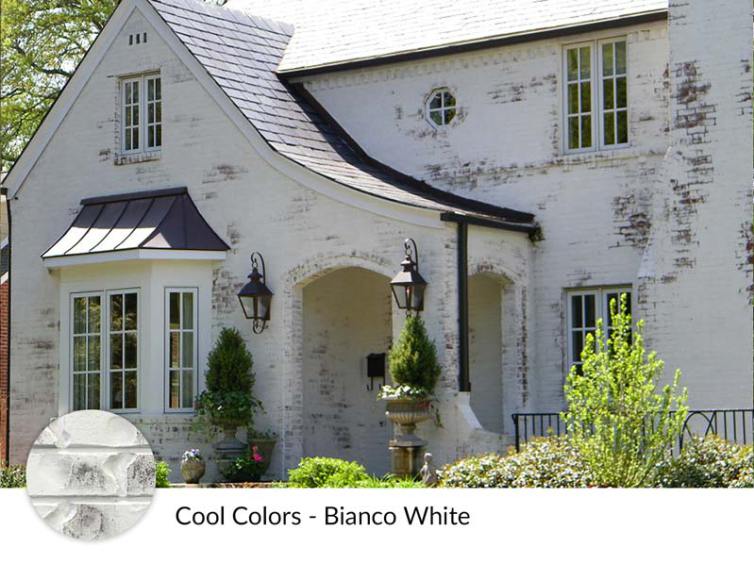 Bianco White-  a true, bright white with no yellow undertones. 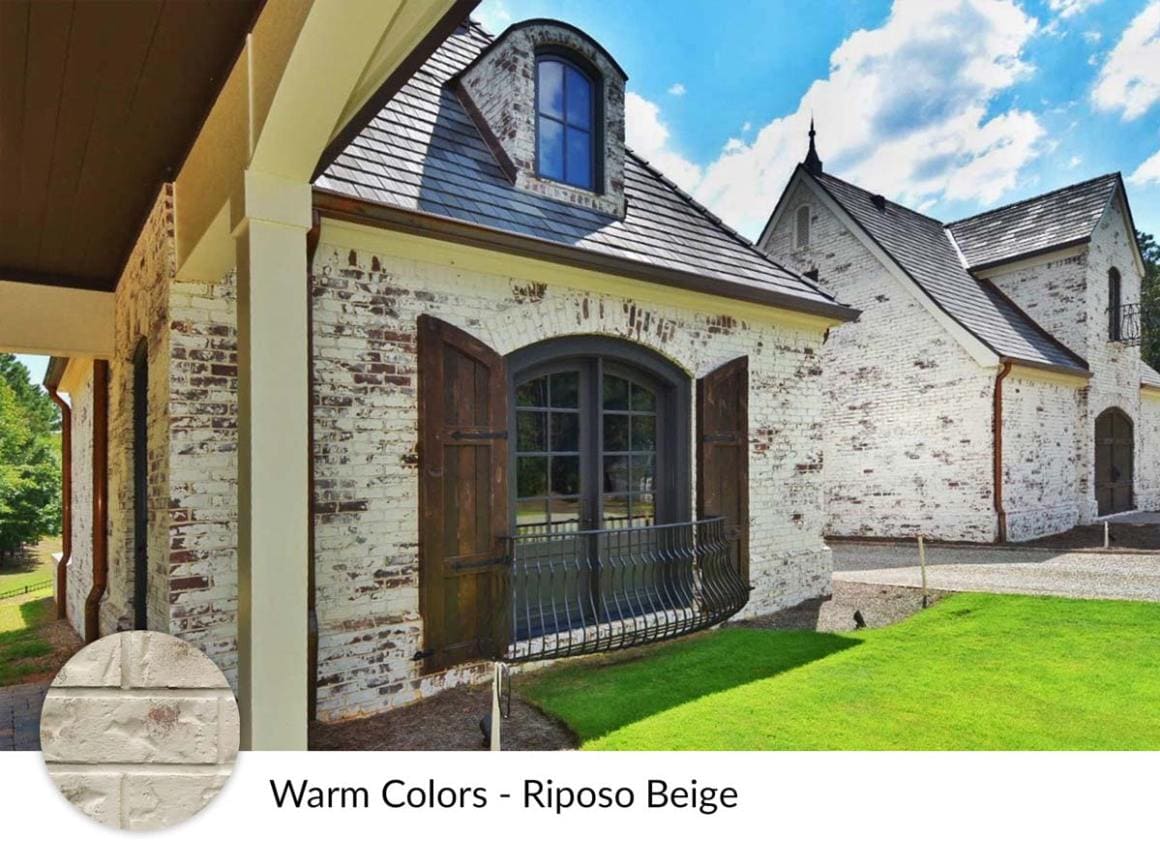 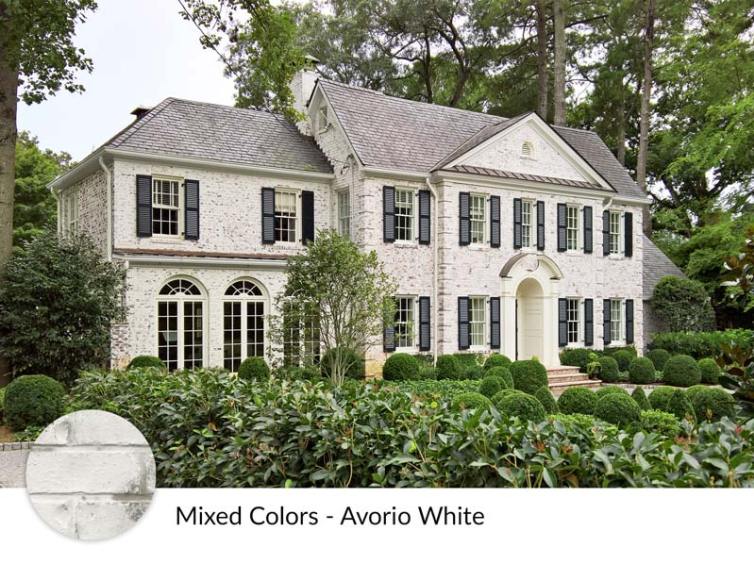 Avorio White-  a neutral white that works well with either cool or warm tones on trim and roofs.

They have 4 more colors too, but these were my top 3.

While we’re at it with limewashing the brick, we’ll be painting the trim and shutters too. I love so many of these looks that it’s hard to choose just one… 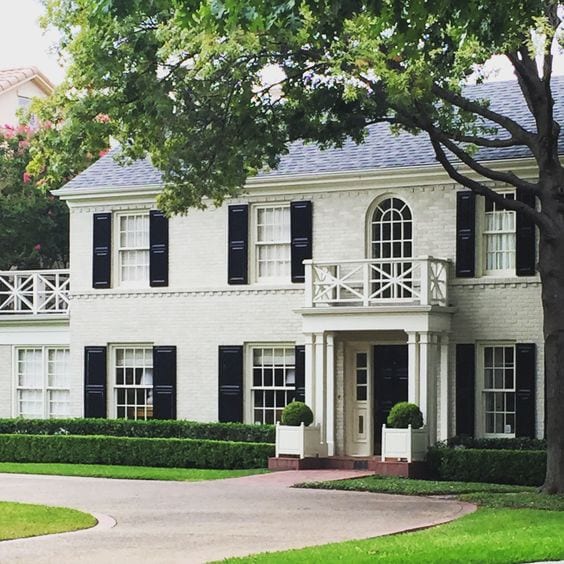 Black-  A classic black and white would pop so beautifully. These are some of the Behr paint colors I’m considering that are great for exteriors, if you’re thinking of spiffing up your exterior too. 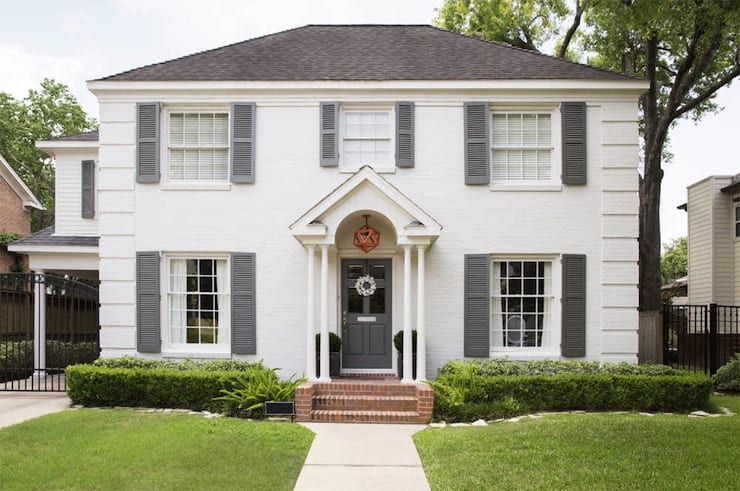 Cool Gray–  The softer looks of a cool gray feels so welcoming. 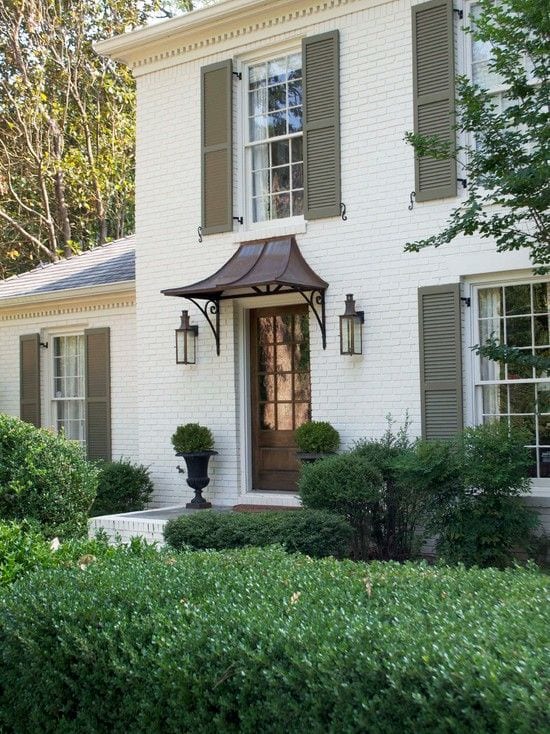 Warm Gray-  A more yellowy gray would be so lovely too.

Navy Blue-  I love this punch of color that still behaves like a neutral.

French Blue-  This color is not so much a neutral but look how gorgeous! That color on the shutters coupled with a rustic wood front door would look so chic. 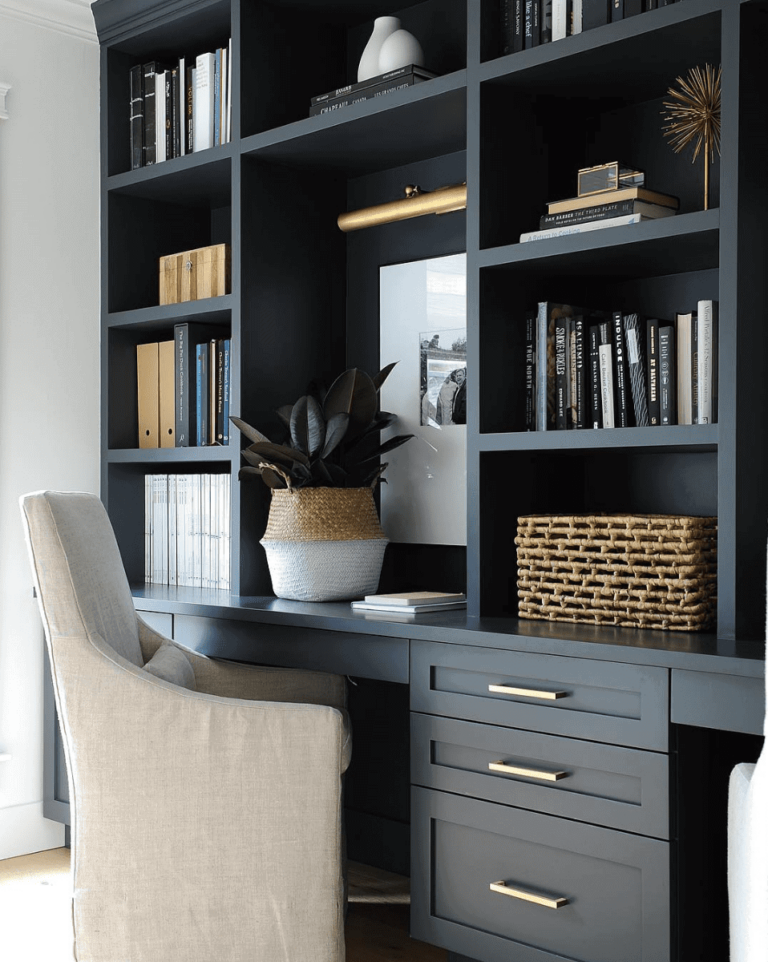 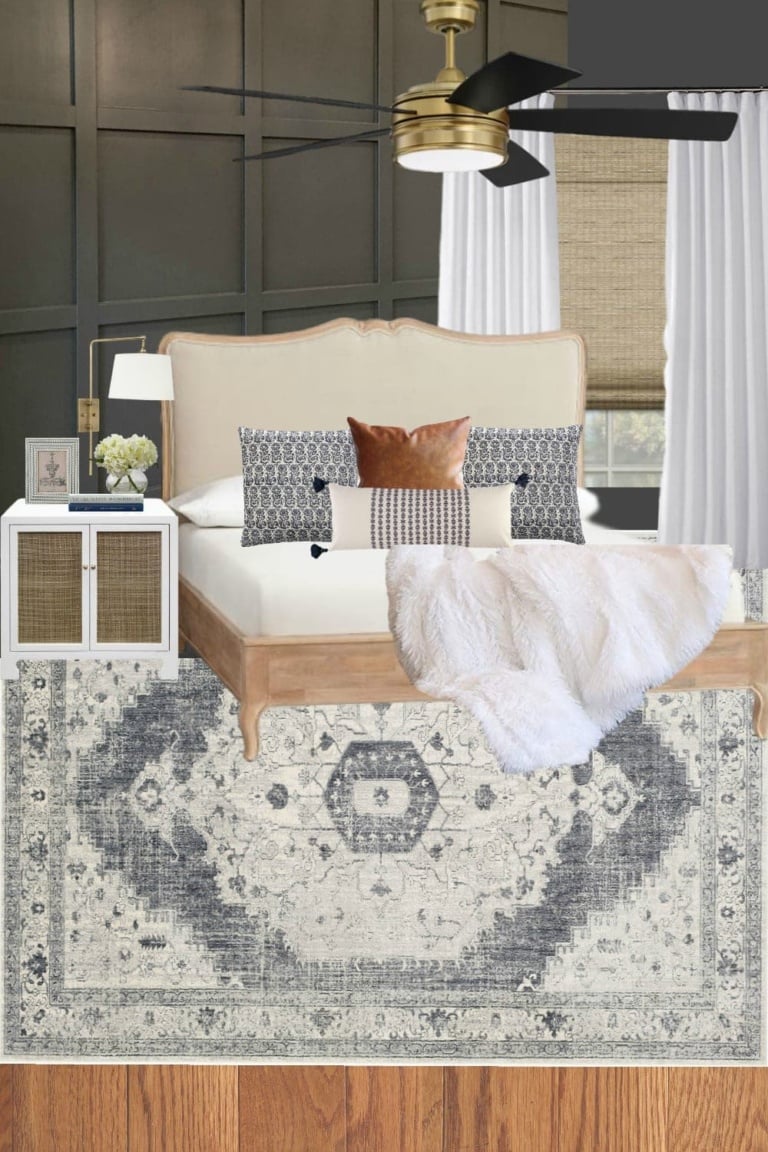 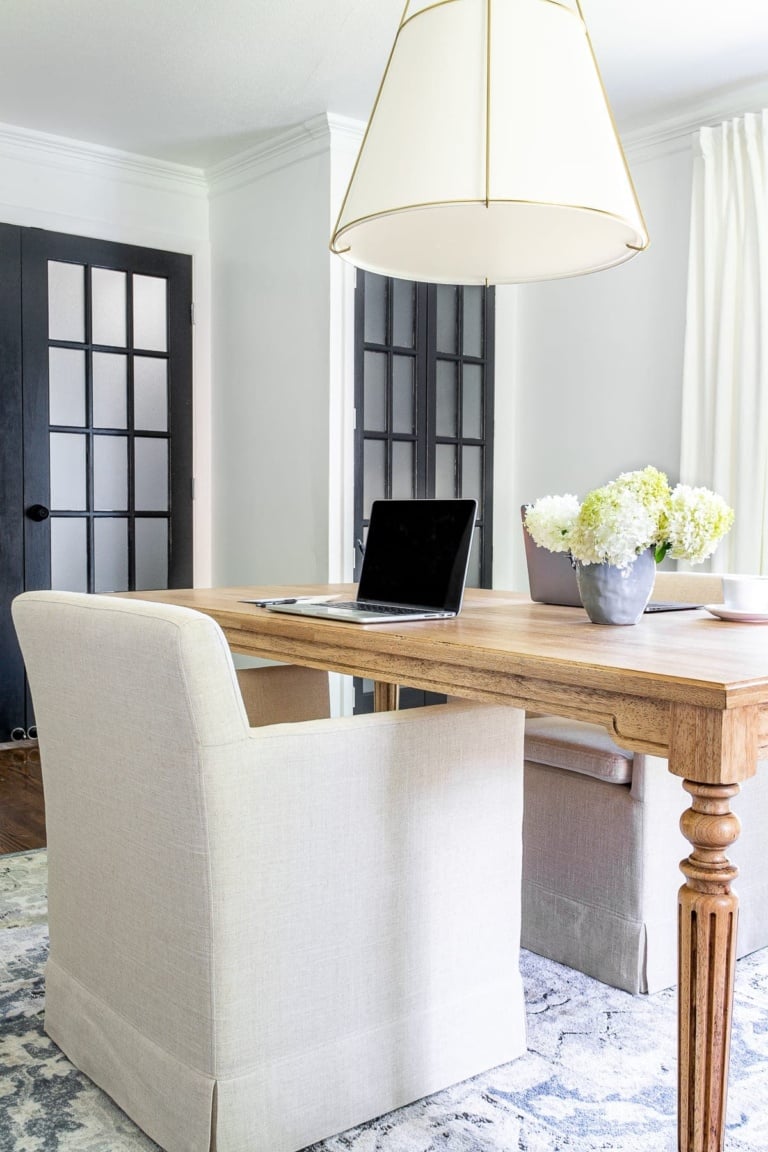 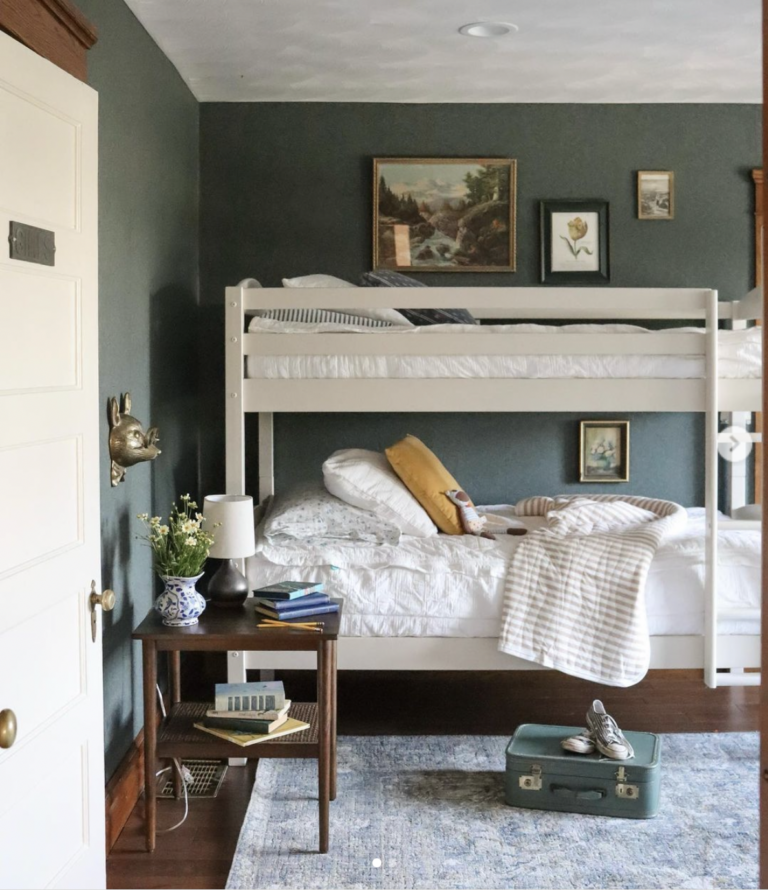