Oh my stars, y’all! We made it! And we officially have the cutest kids’ bathroom in the history of ever on the planet! 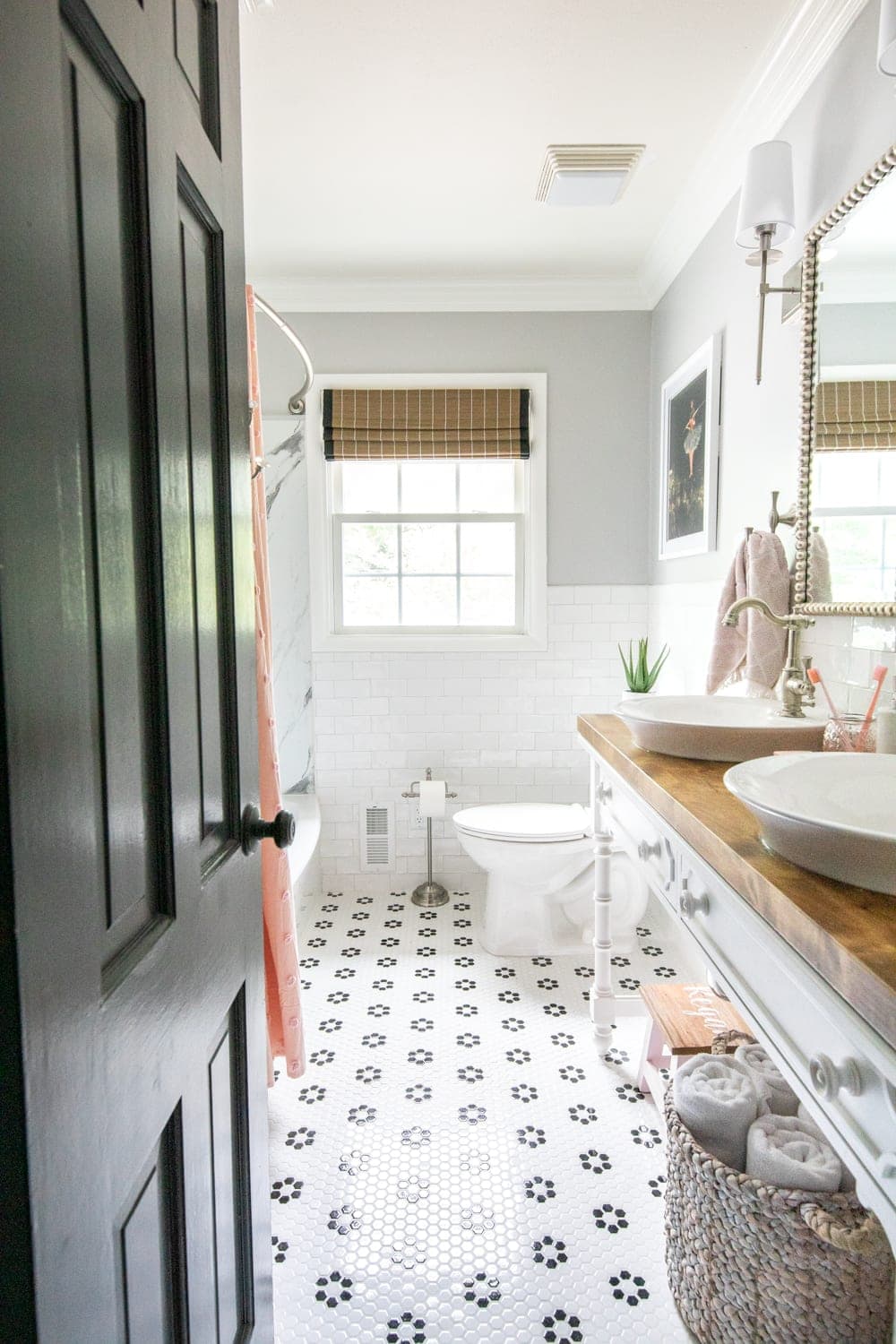 This space had a long journey starting with its beige beginnings when we first moved in. 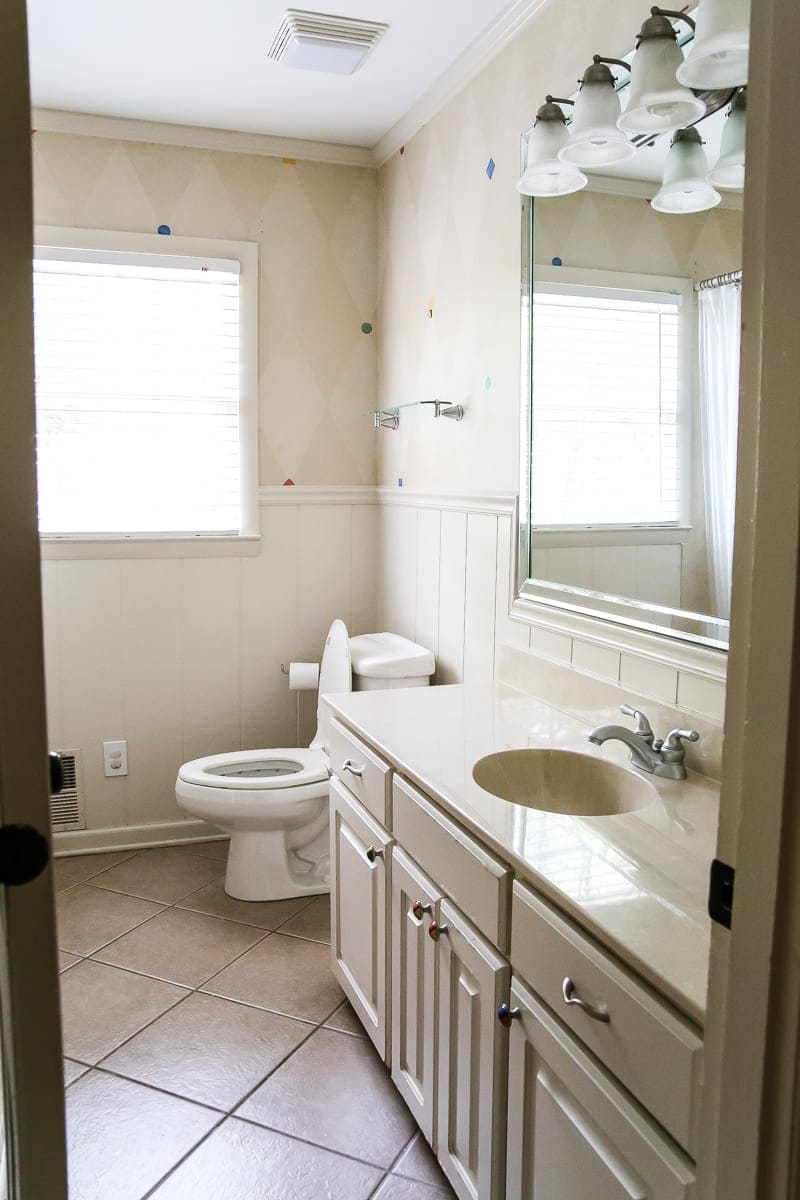 Then, Robert and I gave a quick paint job to pretty much every single surface to temporarily disguise its shabbiness. 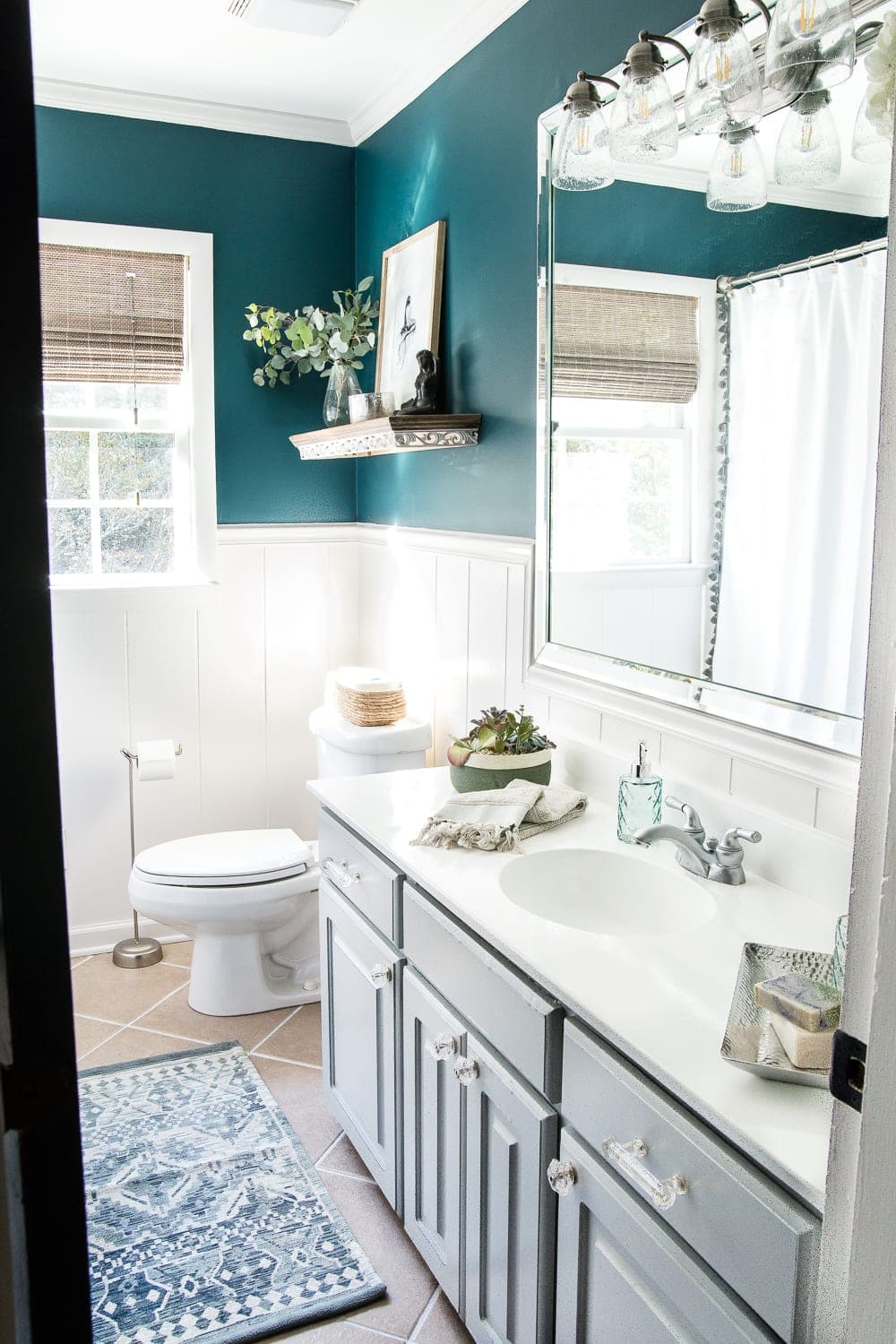 And now it is ready for two sweet little girls! 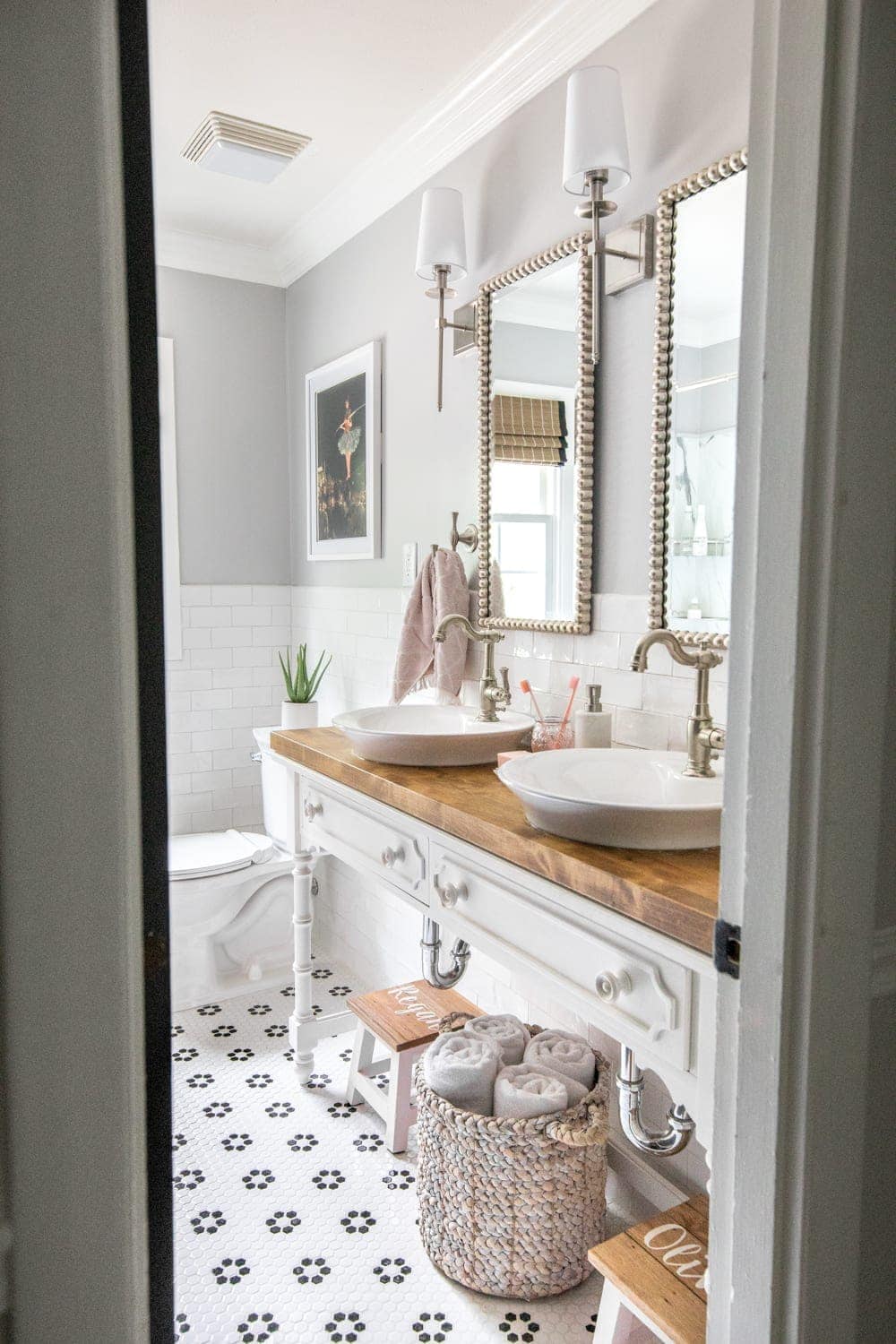 If you haven’t been following along, you can see the full reno here: 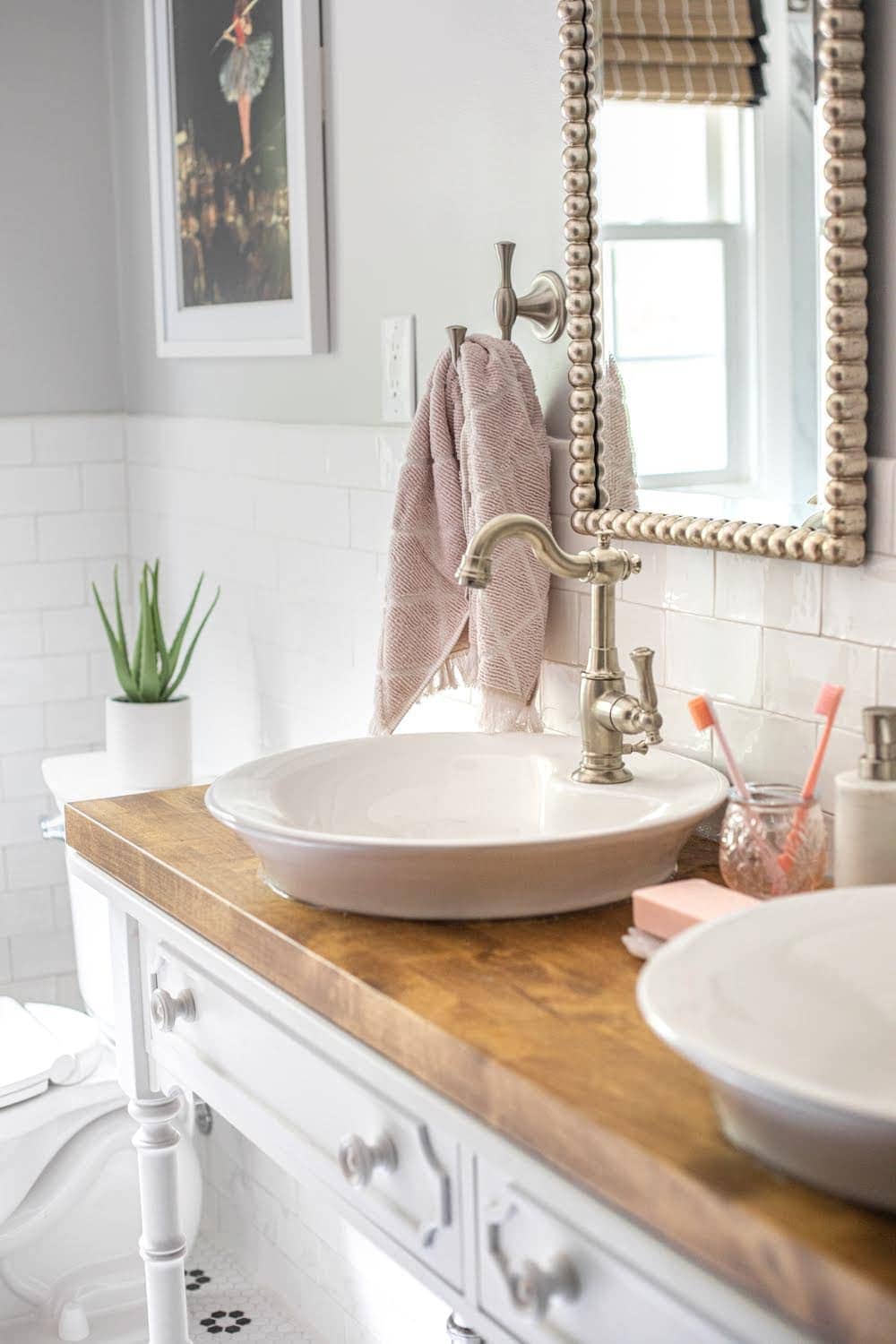 These shower walls are from the American Standard Passage Collection and they’re absolutely GORGEOUS! They look like real marble, but the material eliminates the concern about staining and maintenance, which is the tricky part about the real kind. I was not about to fight that battle.

But it’s also much cheaper than real marble, and installation is very easy. Plus, the walls come in other patterns too. 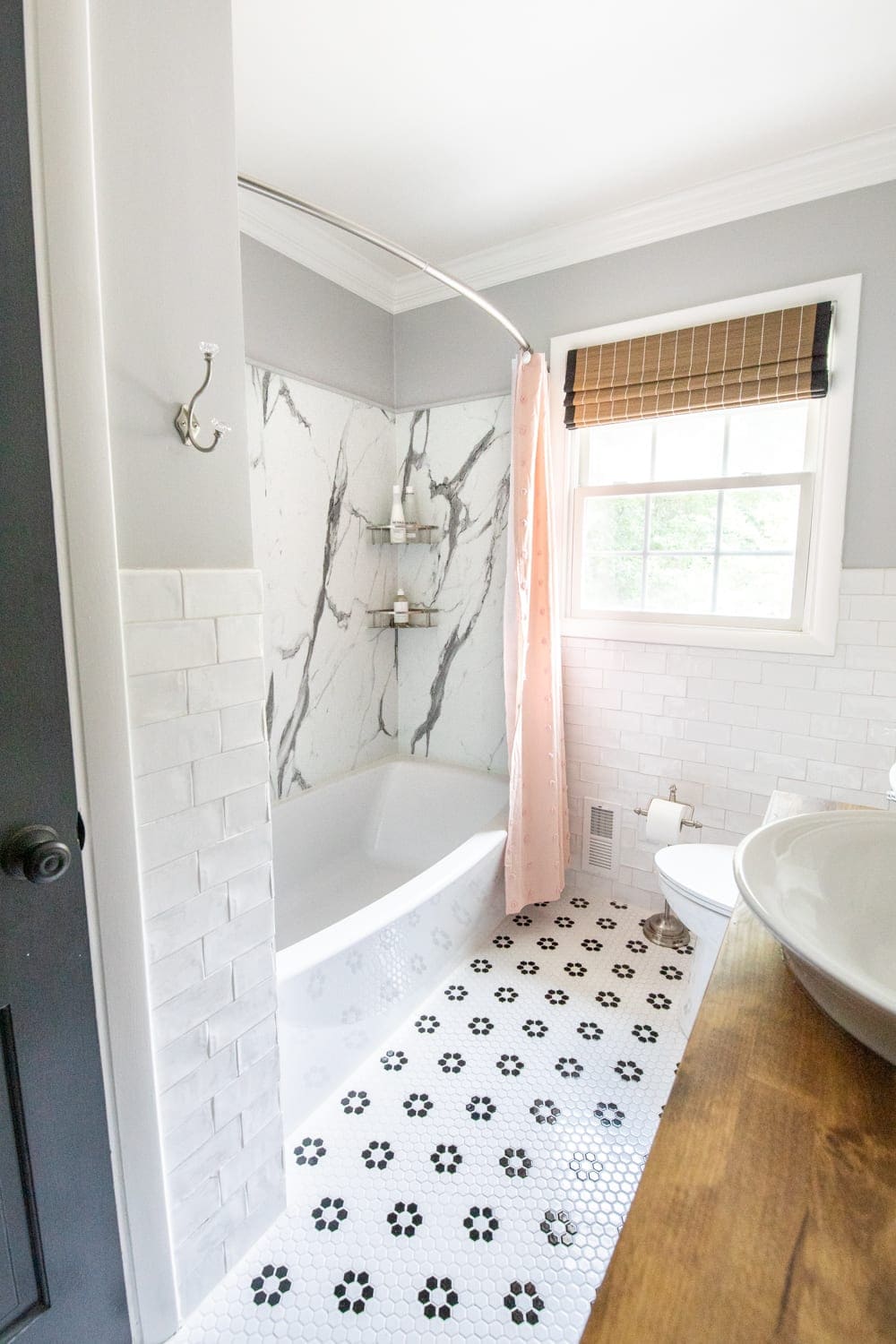 Sure beats the before by a million miles. 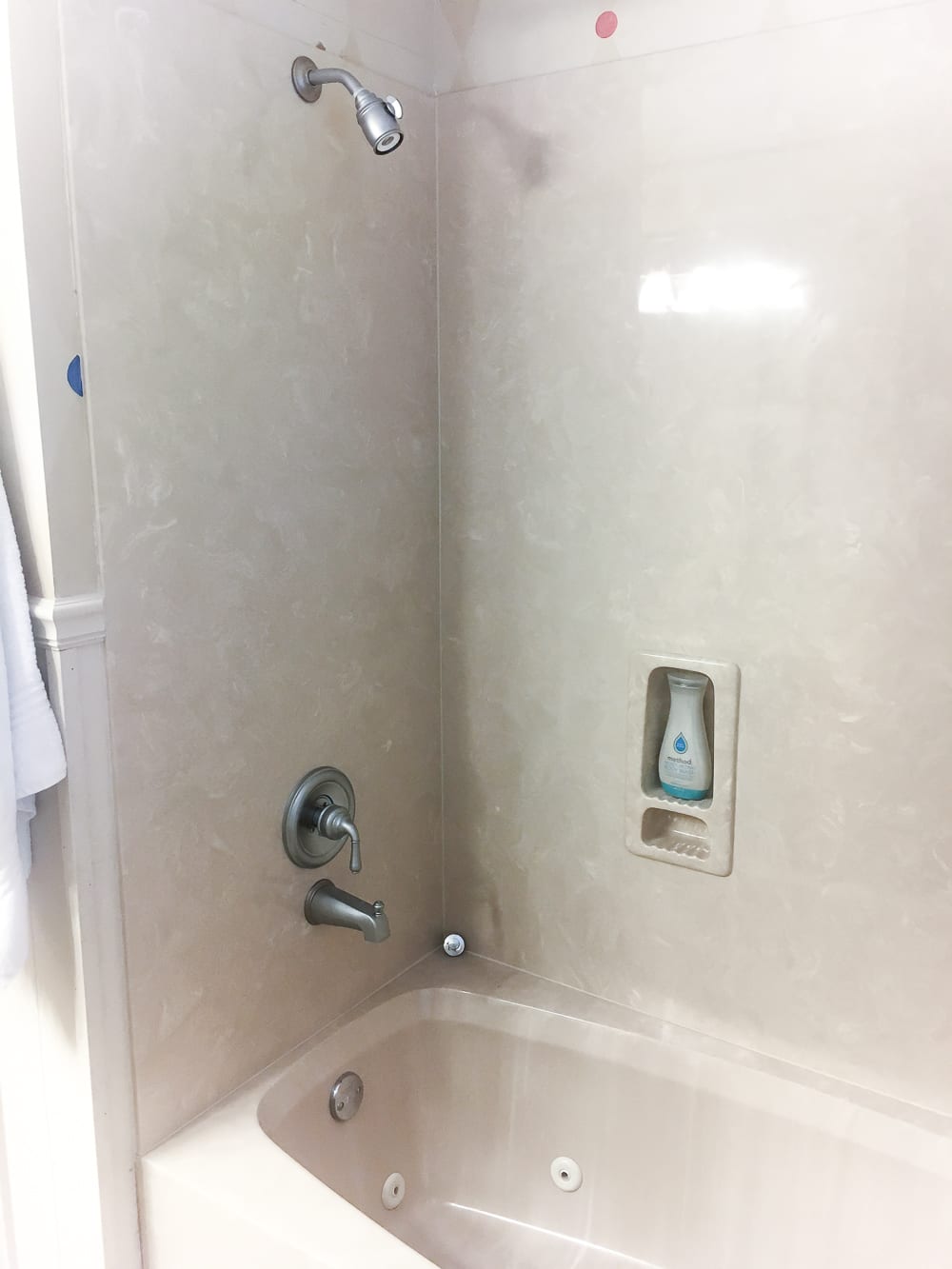 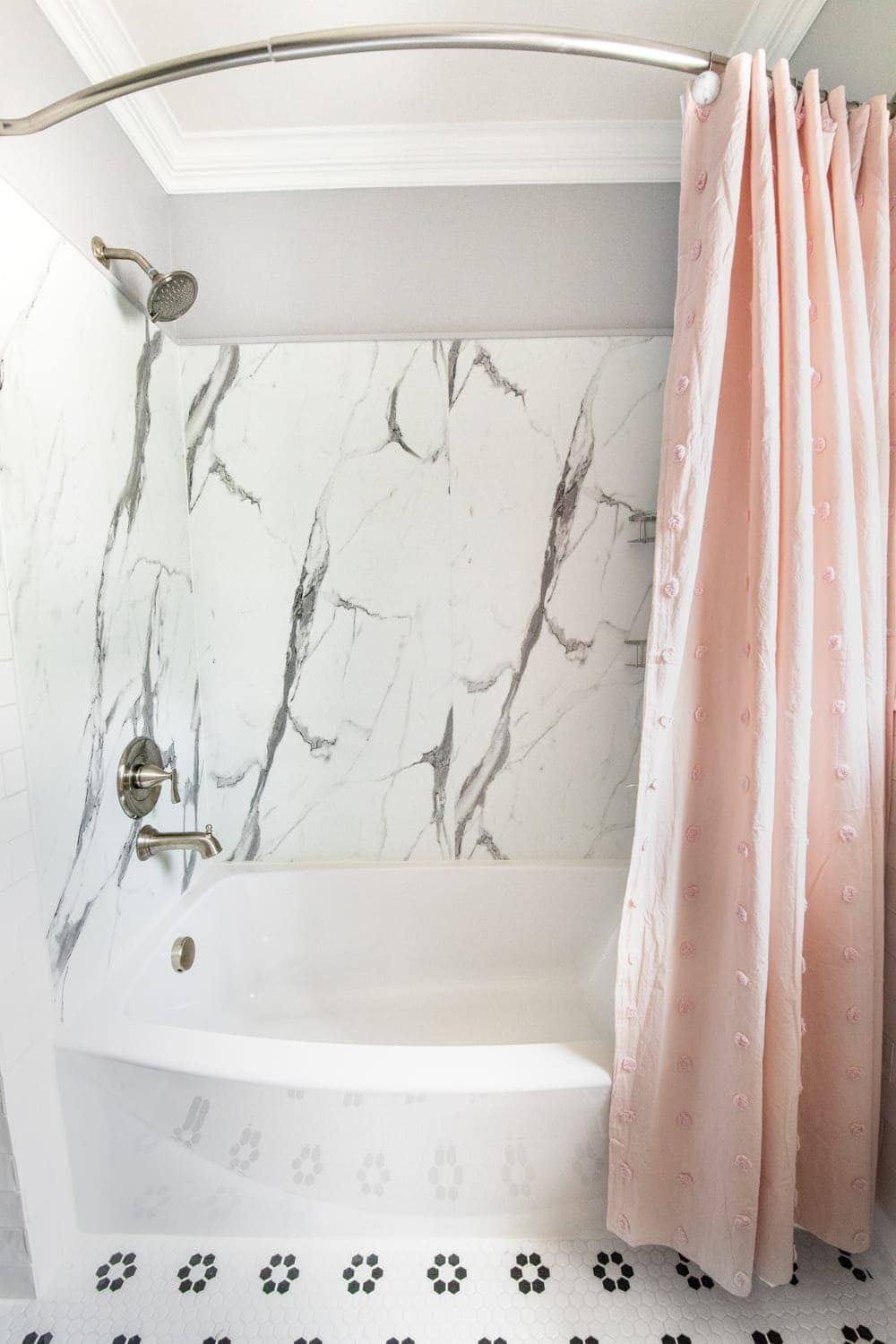 We picked these two Passage shower shelves to go with it so that each girl has her own (hopefully to decrease any sibling fights one day). 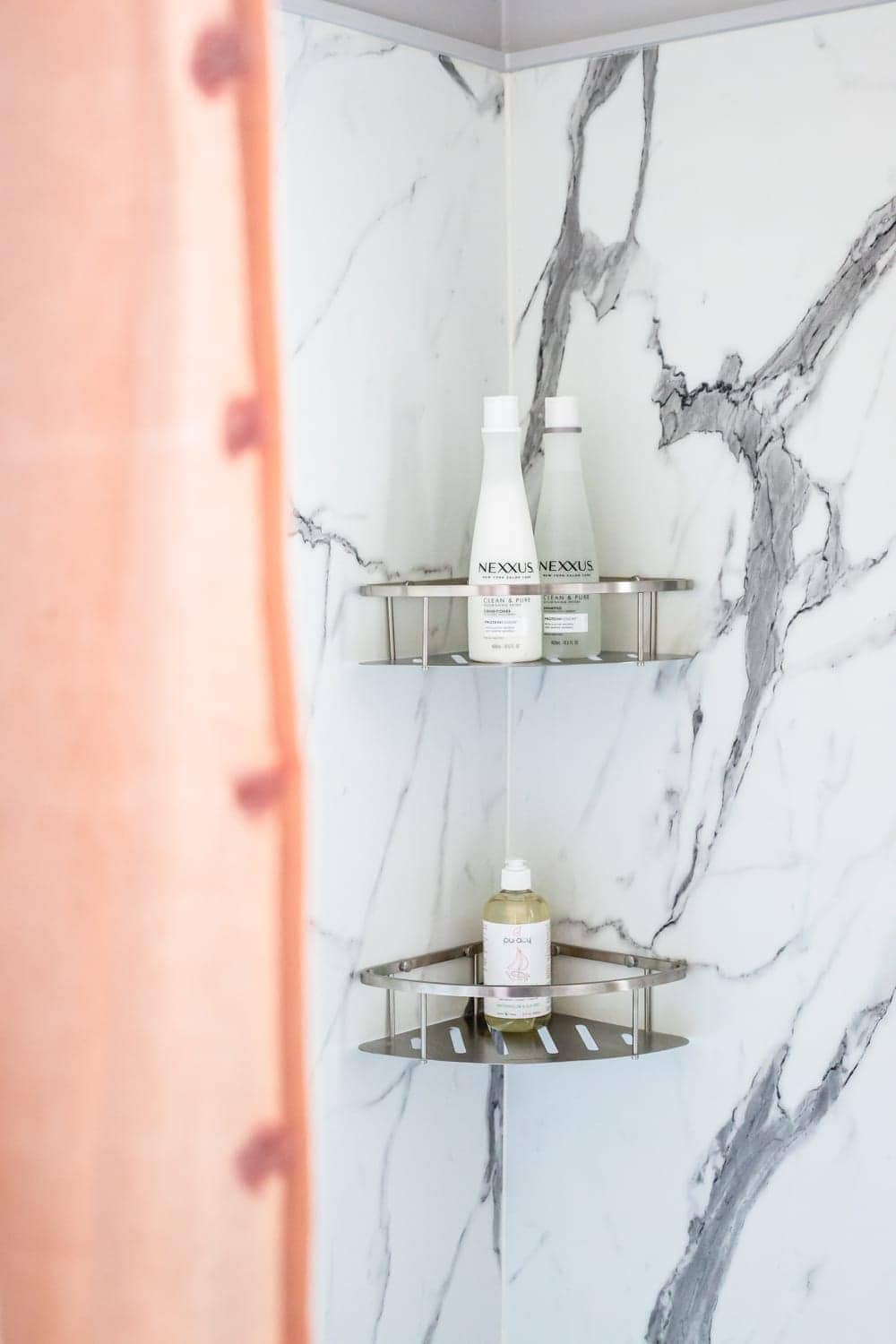 And we incorporated this Chatfield tub and shower faucet, which has an anti-scald valve to prevent sudden spikes in water temperature and protect the girls. It comes with WaterSense technology to decrease water usage and cut down on our water bill too… because life with kiddos is not easy on water bills. 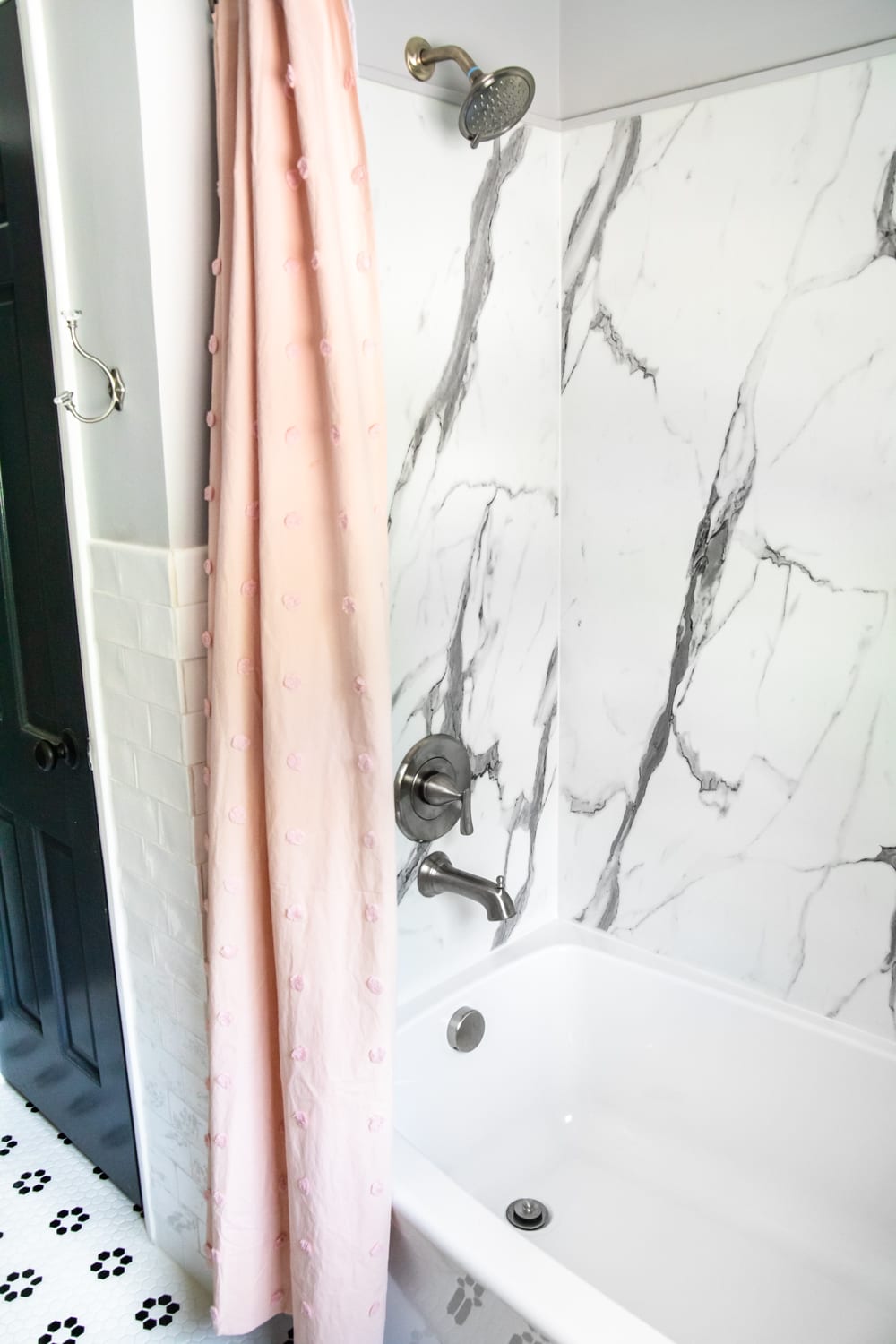 For the tub, we went with this Ovation tub to give us a little more width and make baths feel a bit more luxurious without taking up too much precious room. 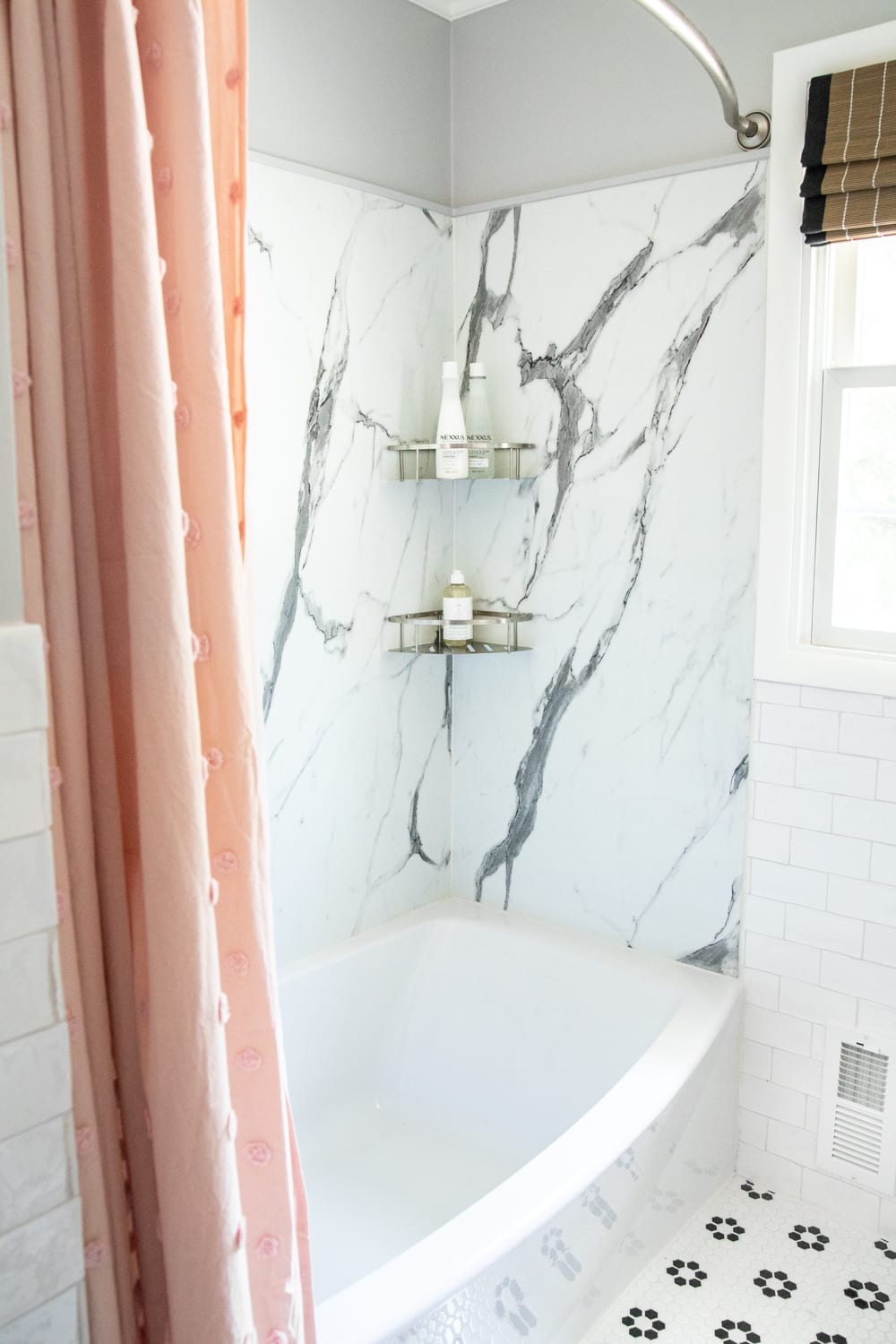 One of the biggest must-haves for us in this bathroom was an open vanity because we were working in such a narrow space that even standard sized sinks were too wide to place in the room.

These American Standard Morning vessel sinks work perfectly because the size is just right and the sides aren’t too high so that our girls can still access the faucets easily.

Thankfully, we don’t need the storage anyway, thanks to a huge linen closet in here, so we adapted a console table and topped it with butcher block sealed with multiple coats of spar urethane to protect against water splashes.

And the girls still have functional drawers in it to store hair brushes and makeup (one day years from now, which I’m SO not ready for). 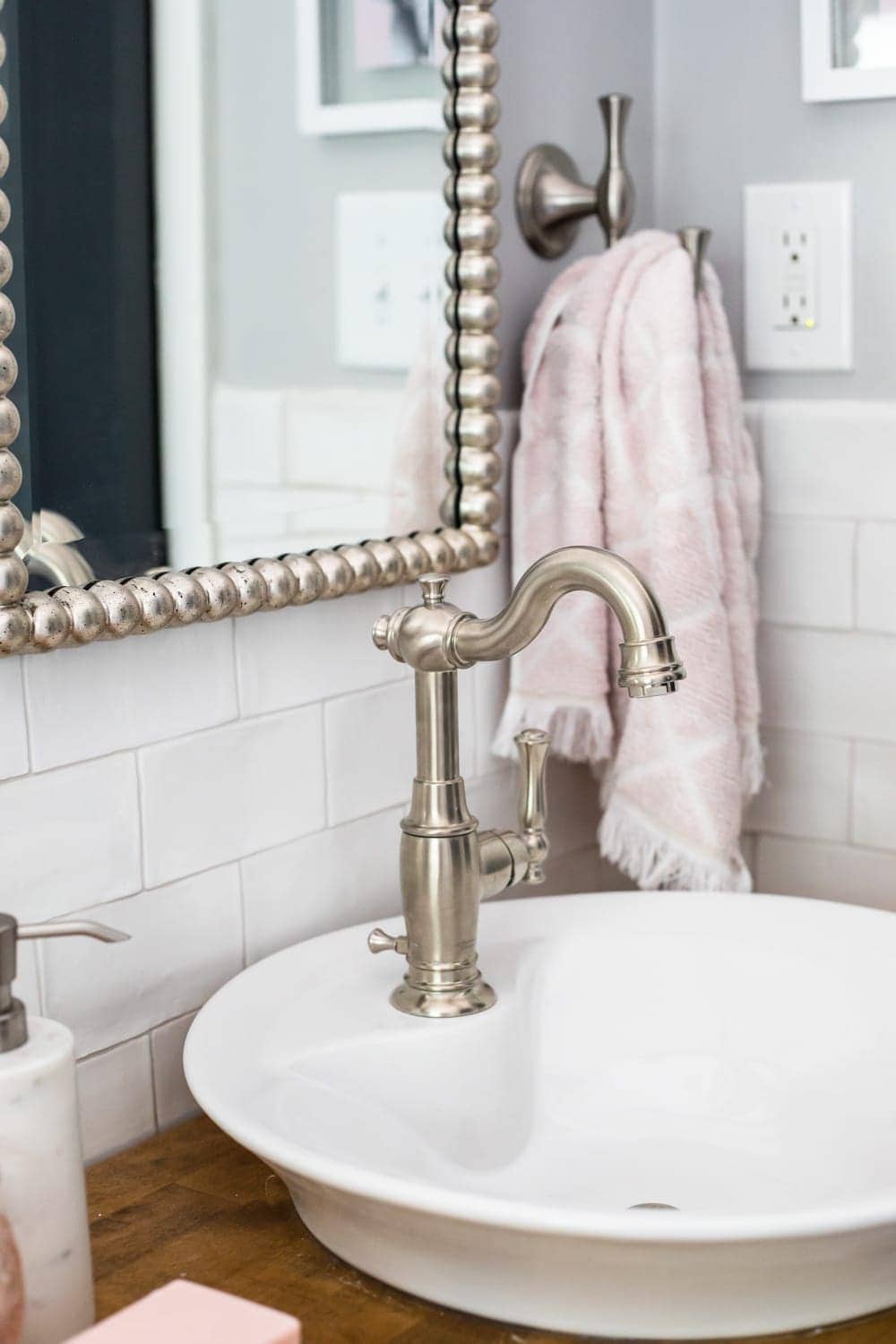 I chose these Quentin faucets to keep it looking feminine, and I stuck with brushed nickel since it’s a tad easier to keep clean with little ones than chrome.

And I incorporated hand towel hooks instead of rings since they’re easier for kids to hang up towels (here’s hoping anyway). 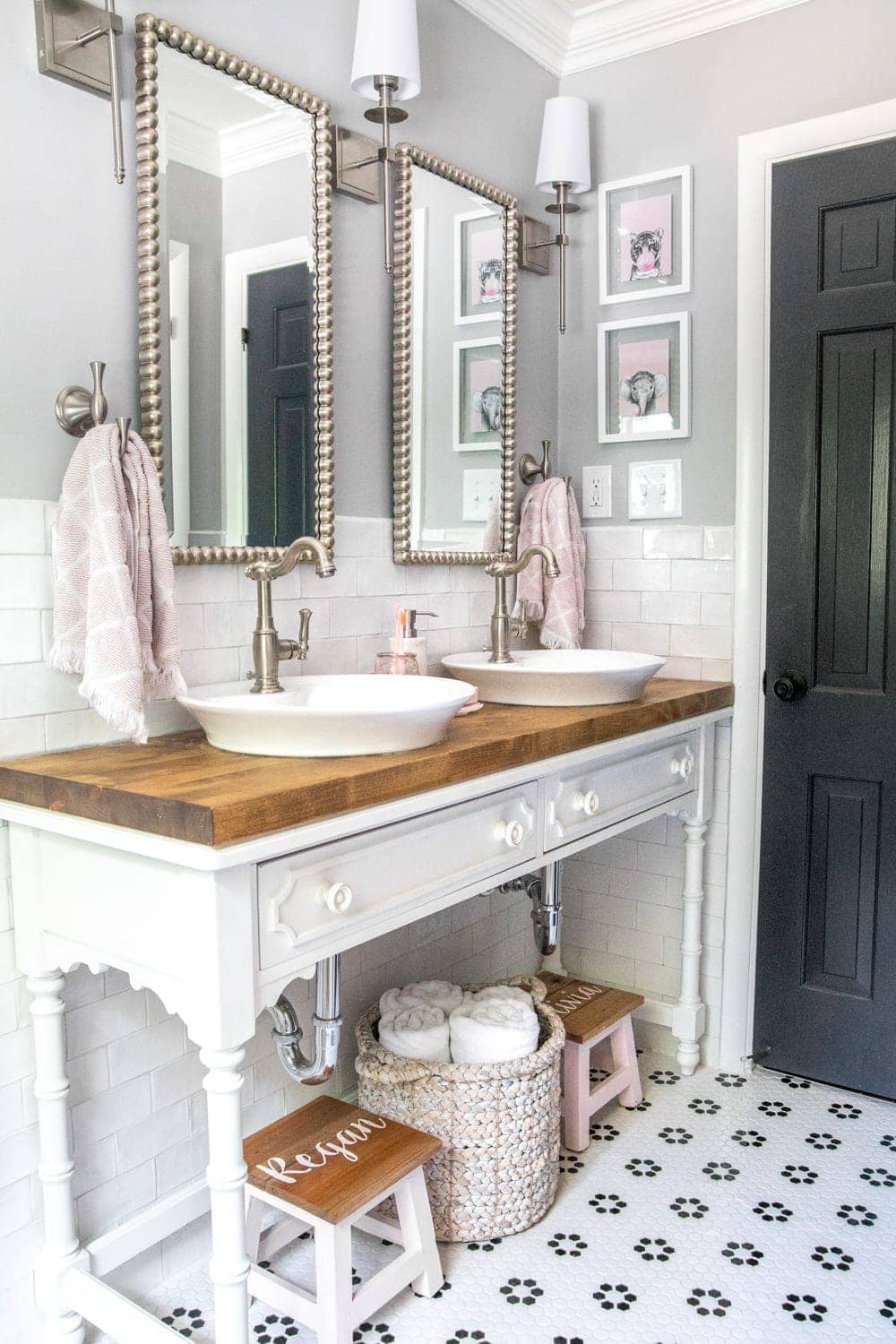 Not even kidding. I was SO excited about this toilet. (You might be a grown-up if…)

It’s called the VorMax and it’s self-cleaning!!! Can I get a hallelujah? 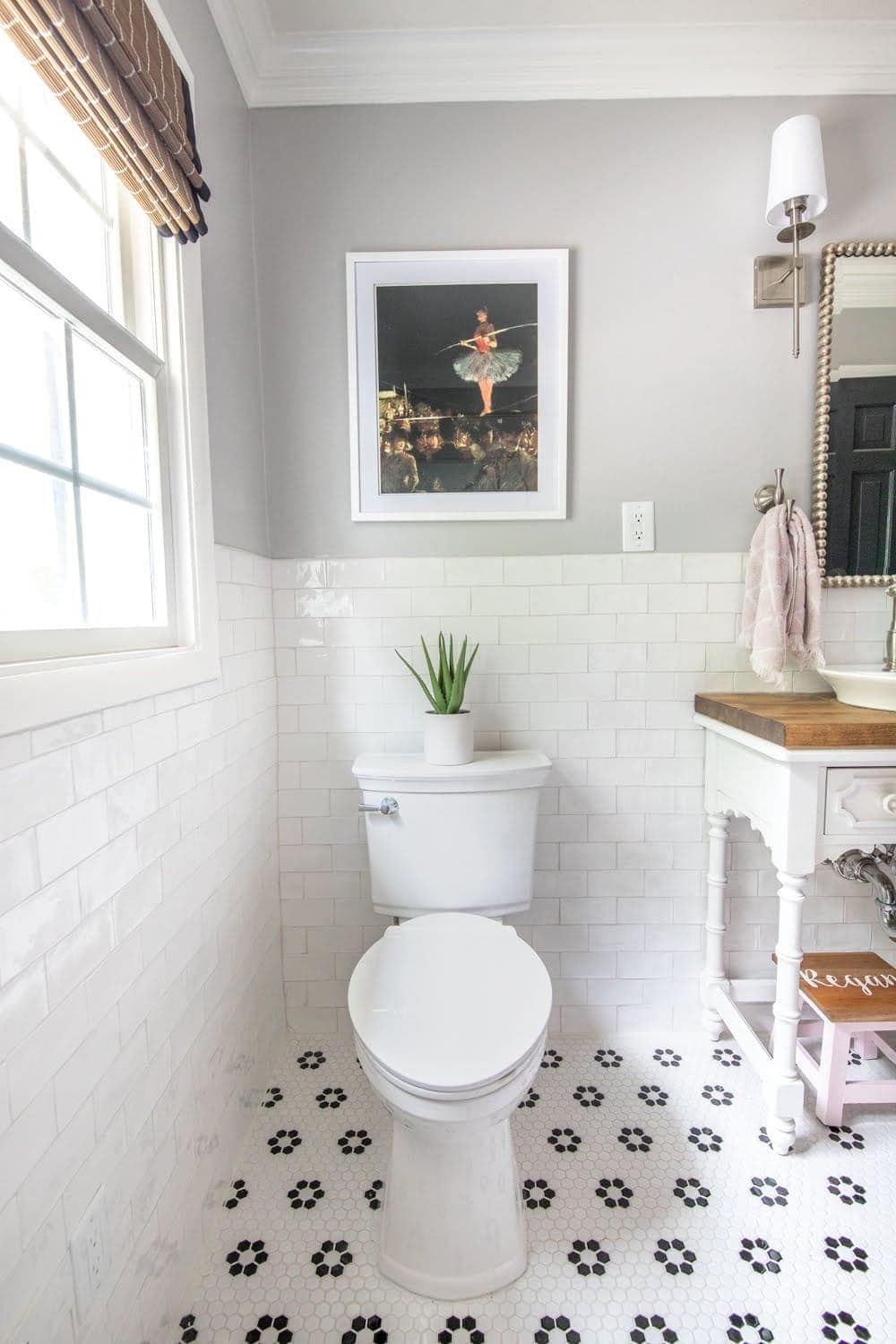 It has this little Lysol cartridge inside that will clean the bowl for you every time you flush. The maid a.k.a. me is thrilled. 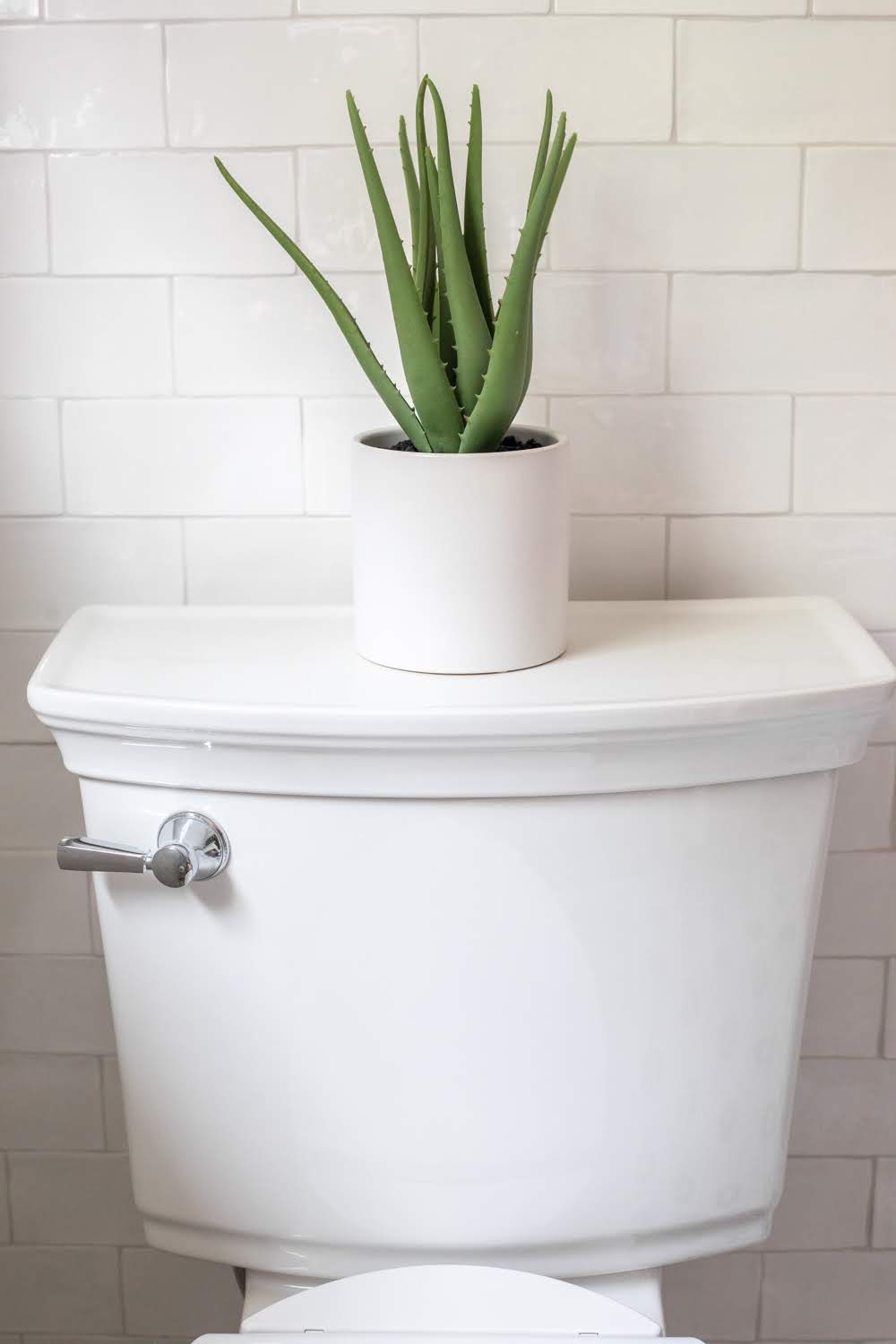 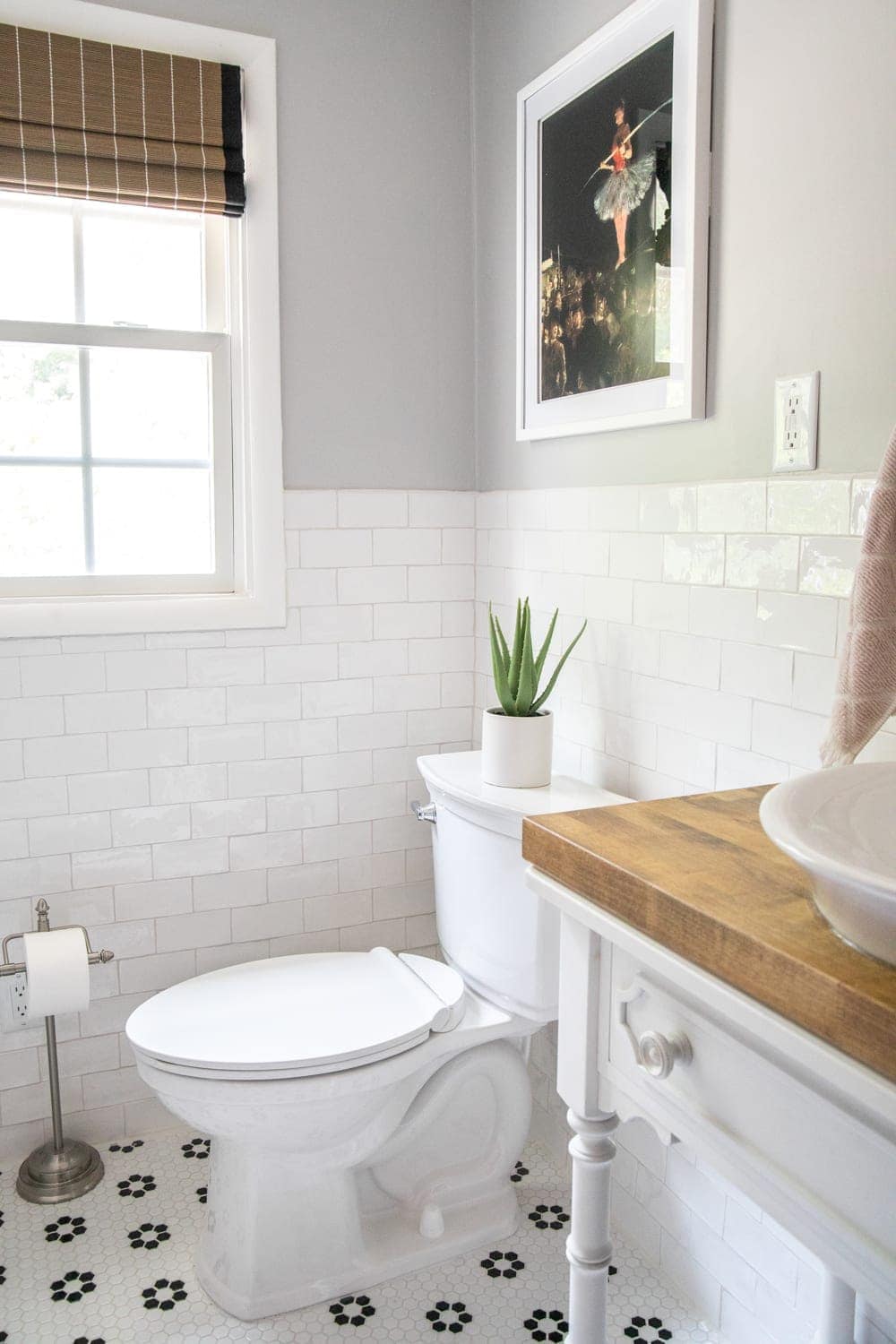 This deep linen closet was the whole reason we weren’t worried about losing cabinet space with the open vanity table. We put it right back like we had it before because it functions perfectly for us to hold cleaning supplies, towels, hamper, extra bedding, bath toys, and toiletries. (You can see more of the details about it in this linen closet organization post.) 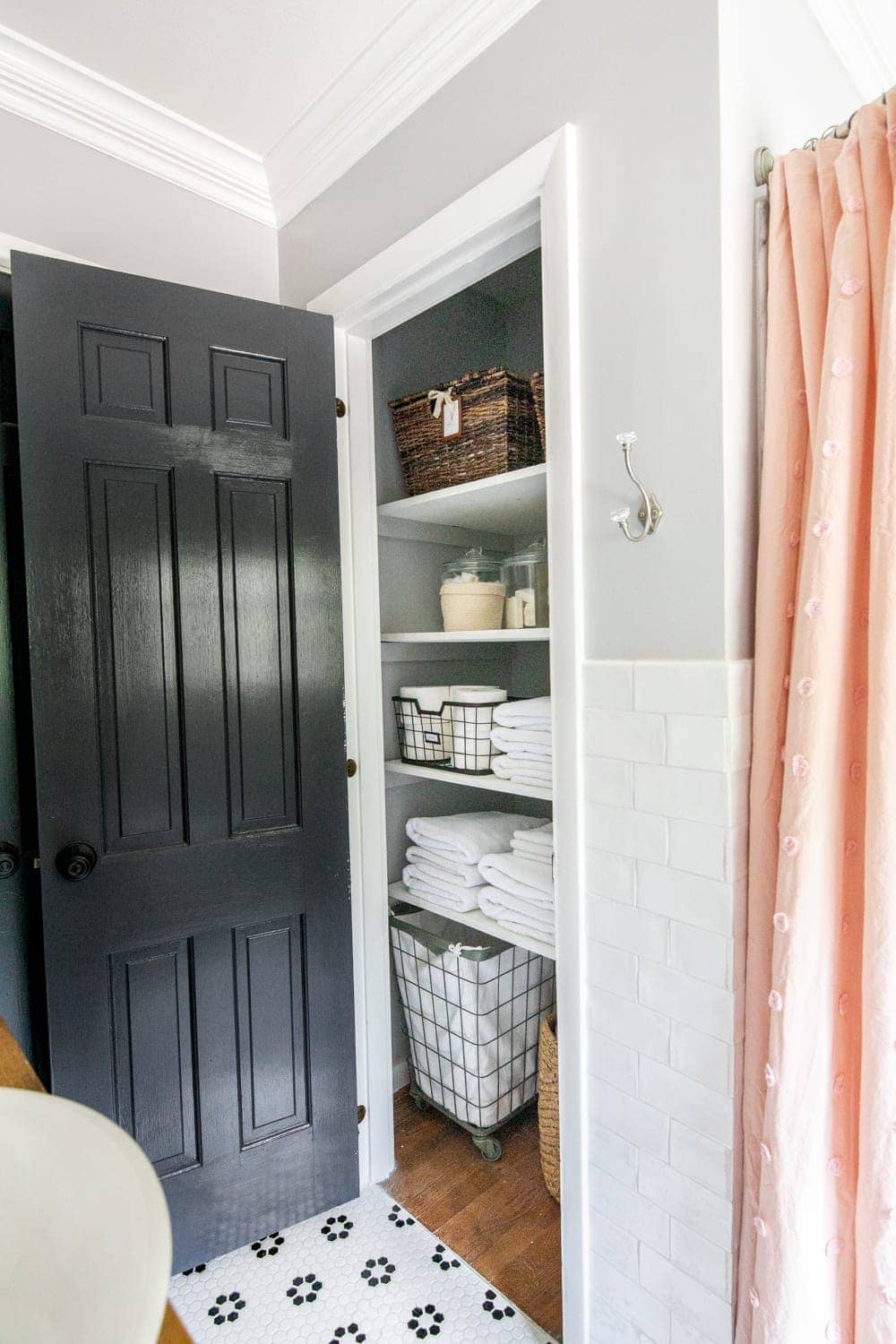 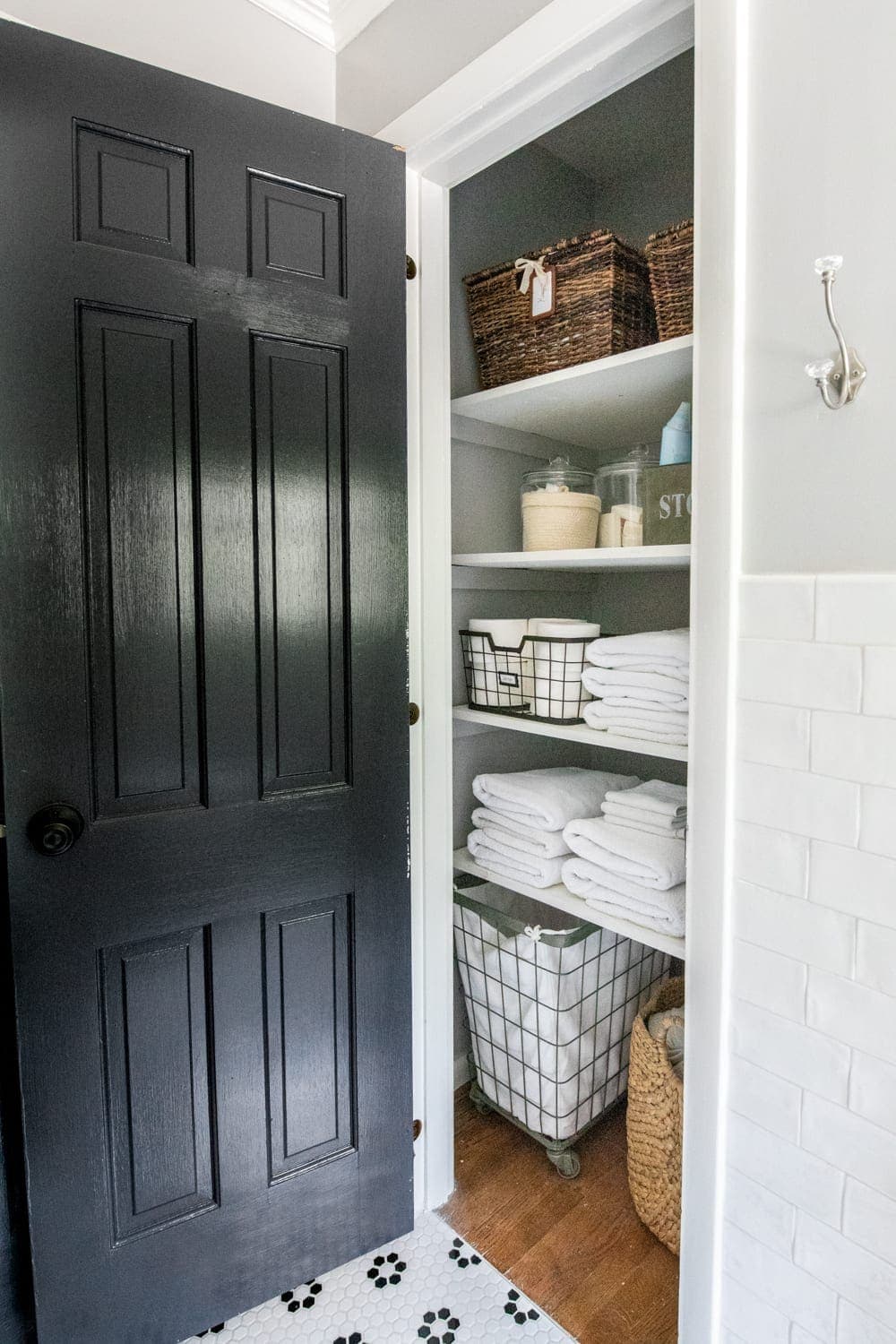 The best part is because we chose modern-traditional-retro touches and a mostly neutral color palette, we’ll be able to change the look of this space a little bit as the girls get older (in case they decide one day that blush is not their thing).

I love how it’ll serve them even on into the teenage years. And if we eventually want it to look more grown-up for a guest bathroom if we stay here long enough for an empty nest, it can be done.

I’m so amazed at the difference from a couple of months ago. 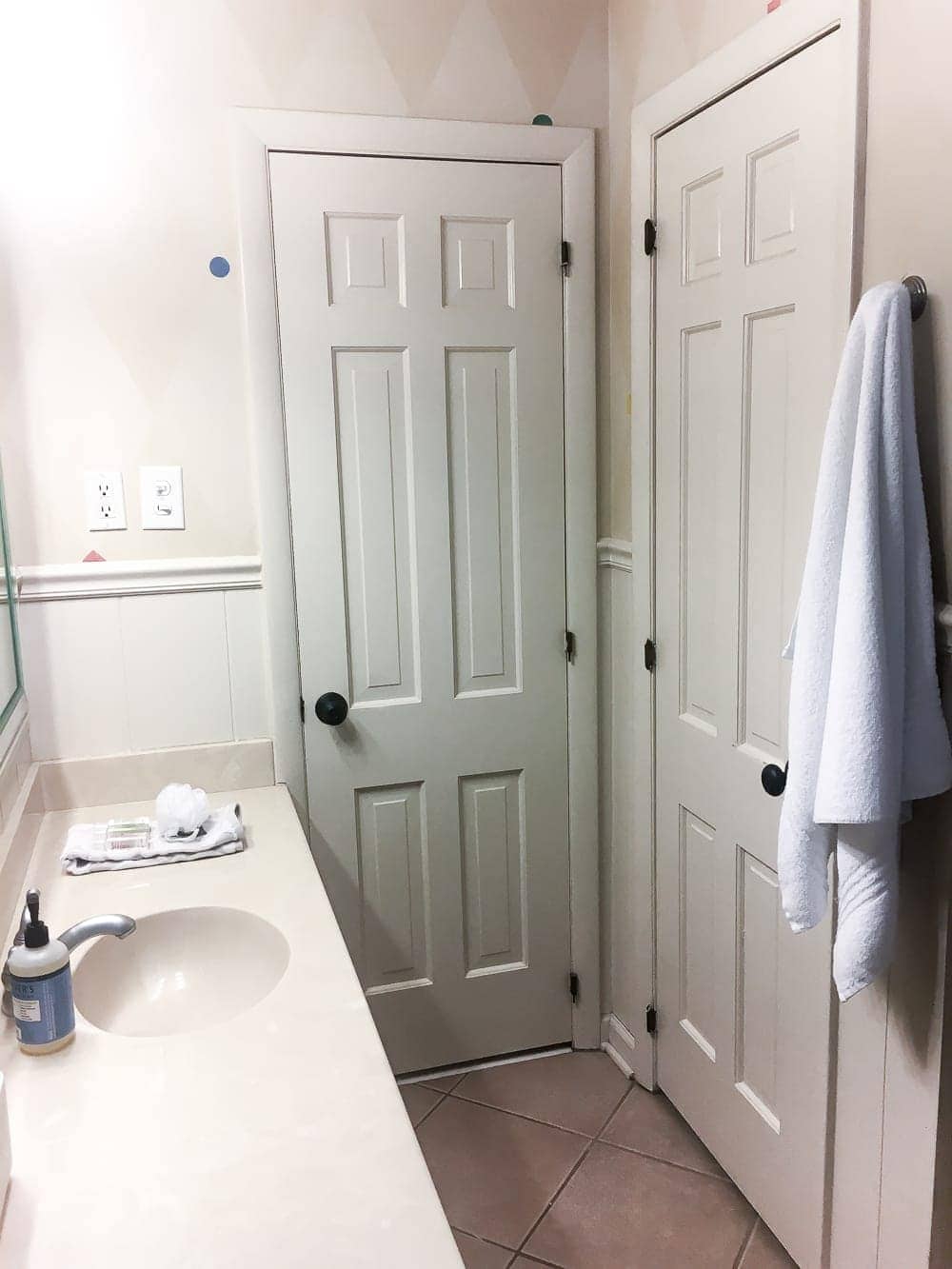 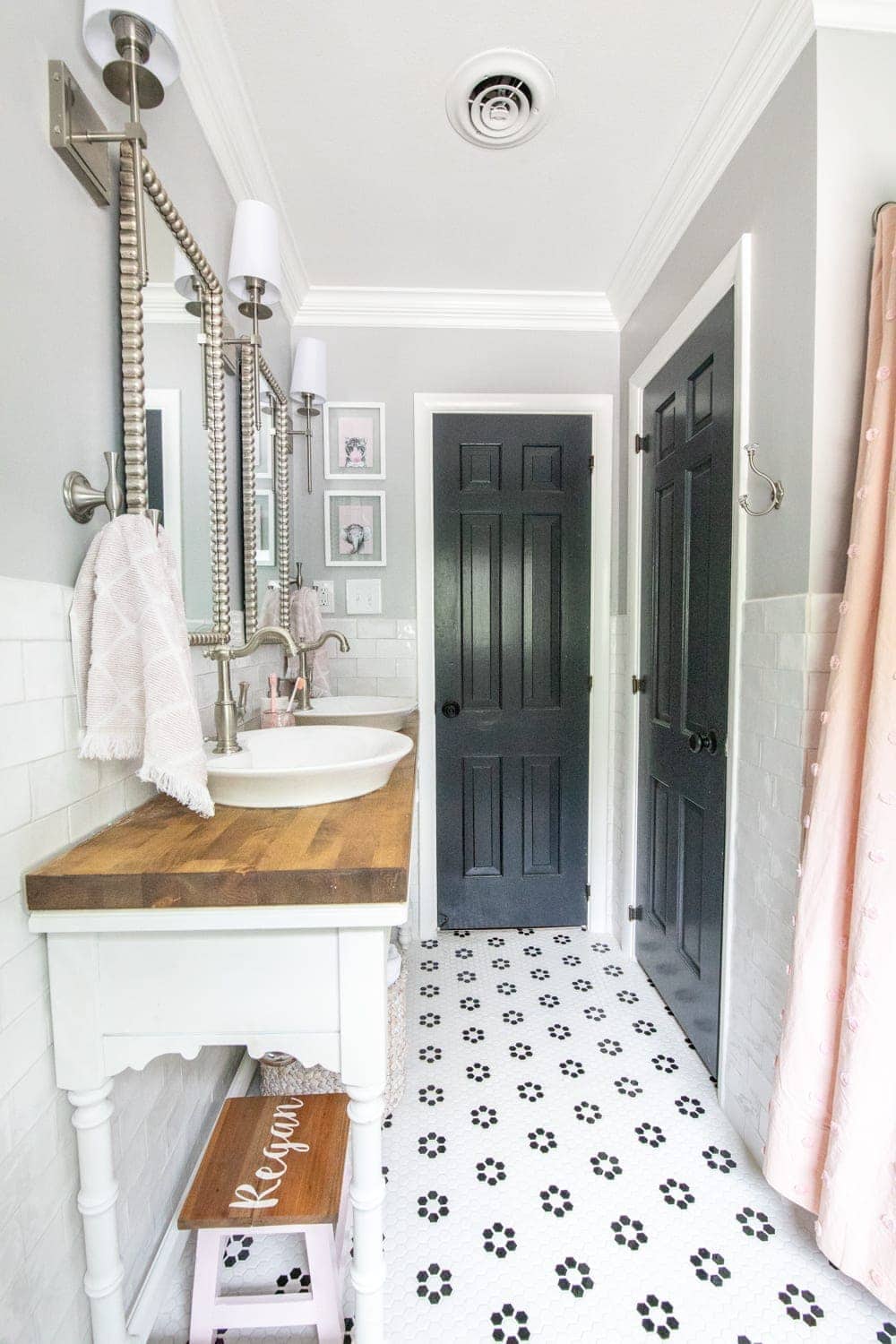 This cute space has so much whimsy and personality just like they do, and I think that’s why it has such a big place in my heart. It reminds me of them.

If pictures could talk, this one would be squealing for joy right now… just so you know. 😉 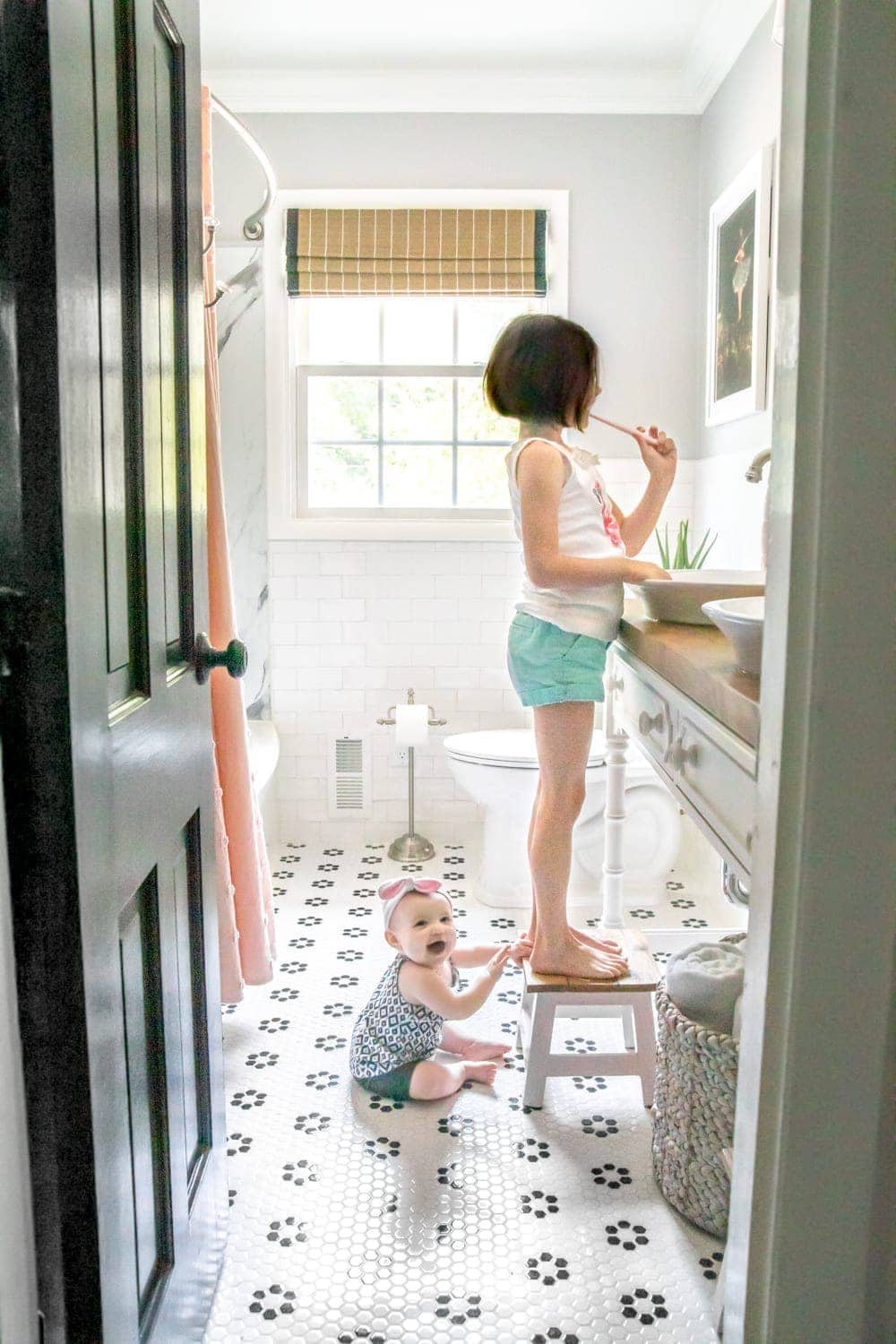 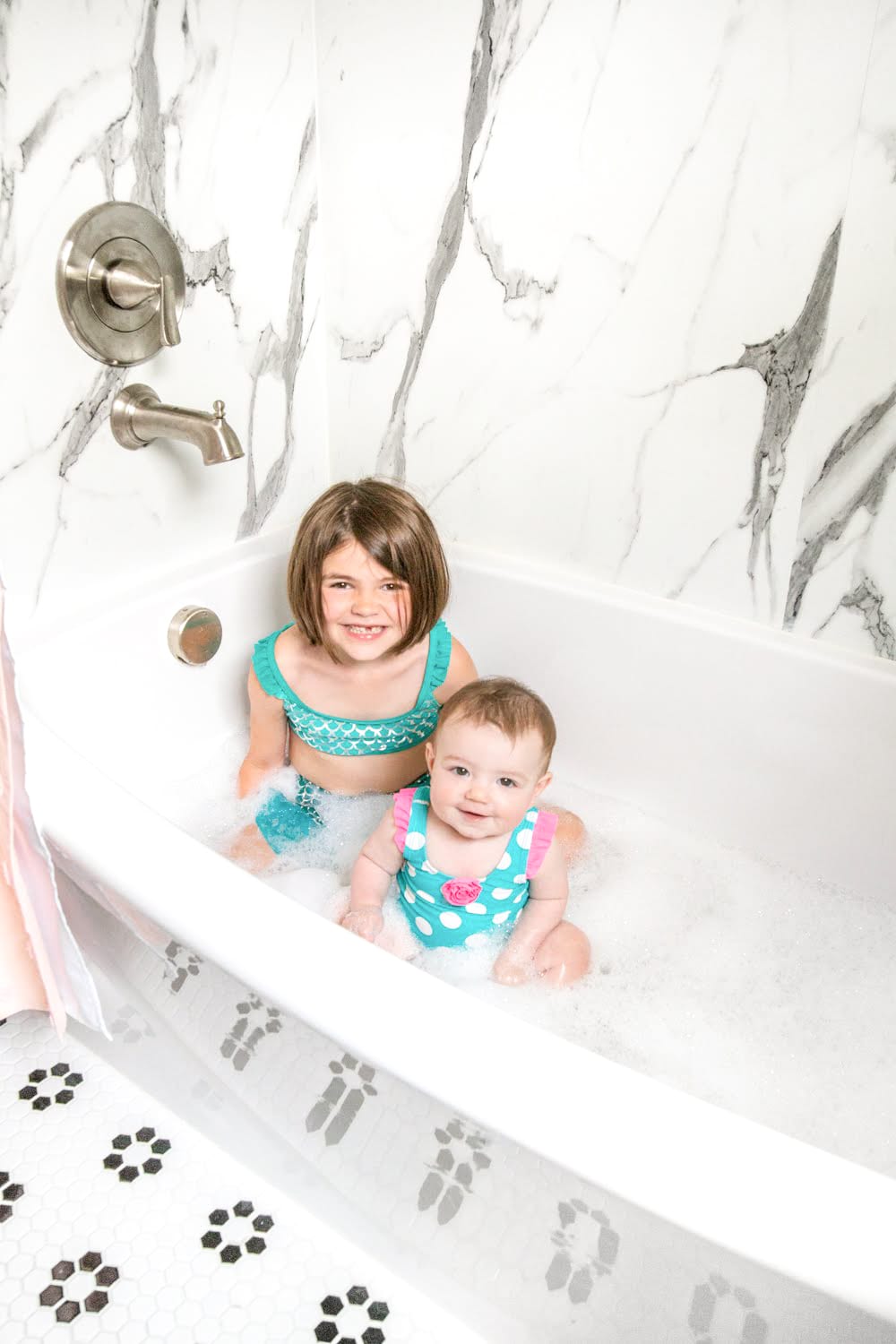 I’ll share more of the decorative details and sources in a later post since there are so many. But right now, I predict lots of girly bubble baths in our immediate future. 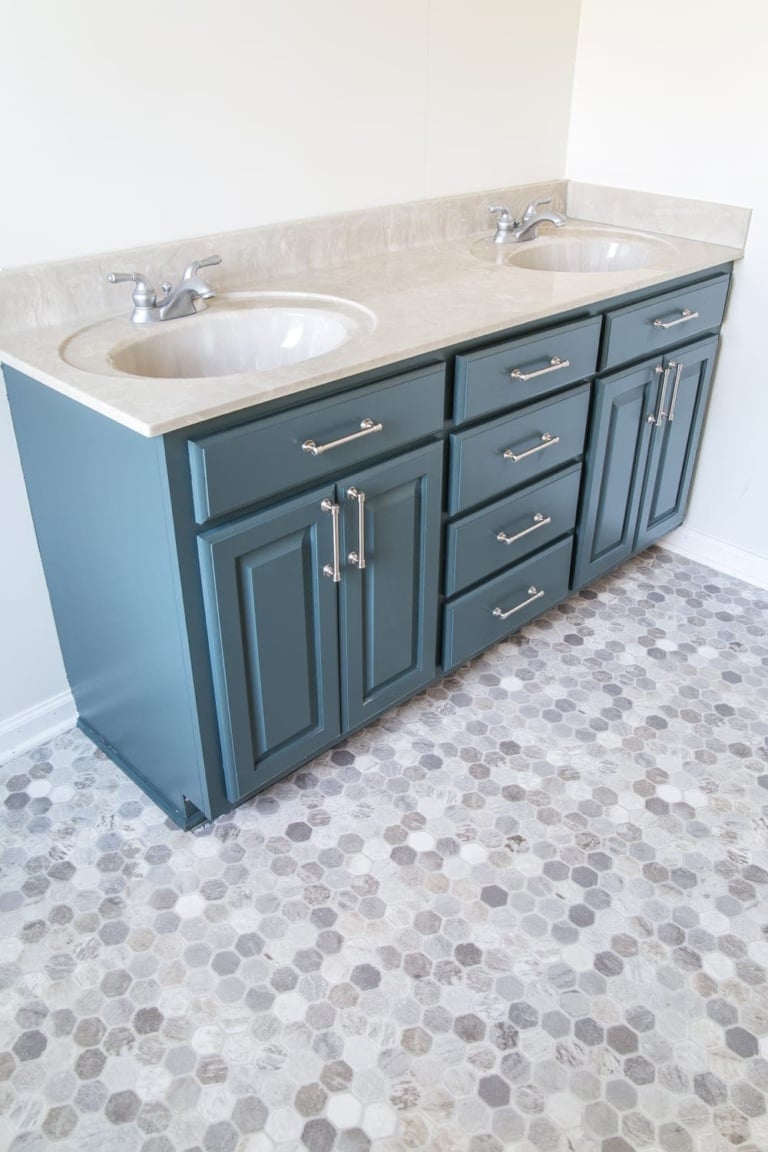 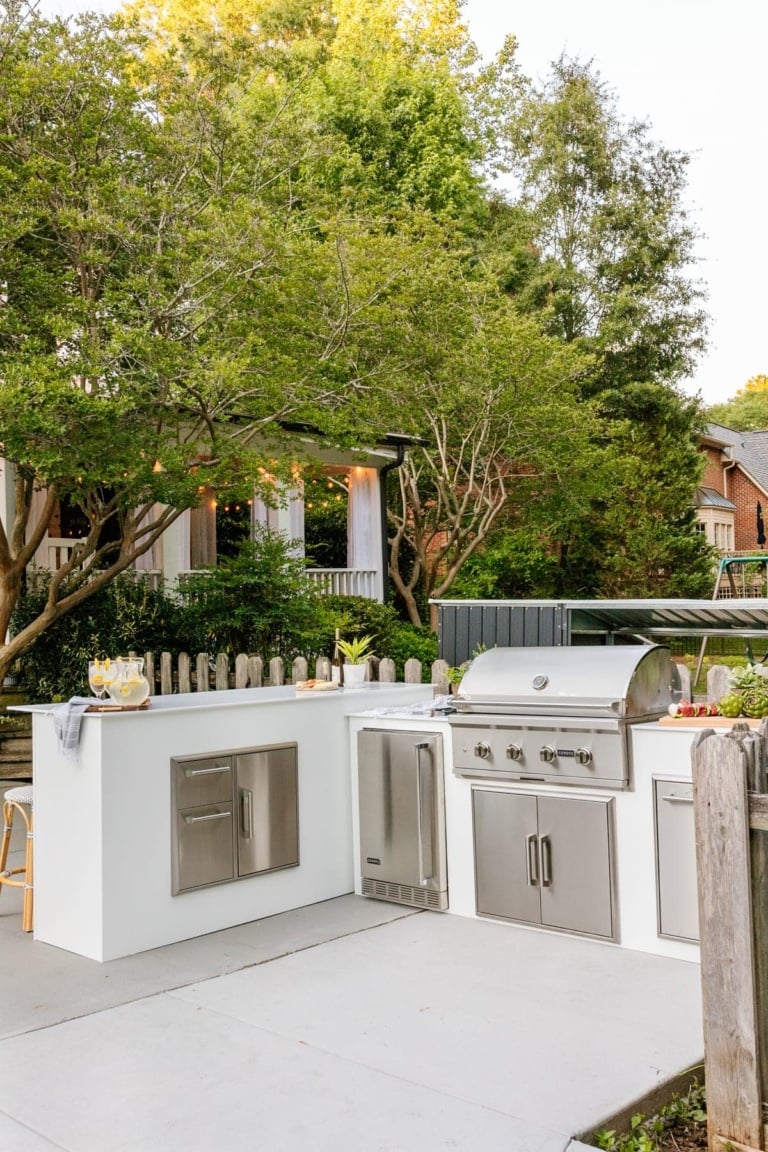 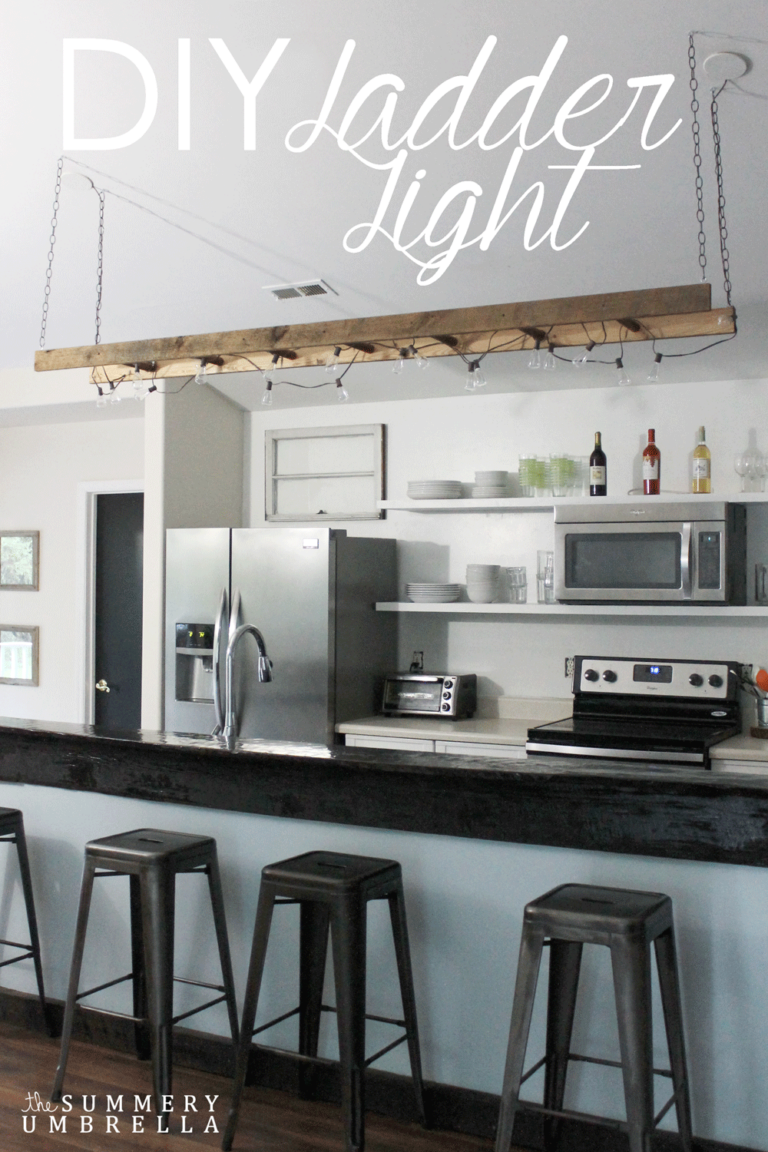 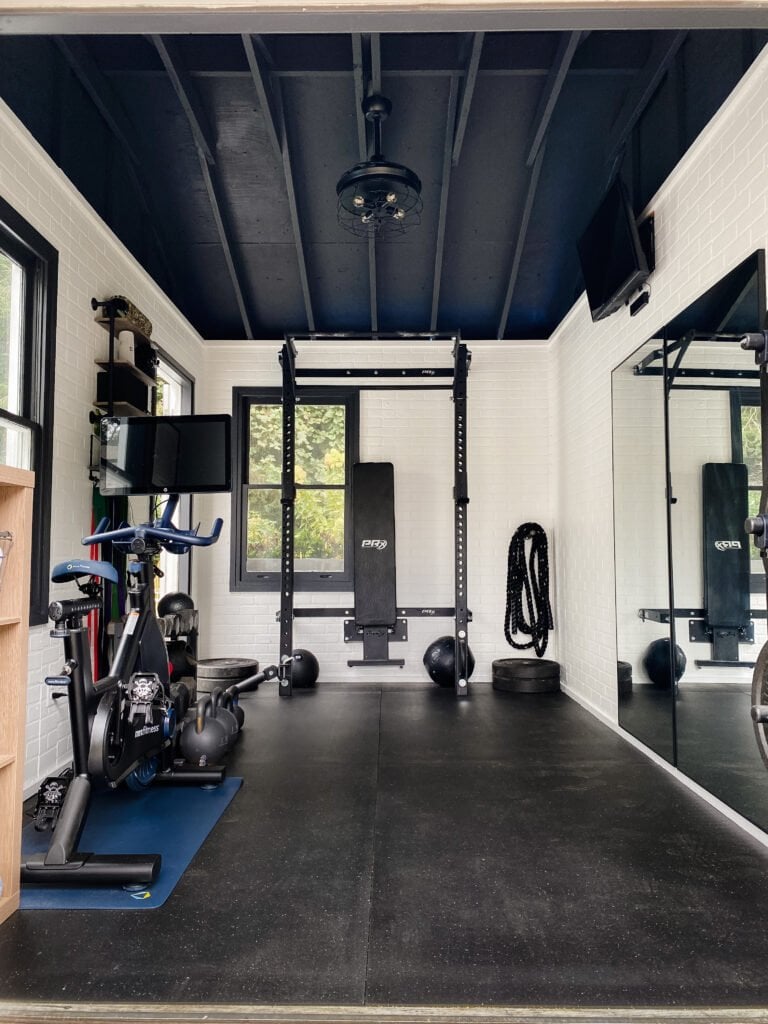 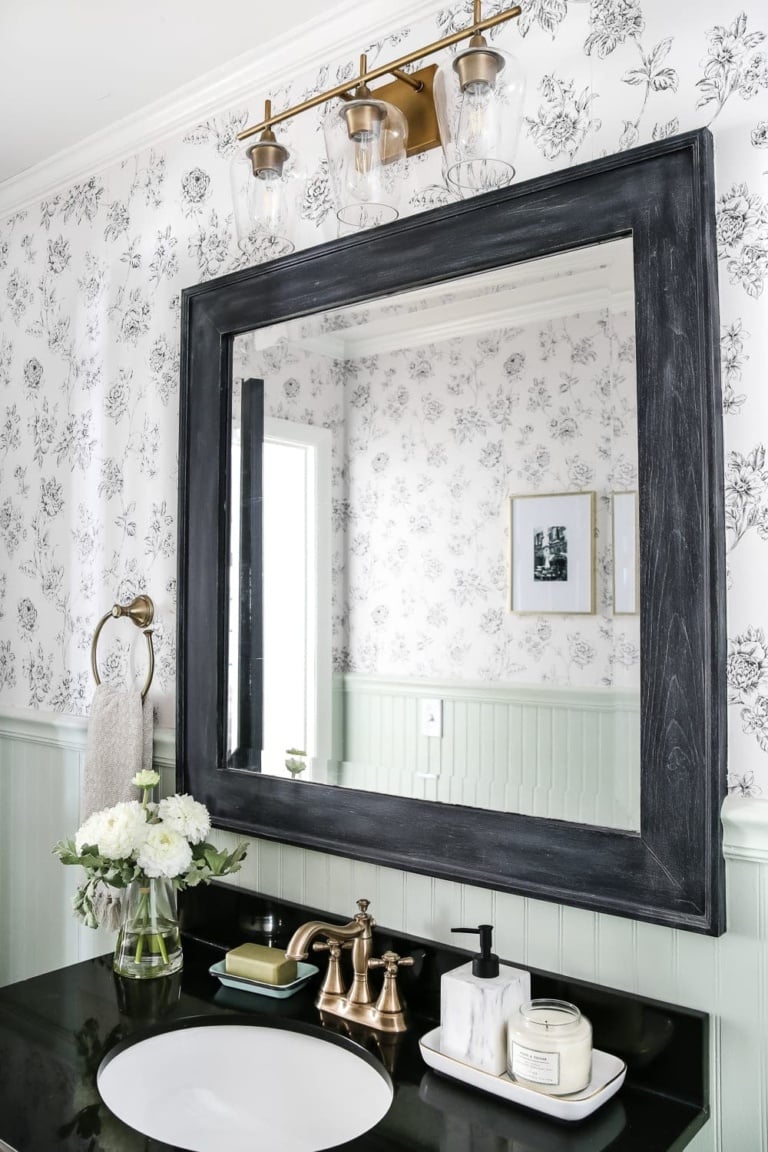 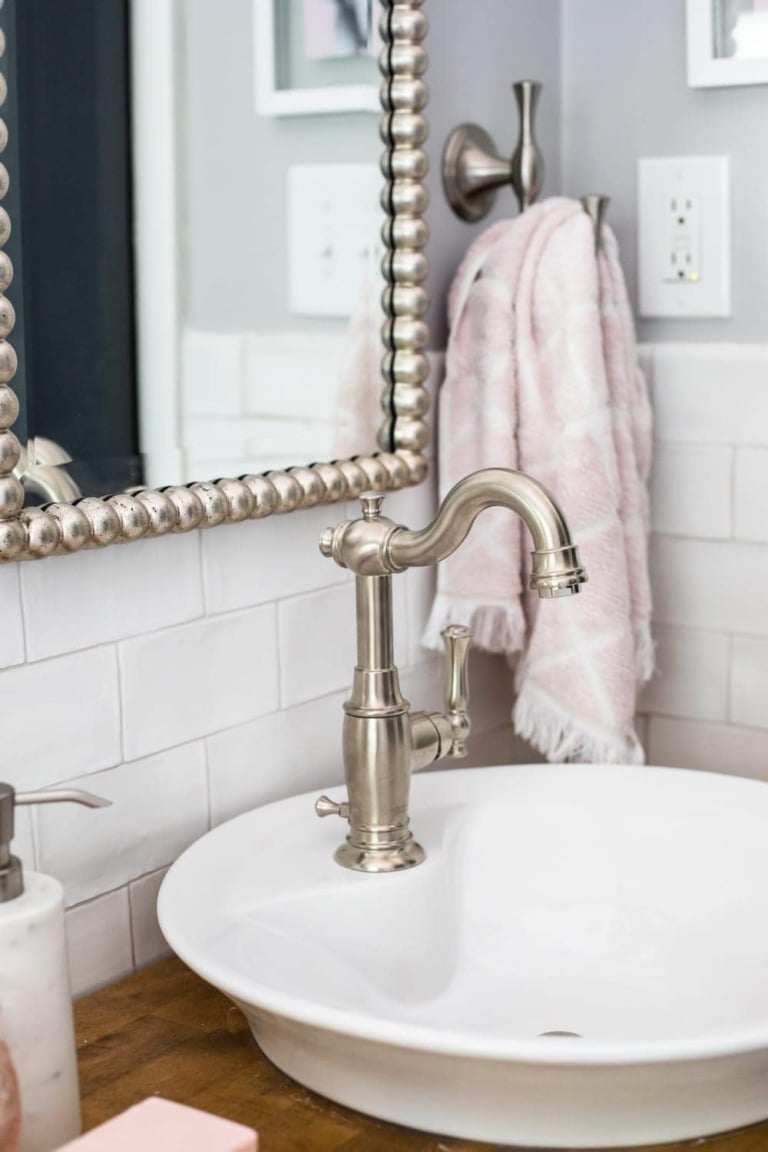